The size of Apple’s iPhones has fluctuated quite a bit over the last several years. The days of smaller iPhones – save for the iPhone SE 3 – are now well and truly over. Apple will not release an iPhone 14 Mini; instead, that model will be replaced by the iPhone 14 Max.

How Big Will The iPhone 14 Be?

Why is Apple making its iPhone 14 models smaller? The only reason I can think of is to do with the notch – or, more specifically, the lack of a notch on Apple’s new iPhones. By removing the notch on all iPhone 14 models, Apple has basically freed up a large section of the display that was previously unusable. The phones’ screens can now be a smidge smaller and still over the same experience.

That’s my take on things, anyway. I could be wrong. But so too could the rumor about Apple shrinking the size of the displays used on the iPhone 14. This particular leak does come via the fairly reliable leaker @shadow_leak, though, so I’m inclined to think that this could indeed play out when Apple launches the iPhone 14.

The only other slightly odd news about the iPhone 14 is that ONLY the Pro models will use Apple’s new A16 CPU. The base model iPhone 14 and iPhone 14 Max will use the existent A15 CPU, the same as the iPhone 13 and iPhone SE 3, which is an odd move by Apple. I’d be very surprised if this particular rumor turned out to be true – it’d anger plenty of users.

Apple’s Pro models have also been clearly differentiated from Apple’s standard, base models. Usually, it relates to things like the camera modules and features. This is fine. But when you start messing with core, internal specs like the chipset, I feel like that’s a bridge too far – even for Apple. Why should iPhone 14 and iPhone 14 Max users miss out on the new A16 chip?

Either way, whatever happens, this year’s iPhone 14 line-up is looking to be pretty divisive. You have lots of potential changes including the removal of the notch, changes to what chipsets run in which phones, and, of course, different sizes for all of the models – and not bigger sizes, either. All of Apple’s iPhone 14 phones will be slightly smaller than its current iPhone 13 range.

Wanna stay on top of all the latest iPhone 14 leaks and news? Be sure to check out our dedicated iPhone 14 Latest News & Leaks Resource Hub – it has everything you need to know about the new phones. Apple’s 2022 iPhone 14, now under development, will feature 120Hz ProMotion displays in all models as well an in-display TouchID sensor, and updated camera tech... Apple has used a notch on its iPhones since the release of the iPhone X. But in 2022, the company will remove the notch on select iPhone 14 models... 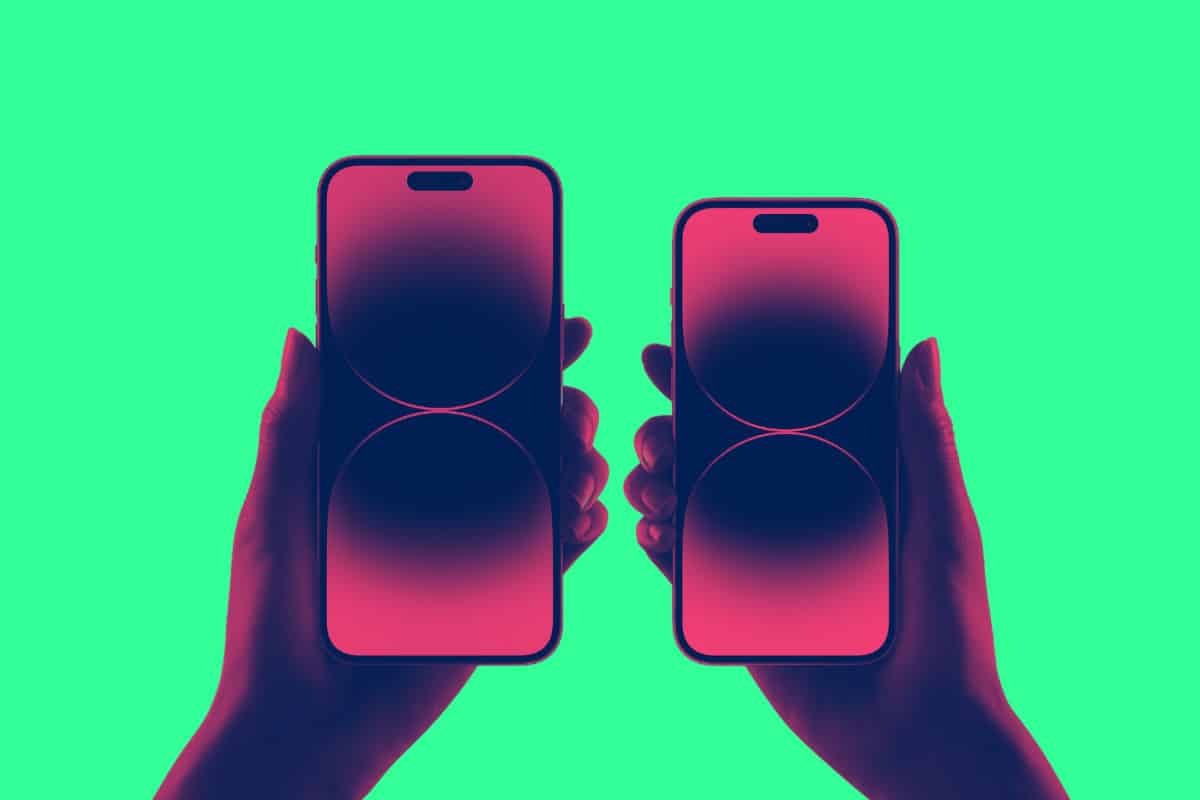 How Big Is The iPhone 14 Pro Max? Size & Dimensions Detailed…