Welcome to our iPhone 12 vs iPhone 11 Pro comparison! For the last several years, much of the technology from the previous “pro” model of iPhone for any given series gets passed along to the newer “regular” generation of iPhone when the new series debuts. For example, some of the tech from the 2018 iPhone “pro” model, the iPhone XS, made its way into the non-pro model of the 2019 iPhone 11.

But if you bought an iPhone 11 Pro last year, is it worth upgrading to the iPhone 12 this year? Or would that be a step back? Let’s take a look at both phones to find out. 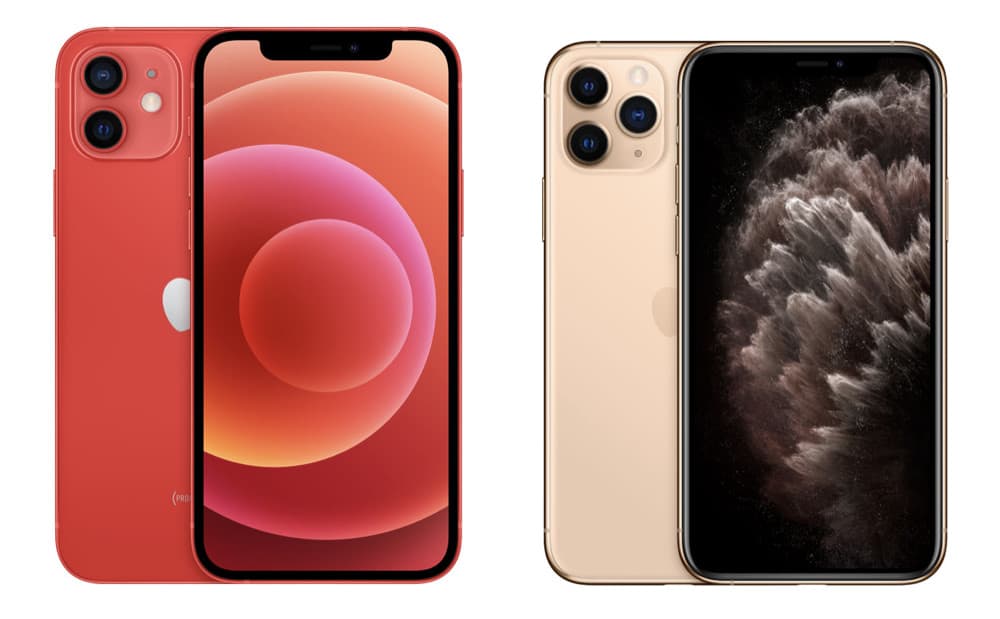 Look, we know it’s considered a given that a “pro” model iPhone has a better design aesthetic than a non-pro variant, but here that’s not the case. Even though the iPhone 11 Pro uses better materials, like a stainless steel frame, we think the iPhone 12 just looks much better.

Other than that, the phones are pretty similar from a design perspective. Both feature all-screen designs and Apple’s Face ID biometric authentication system.

Winner? iPhone 12 – Though the aluminum body of the iPhone 12 can’t match the stainless steel edge of the iPhone 11 Pro, that Ceramic Shield glass is a major upgrade when it comes to durability.

It should be noted that both phones, however, do have the same underlying display tech. Both the iPhone 12 and the iPhone 11 Pro feature OLED Super Retina XDR display panels.

Winner? iPhone 12 – While the underlying display tech is the same–both have Super Retina XDR OLED displays–the iPhone 12 has the better resolution and larger display.

Another area where the entry-level iPhone 12 beats last year’s pro variant is in the processing department. The iPhone 12 features the all-new, blazing fast A14 Bionic chipset. That CPU is up to 25% faster than the A13 Bionic found in the iPhone 11 Pro. Of course, the A13 Bionic could still run circles around almost every Android processor on the market today, however, it’s topped by the speed and power of the A14 chipset.

However, when you flip the devices around, you immediately see their differences. The iPhone 12 only comes with a dual-lens 12MP wide and ultra-wide system. The iPhone 11 Pro, on the other hand, has a triple-lens rear camera system.

The iPhone 11 Pro has a 12MP wide, 12MP ultra-wide, and 12MP telephoto lens rear camera. No matter which way you cut it, that beats the dual-lens camera on the iPhone 12.

Winner? iPhone 11 Pro – There’s no denying that the iPhone 11 Pro still has the superior camera array even though the phone is a year older.

MORE: A “Portless” iPhone WILL Happen – It’s Just A Matter of Time…

However, the iPhone 12 retakes the lead in the power-management department because it supports Apple’s new MagSafe wireless charging!

Winner? iPhone 12 – Even though it’s got an hour less battery life, the new MagSafe charging feature is just too cool. 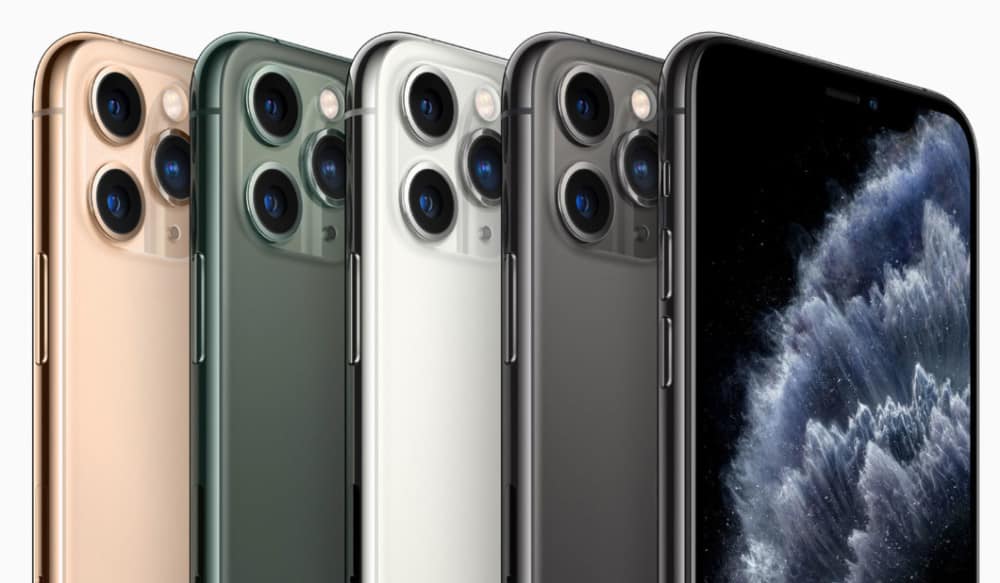 There is much to love about the new iPhone 12. And it beats the iPhone 11 Pro on multiple fronts, including having the better, stronger display; having a superior processor that is up to 25% faster; and the MagSafe charger.

So, if you are wondering about whether you should ditch your 5.8in iPhone 11 Pro for the iPhone 12–I would say don’t do it. You’ll gain 5G and MagSafe charging, but you’ll lose one of the biggest benefits to owning a Pro model–that amazing triple-lens camera system.

MORE: Which iPhones Have OLED Screens? A Quick Guide… Here are the specs for the iPhone 11 Pro:

And here are the specs for the iPhone 12:

Be sure to check out our iPhone 12 mini vs. iPhone 12 Pro Max comparison, too!