iOS 13 picks up where Apple’s iOS 12 update left off; you can see all the updates Apple made to iOS 12 inside our iOS 12 Update Break-Down. As usual, there were a few issues with iOS 12, hence all the updates and tweaks. Unfortunately, it’s looking like iOS 13 will be a similar affair – lots of bug fixes and tweak-oriented updates as we move towards iOS 14 aboard the iPhone 12 in 2020.

MORE: The #1 Sites On The Web For Downloading EPIC iPhone Wallpapers

While there are literally dozens of new features inside iOS 13 we know you want to know what the biggest, coolest ones are. Our top picks are below. Dark Mode is, obviously, the biggest change. You will need an OLED iPhone to get the most out of Dark Mode, meaning its battery-saving abilities, but it will still look very cool on LCD iPhones like the iPhone XR. 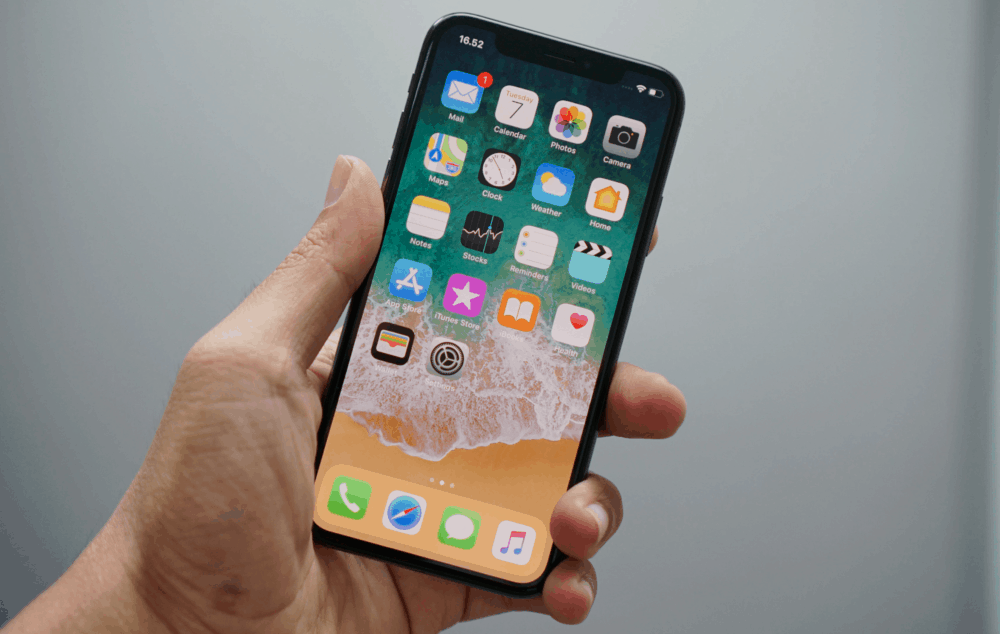 Dark Mode has been something of a phenomenon these last few years. Ever since word got out about Google and Apple testing dark mode UXs for Android and iOS, users have been chomping at the bit for its addition to Google and Apple’s mobile platforms. Well, for iPhone users the wait is now over – iOS 13 features FULL support for Dark Mode. And as you can see below, it looks proper cool… 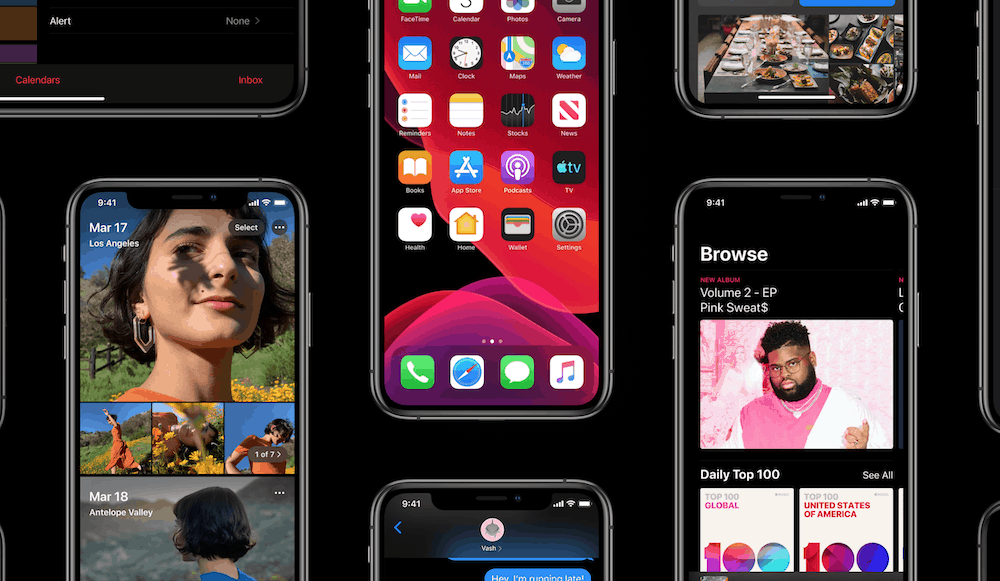 Yep, iOS 13 FINALLY brings Dark Mode to the iPhone. Fans have clamored for a dark mode in iOS for years and it’s finally here. As of the latest iOS 13 release, Dark Mode looks stunning. Here’s how Apple describes the new feature:

“Dark Mode introduces a dramatic new look for iPhone. It’s thoughtfully designed to make every element on the screen easier on your eyes and is seamlessly integrated throughout the system. And it’s simple to turn on from Control Center or set to automatically turn on at night.”

Want to know how to enable Dark Mode on your iPhone? Check out our dark mode on iPhone and iPad guide here. 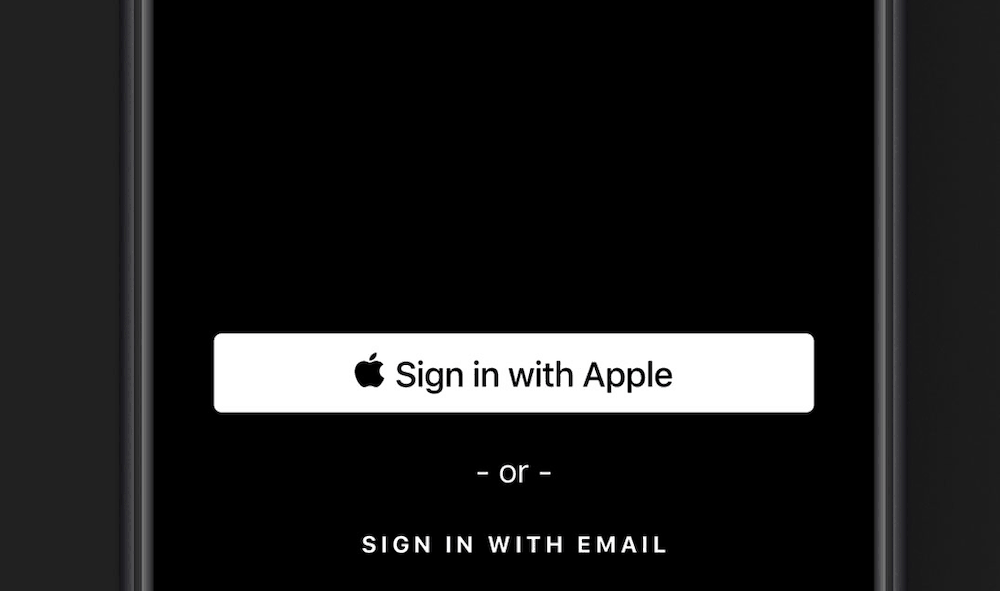 These login systems simplify the sign-up and sign-in process for apps and websites. However, they also act as massive data miners for Facebook and Google, allowing them—and the apps and sites you log into with them—to suck up a ton of data about you and your activities.

Finally used an app where I was promoted to Sign in with #Apple
Pretty streamlined process: continue > select you email > faceID > done pic.twitter.com/52LertspnD

Apple’s “Sign In With Apple”, on the other hand, is built around privacy. Here’s what Apple says about the feature: “Instead of using a social account or filling out forms, verifying email addresses or choosing passwords, customers can simply use their Apple ID to authenticate and Apple will protect users’ privacy by providing developers with a unique random ID.

iOS 13 also sees a major overhaul of Siri’s voice capabilities. While Siri’s voice has improved over the years, it still sounds a bit robotic because algorithms are piecing together parts of recorded speech to make words and sentences. Well this technique is gone in iOS 13. Now Siri’s voice is now completely sythetic, making it sound much more fluid and natural.

“The new Siri voice uses advanced neural text‑to‑speech technology to sound incredibly natural, particularly when speaking longer phrases, like when reading the news or answering knowledge questions,” according to Apple.

You can listen to it below: 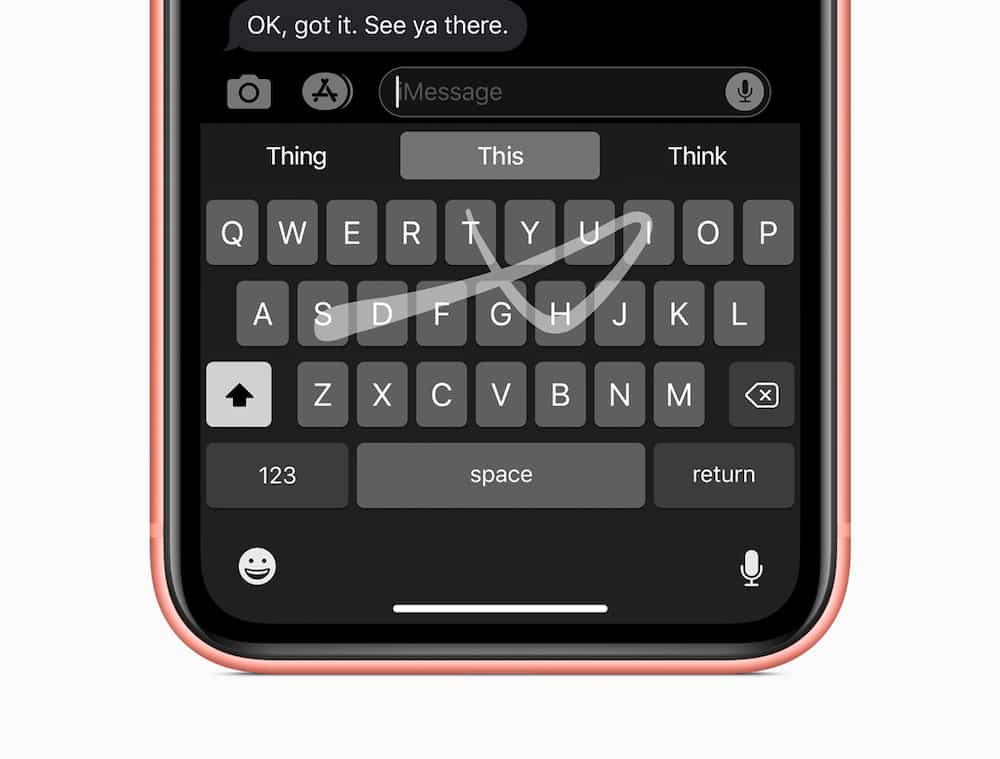 Another great new feature of iOS 13 is Apple has finally brought a native swipe keyboard to the iPhone and iPad. Swipe keyboards have long existed in third-party add-ons for iOS, but with Apple building the tech into iOS 13, more people are sure to discover just how useful swipe keyboards can be. Apple refers to its new swipe keyboard as “QuickPath”, by the way.

Apple has made great strides in making Apple Maps much improved since its disastrous launch over six years ago. And Apple Maps in iOS 13 shows the company is almost on par with Google Maps now.

That’s because Apple Maps in iOS 13 now features Apple’s version of “street view”. Apple is calling their version of street view “Look Around”—and quite frankly, it looks much better and more fluid than Google’s Street View.

Apple Maps also gains an insanely high amount of base-map data. As Apple explains, “After driving 4 million miles to rebuild the base map from the ground up, Apple is delivering a new Maps experience with broader road coverage, better pedestrian data, more precise addresses, and more detailed landcover. The new map is available now in select cities and states, and will roll out across the US by the end of 2019 and to more countries in 2020.”

iOS 13 is now Apple’s latest software for iPhone and iPad; it comes as standard aboard Apple’s brand new iPhone 11 handsets.