iOS 12 Best New Features For iPhone (And iPad, Too!)

By Michael Grothaus
Updated: 10/01/19 - 8 min read
Phones
Apple's iOS 12 update is one of the biggest we've ever seen. There are A LOT of new features, but these – in our opinion – are iOS 12's top new features for iPhone and iPad... Click to Tweet

While not the flashiest update, iOS 12 is going to bring huge performance improvements to older devices. And I for one welcome this, even though I use an iPhone X. That’s because I’m sick of the conspiracy theories that purport that Apple deliberate slow old devices.

iOS 12 will see older devices get speed boosts of up to 70% on certain tasks and launch apps 2x faster. And iOS 12 will run on all the devices iOS 11 currently supports.

iOS 12 is gaining support for group FaceTime calls. You can now group FaceTime video chat with up to a staggering 32 people at one time. And Apple has created a gorgeous interface for handling that many people.

Memojis are custom avatars users can create of themselves. While Apple isn’t the first company to come up with custom avatars, it’s certainly done them the best. That’s because Apple’s Memojis are HIGHLy customizable. Everything from skin color to haircut to the shapes of noses and ears can be customized–even freckles!

And as with Animojis, you can use Memojis in FaceTime calls.

Screen Time is a new digital health feature that allows users to see how much time they are not only spending on their iPhones but on individual apps themselves. The feature offers you a powerful dashboard that breaks down app usage by not only time but the time of day you spend on the apps.

You can even set time limits for apps–perfect to break your Facebook addiction. Also, Screen Time will let parents monitor their children’s app usage right from their own phones.

Another welcome feature is grouped notifications. This is one borrowed from Android–and rightly so. Grouped Notifications will now group all of the notifications you received by app or subject (if, for example, it’s multiple notifications from the same Messages group thread.

The feature is highly welcomed as it will really help declutter your Notification Center.

Siri Shortcuts take Siri to the next level–and perhaps for the first time ever, make Siri useful. Users can now record their own Siri commands that, when spoken, will have Siri perform a pre-recorded workflow to automate any number of tasks.

For example, a user could say “Siri, I’m driving home” and Siri would then know to pull up directions in Maps, turn on their favorite podcast app and stream it to their car radio, and use HomeKit to set the temperature of their house to the desired level.

With iOS 12, Apple is again doubling down on privacy. This time the company is building blockers to Safari that stopes websites and advertisers from tracking you around the web through Share buttons and comment fields.

iOS 12 will also prevent advertisers from identifying you with the common tactic of reading your device’s unique characteristics, like the type of fonts installed, to identify you.

Finally, Voice Memos is coming to the iPad! The uber-popular iPhone app is beloved by students and journalists around the world for being an easy way to record audio notes. Now that it is coming to iPad (and the Mac!) users will be able to record voice memos on all their devices and have then since between them using iCloud. 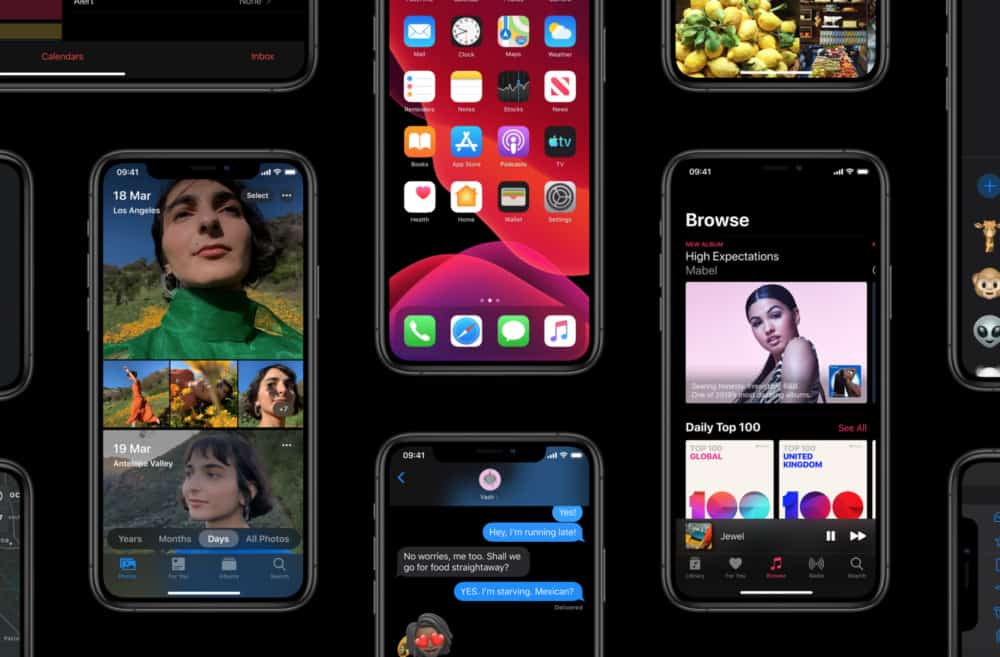 If you’ve bought – or are thinking of buying – a shiny new iPhone XS then chances are you’ve already heard of the various issues that have been impacting the new device since launch. Just like any tech product, Apple’s phones aren’t immune to technical gremlins and bugs, and the company has been slightly embarrassed by the fact that its latest flagship has a few unfortunate software problems under the hood.

‘Chargegate’ – a playful dig at the infamous ‘Antennagate’ from the iPhone 4 days – was perhaps the most annoying problem new owners have faced; some iPhone XS users reported that their devices were refusing to charge via the bundled Lightning cable and would only register a charge was in progress when they were woken from their sleep – leading to a few dead iPhones in the morning.

However, other problems – such as poor Wi-Fi reception in areas where previous iPhones had experienced no difficulties – were just as frustrating, especially when you consider this is a handset that costs the best part of £1000. Wireless connectivity is a basic function that most people rely on throughout the day, so having spotty service isn’t exactly a welcome event.

Thankfully, Apple has issued fixes for these two problems – and a few others – in the first OTA update for its new iOS 12 operating system. The iOS 12.0.1 patch notes state that it fixes that high-profile charging issue and also resolves the problem relating to the phone joining known Wi-Fi networks at 2.4GHz instead of 5.0GHz, which we assume will solve that irksome wireless networking bug.

That’s not all. There are some other bugs that are squashed by this update; one relates to the position of the ‘.?123’ key on the iPad’s virtual keyboard (we didn’t notice that one, we have to admit) and a fault where subtitles would sometimes fail to appear on videos being watched in various video playback applications. The final fix – or at least the final one Apple has made note of, as these updates sometimes hide other changes, too – fixes a Bluetooth connection problem present in iOS 12.

Your iOS device should notify you when the update is ready, but if you’d like to force it to install, simply navigate to Settings > General > Software Update on your iPhone or iPad. Remember, it’s not just iPhone XS owners who benefit from this – older iOS devices will also get the update, assuming they’re still part of Apple’s update strategy, of course.

It’s great to see Apple react so swiftly to these early teething troubles; Chargegate, begone! Let’s not speak of it anymore, OK?