How Much RAM Will iPhone 14 Have? A LOT More, Says Leaks…

Part of the reason Apple’s iPhones have been so successful is how they’re built and designed. And I’m not just talking about the hardware. Everything inside an iPhone from its CPU to its software is custom-designed by Apple to be as efficient as possible.

This is why iPhones have ALWAYS had less RAM than their Android counterparts but still managed to outpace nearly all of them with respect to overall performance and smoothness when using the phone. And Apple’s custom-silicon – its A-series – only served to compound this effect further.

But all this is about to change with the release of the iPhone 14 later on this year, leaks suggest. And it is very good news for those of us that use non-Pro iPhones like the iPhone 14 and the iPhone 13 mini’s replacement, the iPhone 14 Max.

How Much RAM Will iPhone 14 Have?

As always, nothing will be 100% certain until the phones are released, so it could go one way or another – but 6GB on all models does sound reasonable given the circumstances. And it’d also bring with it plenty of performance updates to Apple’s base model iPhones which would be great for marketing.

Can You Trust Leaks?

On occasion, leaks do turn out to be true. But most tend to start life on Twitter or Weibo and are impossible to verify. As most of you will know, people will do anything for likes and retweets and followers on social media sites like Twitter, so you must always take whatever is said on these platforms with a pinch of salt.

The logic behind this “8GB update” leak is that it’d make Apple’s iPhone 14 Pro models comparable to Samsung’s Galaxy S22 phones. But when as Apple ever attempted to do this? It never actively competes with Samsung’s releases because it knows, for the most part, it doesn’t have to – Apple sells way more of its flagships than Samsung.

Samsung sells more phones, in general, but the vast majority of its sales volume comes from cheaper models. This is how Apple can sell fewer phones overall but still make more money – it has far better profit margins than Samsung. And while I would love an iPhone 14 Pro with 8GB of RAM, if it does happen later this year it will be for functionality and performance, not for keeping up with Samsung.

In fact, it is quite the opposite. With Apple’s A15 CPU inside its iPhone 13 range, the company is already way out in front of Samsung with respect to performance and processing power. And with the release of the A16 in 2022, this gap is only going to widen.

Apple knows it can do more with less RAM than its competitors. This is why it consistently uses less RAM than its competitors. That, and the way iOS and Android handle RAM is completely different (Android, by design, requires A LOT more). Apple’s logic makes sense, though, because the less RAM you use, the cheaper the cost of making the phone. And the cheaper that is, the better your profit margin is per unit. 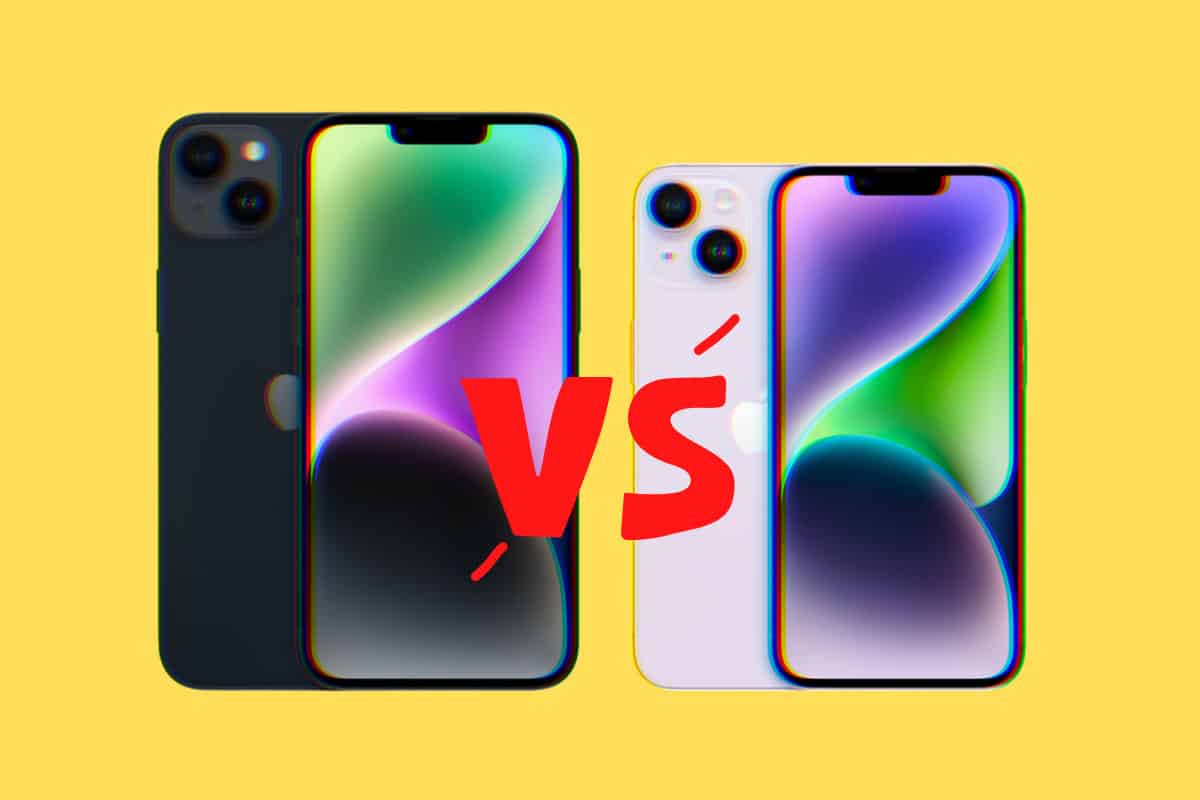 Apple has released its new entry level iPhones for 2022. But just how does the iPhone 14 vs iPhone 14 Plus battle play out?