By Richard Goodwin
Updated: 03/06/20 - 9 min read
Phones
Xiaomi phones are incredible devices for the money, packing in the latest technology and specs but retailing for almost 60% less than an iPhone… But which are the best ones to buy right now? Click to Tweet

When it comes to specs and performance, the Xiaomi Mi 9T Pro is more or less impossible to beat. This devilishly good-looking phone packs in specs and hardware that’d make the iPhone 11 Pro Max blush. And best of all it retails for just $419 – that’s around 60% less than Apple’s flagship. The Xiaomi Mi 9T Pro is a gorgeous phone, packing a large, expansive 6.93in FHD AMOLED display that features an in-screen fingerprint reader. Inside, you have Qualcomm’s latest Snapdragon 855 processor alongside 6GB of RAM and 128GB of storage.

And if that wasn’t enough, you have a triple-lens camera array on the rear and a 20MP pop-up selfie camera. The rear cameras – a primary 48Mp Sony lens that is accompanied with an 8MP telephoto lens and an ultra-wide 13MP lens – allow for impressively detailed shots full of detail and depth. And for this price, well… you won’t find anything else like it on the market.

The Xiaomi Mi 9 comes from the same stable as the Xiaomi Mi 9T Pro, which means it looks stunning and is packed with a ton of specs and functionality. Chief among them, it’s brilliant triple-lens rear camera setup which, in our experience, is up there with the best of them when it comes to image quality, depth of focus, and overall detail.

Inside, you have Qualcomm’s Snapdragon 855 CPU alongside 6GB of RAM and 128GB of storage. The Xiaomi Mi 9 also has some of the best battery life of any phone we’ve ever tested, so if that’s important to you, well… you’re in very good hands with the Xiaomi Mi 9. Very good hands, indeed!

Performance on this phone is better than Huawei’s vastly more expensive Mate 20 Pro. I also think it is a better looking and superior phone to Google’s Pixel 3a. Its nearest rival, in my eyes, is the OnePlus 7, though there’s not much to separate them save for the fact that the Xiaomi Mi 9 is cheaper. If value for money is your thang, but you don’t want to scrimp on quality and/or performance, the Xiaomi Mi 9 is hard to pass up.

Before the iPhone was using all-display frontages, Xiaomi was forging ahead with its original Mi Mix phone – AKA the first truly all-screen smartphone. Since then, things have progressed in the Mi Mix stable and the latest release, the Xiaomi Mi Mix 3, is a serious force to be reckoned with. 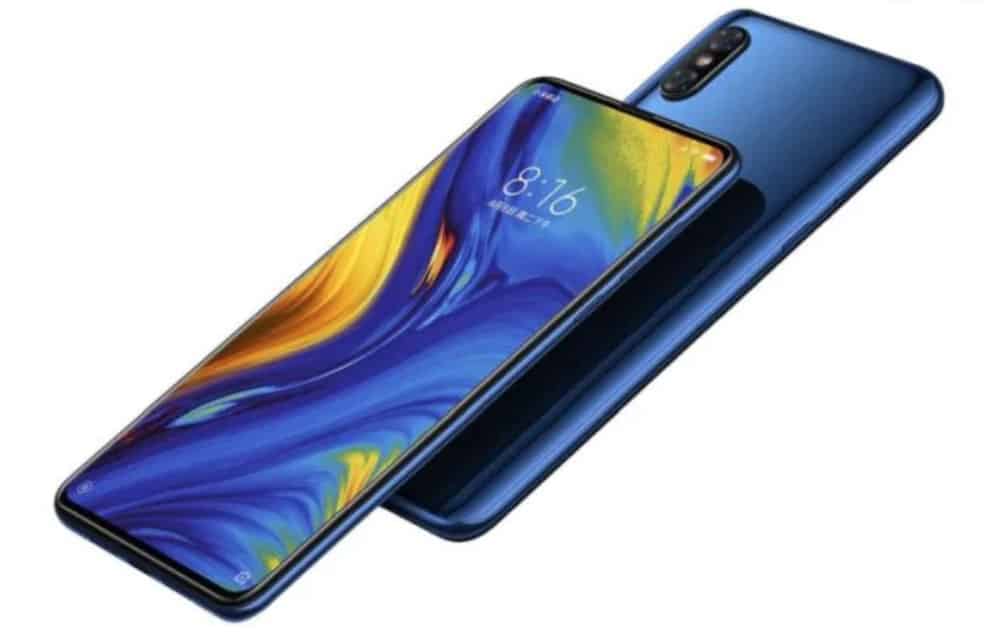 Like all the Xiaomi phones on this list, it is packed to the gills with the latest and greatest technology, including one of the most gorgeous displays we’ve ever seen. The display slides down as well. Why? Simple: to reveal a hidden front-facing camera. Why is it hidden? Again, simple: to free up more room on the front of the device for the display.

The Xiaomi Mi Mix 3 is one of the more expensive phones on this list; it retails for $374 – but it is Xiaomi’s flagship phone, so that’s to be expected. Inside, you’ll find Qualcomm’s Snapdragon 855, 8GB of ROM, and 256GB of storage. It comes with a triple-lens camera array on the rear that takes stunning photos and video, and there’s a large, 3200mAh battery to keep the thing running all day long.

The Xiaomi Redmi Note 7 is a fairly cost-effective solution, even compared to normal Xiaomi phones which are already very cheap. Packing in a 6.3in 1080p display and Qualcomm’s Snapdragon 660 CPU alongside 4GB and 64GB of storage, the Xiaomi Redmi Note 7 isn’t as potent as the Mi Mix 3 or Mi 9, but it is still a very solid performer. 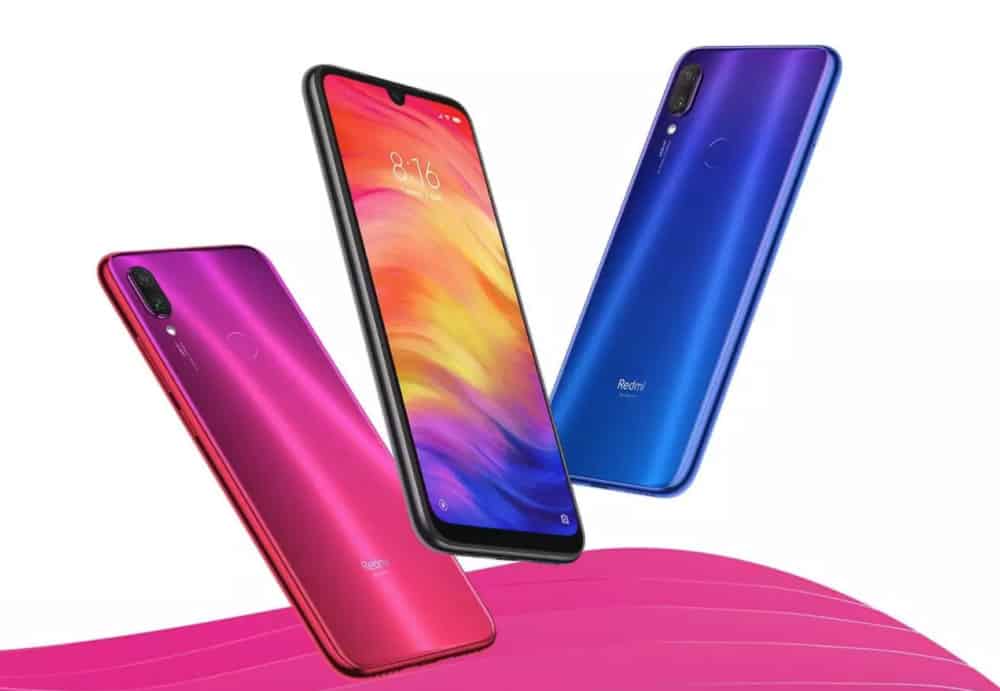 If you’re looking for a sub-$300 phone and you don’t need or require the latest and greatest specs and hardware, the Xiaomi Redmi Note 7 is an excellent option. It wipes the floor with similarly priced handsets like the Moto G7 and Moto G7 Pro. And it looks better too.

On the rear, you have a solid dual-lens camera setup (one 48MP sensor, one 5MP sensor) and there’s a 13MP front-facing camera for selfies. Battery life is excellent, as is general performance. As I said: this is a budget phone for Xiaomi, but don’t let that put you off. Compared to phones like the Moto G7, the Xiaomi Redmi Note 7 looks and feels like a top of the range iPhone.

If you’ve seen or used the Google Pixel 3a, the Xiaomi Mi A2 Lite will look and feel rather familiar. This ultra-budget phone packs in a ton of awesome specs and hardware, making it perhaps the best extreme-value-for-money option on this list. 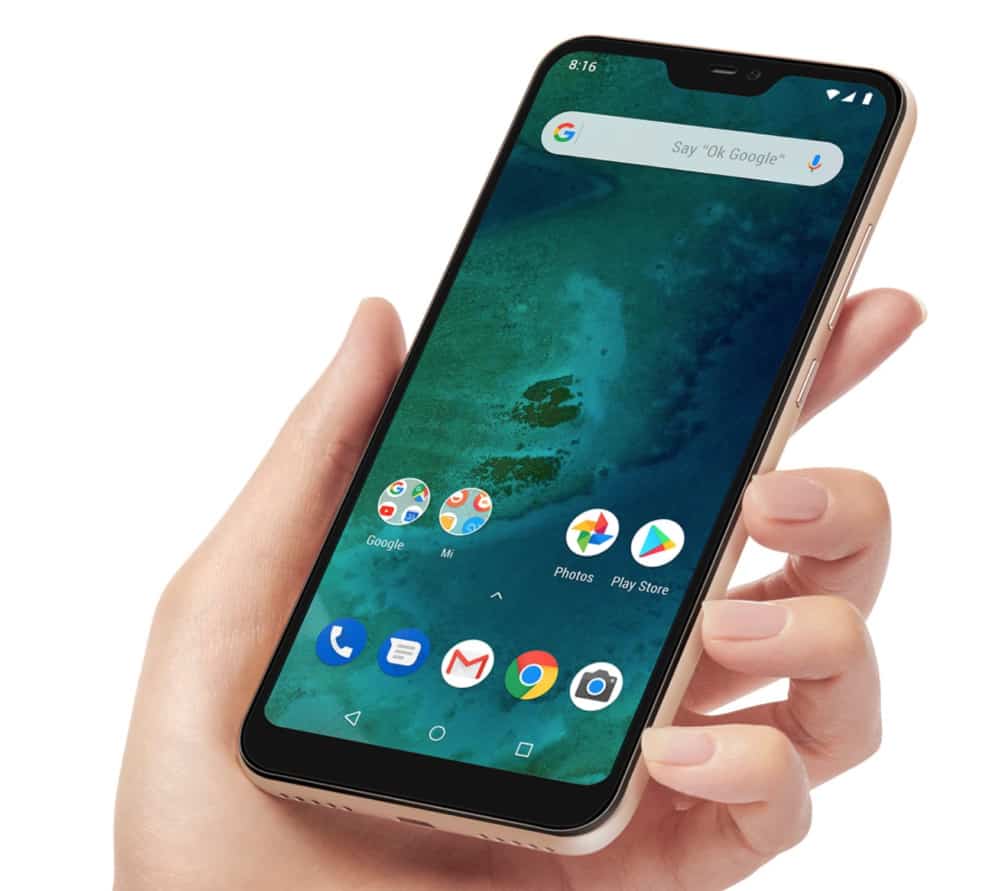 You have a 5.84in 1080p display, Qualcomm’s Snapdragon 625 CPU, 4GB of RAM and 64GB of storage, as well as a decent-sized battery for all-day performance. On top of that, you can expand the storage via the Xiaomi Mi A2 Lite’s SD card slot.

With respect to raw performance, the Xiaomi Mi A2 Lite won’t give the Mi Mix 3 or Mi 9 any trouble. But for the price – around $220 – it is very much in a league of its own when it comes to performance. You simply cannot get this kind of performance and/or specs at this price point anywhere else.

If you’re just after a functional smartphone with a great camera and battery life that can handle gaming and media, the Xiaomi Mi A2 Lite is almost impossible not to recommend. I honestly don’t even know how Xiaomi is making money on phones like these…

Do Xiaomi Phones Work In The US and UK?

Yes, Xiaomi phones are unlocked and will work on all major UK and UK networks. I’ve included links to both Amazon and GearBest in this post, which are affiliated, to give you an idea of the differences in price for these handsets. Amazon delivers quicker but is more expensive. GearBest ships from China, so delivery can take 8-10 days, though it can be cheaper in some cases.

I’ve had a few things from GearBest over the years and, most of the time, it takes about 7-8 business days for a package to arrive, so it’s not too bad. Amazon is a lot quicker – especially if you have Amazon Prime. If you have Prime you can get your Xiaomi phone delivered the next day. Just make sure that you purchase UNLOCKED versions of these phones, otherwise, they won’t work properly.

Why Are Xiaomi Phones So Cheap?

Xiaomi was one of China’s fastest-growing companies a few years ago. Back then, however, it was limited to its native Chinese market. In the last few years, Xiaomi has begun expanding into the US, UK, and European markets in a bid to better compete with the likes of Apple, Samsung, and OnePlus. Xiaomi even has a spin-off brand called Black Shark, which specializes in gaming phones like the Black Shark 3 and Black Shark 3 Pro.

And the reason Xiaomi phones are so cheap? Simple: the company is dedicated to making only 5% profit on each phone. To put that into perspective, Apple makes a 59% profit margin on all of its iPhones. Xiaomi is basically taking a profit hit on the chin in order to expand its presence and market share.

And it’s working too. As of September 2019, Xiaomi has an 8.9% share of the global phone market, just behind Huawei which controls 10.2%. Given the quality of Xiaomi’s phones and the insanely low prices, I expect its share of the market to increase dramatically between now and the close of 2020. No one else is doing phones quite like Xiaomi.

Why Xiaomi Phones Are 100% Worth It (In My Opinion)

For me, as someone that likes value for money, it is kind of impossible not to take notice of what Xiaomi is doing in the phone space. The company is making phones that look, feel, and perform as good as anything made by Samsung or Google and then, to further sweeten the proposition, it’s selling them for 40-50% less. Who wouldn’t like that?

This – along with a host of other reasons – is why millions of people are switching their allegiance over to Xiaomi. In a world were iPhones and Samsung phones cost almost a thousand bucks, the idea of getting a flagship-grade device for less than $400 is utterly compelling. Especially when they have everything their more expensive peers have – things like triple-lens cameras, masses of memory, and gorgeous OLED panels.

The only slight issue I have with Xiaomi phones is its MIUI software that is layered on top of Android. It’s not quite as bad as Huawei’s EMUI, but I do prefer stock Android to both. Thankfully, switching out MIUI is as easy as going to the Google Play Store, downloading the Pixel Launcher, and setting it to default on the phone. Once you’ve done this your Xiaomi phone’s UX will look and function just like a Google Pixel phone.

Bottom line? If you like value for money and the latest technology, it’s kind of impossible not to dig what Xiaomi is doing right now. Just make sure you get one of the phones listed above – Xiaomi makes tons of handsets but the ones listed above are the best of the best right now, according to our expert team of reviewers.