So far, the Xiaomi Redmi 9 Pro has been considered the king of the middle class, now there is competition from its own company: The Poco X3 is here! Does it challenge the Redmi 9 Pro – is the king dead?

Value for money is the keyword – this is exactly what people are looking or. Namely, products that offer as much performance as possible for the lowest price. 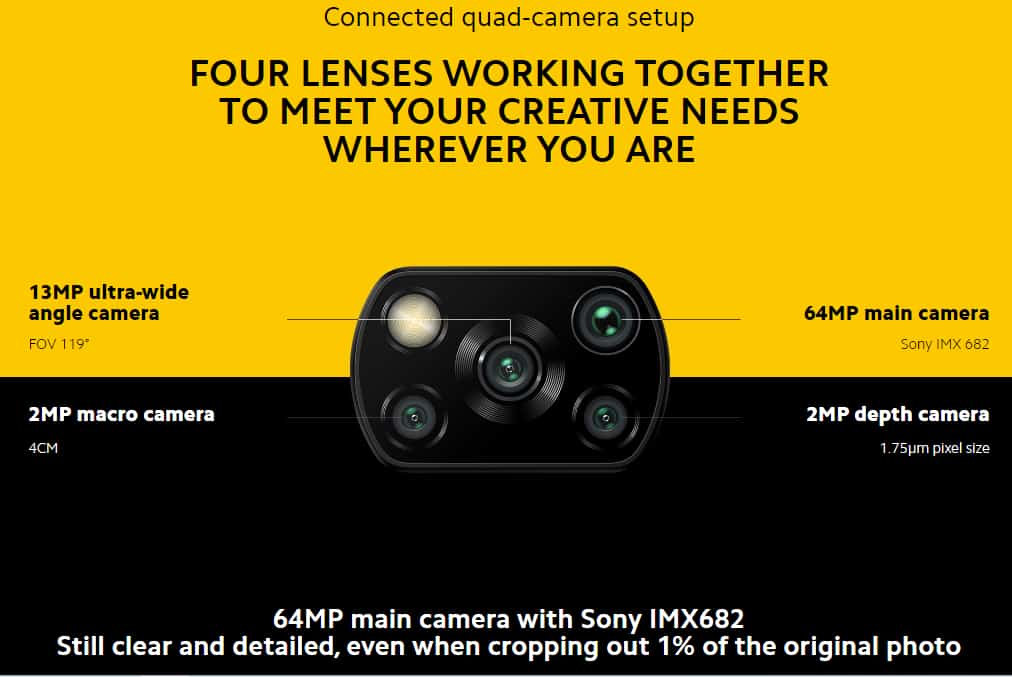 In daylight, the main camera takes pictures with natural colours and good image sharpness, which also delivers decent amounts of detail when enlarged. Photos are 16 megapixels in size by default thanks to pixel binning but photos with a full 64 megapixels can also be snapped.

Photos with activated AI (artificial intelligence) are overall much more colourful and therefore impressive – but not everyone likes that. Particularly noteworthy for the low price of the Poco X3 is the good image dynamics thanks to Auto-HDR, which, in conjunction with comparatively little image noise, enables balanced and sometimes very impressive pictures.

Even in low light, the £199 smartphone still delivers astonishingly good image quality. With a very steady hand or a tripod, you can take amazingly sharp and low-noise photos that rival smartphones that are twice as expensive. Even from freehand, the quality is better than the price suggests.

At first glance, it looks high quality. The front has sufficiently narrow edges around the screen, with no strong curves. In technical terms, this design is called 2.5D and means a slight curvature of the screen. Curved glass is currently used by more expensive smartphones like Samsung.

However, most users prefer a straight panel over curved because there are no unwanted reflections making use of the phone easier. Thanks to the use of Gorilla-Glas-5, the front panel is less susceptible to scratches and damage even without a screen protector.

The back of the Poco X3 houses the already mentioned camera module, which contains four lenses and an LED flash. It’s black and rectangular, but with strongly rounded short sides and protrudes a good 2mm from the case. 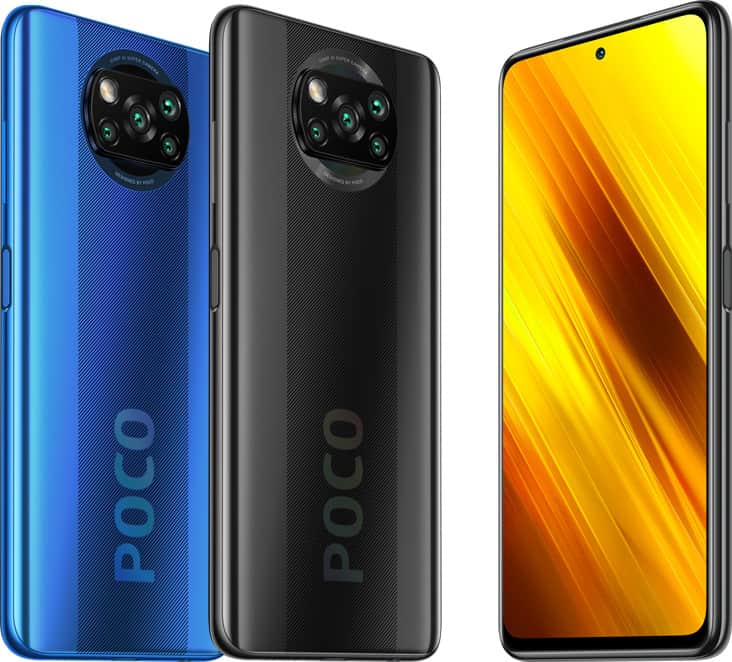 There is no fingerprint sensor on the back, the manufacturer installs it on the side of the Poco X3 which is integrated into the power button – Samsung also used this feature on the Galaxy S10e.

Despite its weight of 215g, the Poco X3 sits comfortably in the hand. There is even an IP53 certification against splash water. Overall, the X3 is in a higher league in terms of design and workmanship than the low price would lead you to believe.

It is not about the 6.7-inch screen, nor about the resolution of 2400×1080 pixels. The real highlight of the Poco X3 is the 20:9 screen with IPS-LCD technology and the playback frequency of 120 Hertz. While Samsung uses this on its £900+ smartphone Galaxy Note 20, Xiaomi’s subsidiary, Poco builds it into a £199 model. 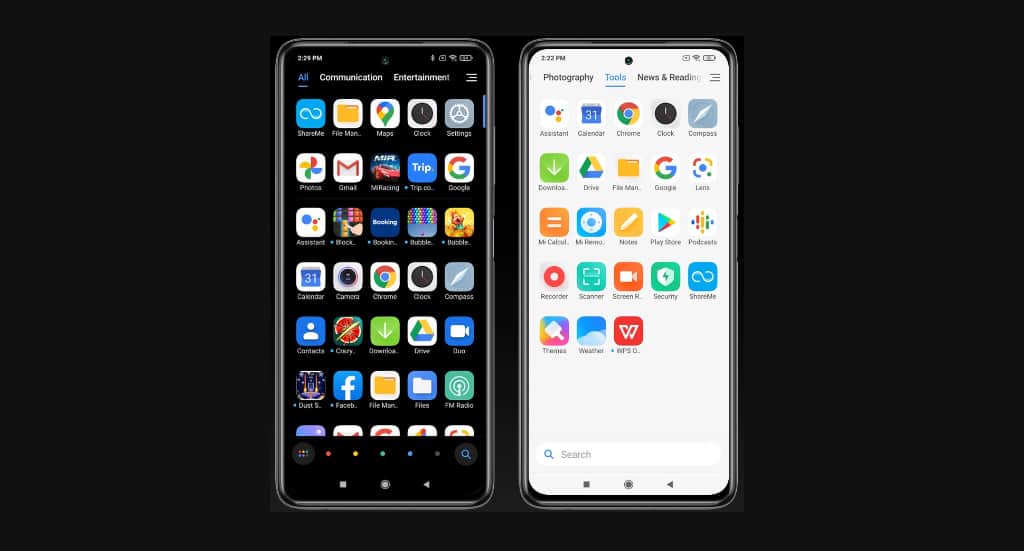 The viewing angle stability is at a high level and you only start to notice a slight shadowing from around 45 degrees.

The heart of the Xiaomi Poco X3 NFC is the chipset. The manufacturer uses Qualcomm Snapdragon 732G which is generally found in significantly more expensive smartphones. Xiaomi uses Android 10 and MIUI 12 for the Poco X3. This is likely to be upgraded to Android 11 by mid-2021.

The weight of 215grams makes the Xiaomi Poco X3 quite heavy, but there is a good reason for that. The smartphone’s battery: a strong 5160mAh, which is bigger than most of the devices on the market. The high capacity battery with the energy-efficient chipset, promises impressive endurance despite 120Hz refresh.

The smartphone lasts for almost 16 hours of high use, which is enormous and gives the impression that it could go for three days or more without recharging.

One thing the X3 does lack is a wireless charging facility but does offer fast charging with an impressive 33watts which means the battery will be fully charged within an hour.

Compared to the Redmi Note 9 Pro the X3 is equally powerful thanks to similar technical features. However, it feels like it is clearly ahead thanks to the high refresh rate of the screen.

Multitasking is also no problem thanks to 6GB of RAM. You can choose between 64 or 128GB of internal memory and this can be expanded with a micro SD card, but because of the hybrid slot design, users have to choose between a second SIM or Micro SD card.

There is also USB-C (2.0), 3.5mm jack, NFC and of course standards such as Bluetooth 5.1, GPS and, as always with Xiaomi, one IR port for using the smartphone as a remote control for TVs etc.

The stereo speaker sounds clear and is sufficiently loud without interference. However, there is a lack of bass.

The Xiaomi Poco X3 NFC will be available to buy in the UK from September 17th, 2020. It is available in two sizes:

Both versions are available to purchase from Xiaomi direct or from Amazon UK. 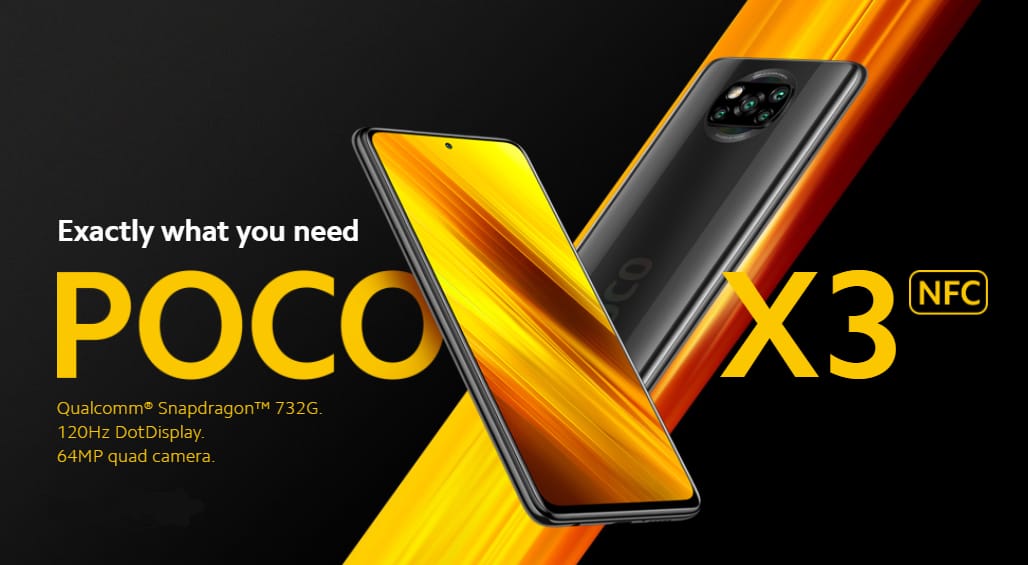