What Is BritBox? The British Netflix Explained

Unlike other streaming services, BritBox has a specific goal when it comes to content: it wasn’t to bring the best of British television and movies to the world. BritBox is not interested in providing content that originates in other countries. As Carolyn McCall, CEO of ITV, noted:

“BritBox will be the home for the best of British creativity – celebrating the best of the past, the best of today and investing in new British originated content in the future.”

Tony Hall, the BBC Director-General, said: “I am delighted that the BBC and ITV are working together on something truly special – BritBox. A new streaming service delivering the best home-grown content to the public who love it best. The service will have everything from old favourites to recent shows and brand new commissions. It’s an exciting time for the viewing public.”

As for content, the service boasts about 300 titles, including British classics like Cracker, Downton Abbey, Broadchurch, Spooks, Only Fools and Horses. Every Dr. Who episode between 1963 to 1989 is also on the service. The biggest movie draws the service has are Hitchcock thrillers.

In addition, many series from not only the BBC and ITV can be found on the service, but from other British channels including Channel 4 and Channel 5, too.

The BritBox service in the UK has original content as well. However, for those of us in the US, BritBox’s content is limited to existing licensed content–no originals available. 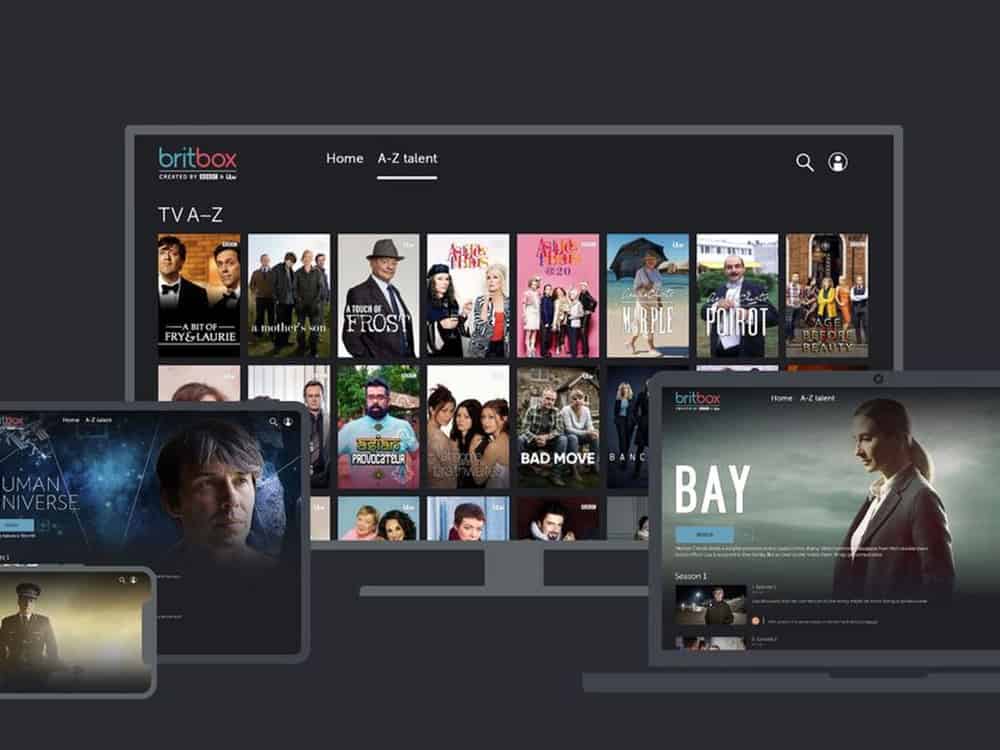 What Devices Can You Watch BritBox On?

BritBox is available on a number of devices. You can watch BritBox on:

At the time of this writing, BritBox is NOT available on Roku devices or gaming consoles like the Xbox and PlayStation. How Much Does BritBox Cost?

BritBox’s cost varies by the country you are in. Here’s how it breaks down:

Is There A BritBox Free Trial?

Yep! BritBox offers a free seven-day trial. You can enjoy all the content the service offers for those seven days. After the seven-day free trial you will be billed at the normal monthly rate.

To get the BritBox free trial, here are the links depending on what country you’re in.

And check out How To Download Netflix Videos (Movies & TV Shows)!