Walmart is joining the Android TV party with its own streaming stick called the Walmart Onn TV Stick. And in true Walmart style, it will almost certainly be super-cheap…

How cheap? Well, according to leaked information Walmart is planning on selling the Android TV-powered Onn TV pretty soon; it has just passed through FCC filing.

How much will the Onn TV cost? No one knows at the moment, but given that Google’s Chromecast w/ Android TV costs $49, and this is Walmart we’re talking about, the Onn TV could retail for as little as $29.99 or $39.99.

You have to keep in mind that these types of devices are incredibly cheap to make; they’re essentially a pen-drive with some radios and software inside them.

Google makes a massive profit margin on its Chromecast; I know this because I was at the launch of the OG model and the dude that invented it told me it basically cost about 20 cents to put together.

And while things have progressed since the first model of Chromecast launched, the device is still relatively cheap to make and manufacture.

Walmart’s entire MO is undercutting everybody. That is how it grew to be one of the biggest shopping chains in America. And this tells us a couple of things about Walmart’s Onn TV.

First, it’ll be cheaper than Chromecast, and, two, it will also undercut Amazon’s Fire TV Stick as well. I’d expect the Onn TV to retail for around $30 – this would be the sweet spot for a new device such as this as it would be cheaper than basically everything else on the market.

Add in a remote and Android TV at its core, as well as Walmart’s insane reach to customers via its stores, and it is easy to see the Onn TV Stick with Android TV making quite a splash when it eventually gets a release date. 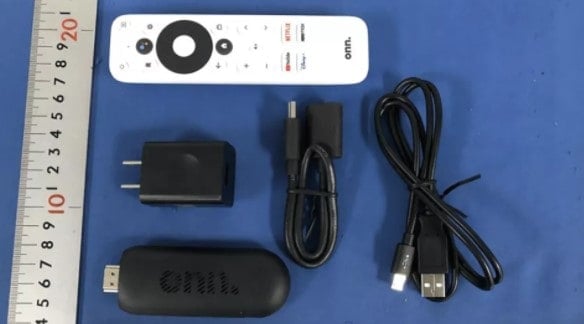