Wait, What – Microsoft And Sony Are Working Together Now? No, you’re not seeing things – Sony and Microsoft have indeed announced their intention to join forces for the good of the industry.

The two companies – who are rivals in the games industry at present thanks to their PlayStation and Xbox consoles – have decided to ally for a “strategic partnership”, but before you get any notions of playing Halo on your PS4 and God of War on your Xbox One, it’s worth noting that this collaboration is more focused on tech than it is on sharing IP.

In addition to that statement – which suggests the pair are working together on cloud gaming platforms, which could be seen as an attempt to ring-fence the games industry from the incoming threat of Google’s Stadia – it was also noted that Sony and Microsoft would work together on “intelligent image sensor solutions”, which makes sense as Sony makes cameras for pretty much every smartphone out there.

Sony president and CEO Kenichiro Yoshida summed up the deal by saying: “PlayStation itself came about through the integration of creativity and technology. Our mission is to seamlessly evolve this platform as one that continues to deliver the best and most immersive entertainment experiences, together with a cloud environment that ensures the best possible experience, anytime, anywhere. For many years, Microsoft has been a key business partner for us, though of course the two companies have also been competing in some areas. I believe that our joint development of future cloud solutions will contribute greatly to the advancement of interactive content.”

Again, it’s worth stressing that this is very much technological partnership but it’s nonetheless interesting to note the timing of this agreement; if Google Stadia does take off Sony and Microsoft could potentially see their market share eroded due to the fact that third-parties like Ubisoft, EA and Capcom may see Stadia as a more attractive platform – especially when cloud gaming inevitably takes off. By pooling their resources and talent, Sony and Microsoft can at least create a more credible cloud gaming system of their own (indeed, both already have cloud platforms in place right now) and take Google on directly.

Whatever happens, the console war just got a lot more interesting… 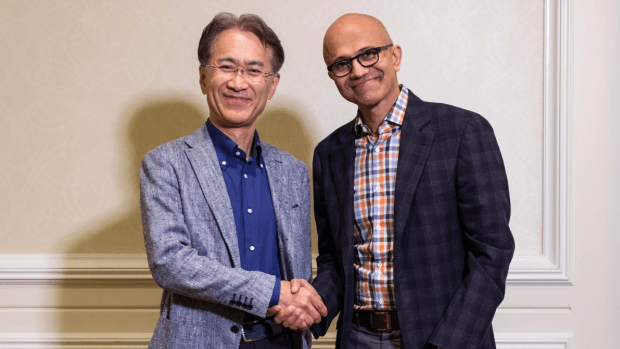