HTC has not had any flagship devices worth mentioning for years. Instead, it is satisfied with the occasional production of entry-level and mid-range mobile phones but doesn’t make too much of a fuss about them.

At the beginning of August 2020, the Taiwanese manufacturer HTC released the entry-level mobile phone HTC Wildfire E2 without prior notice. Now there are indications of other models.

The HTC Wildfire E2 costs around €115 and offers solid but basic equipment. It seems to be just one of several planned cheap devices from HTC to be released this year. 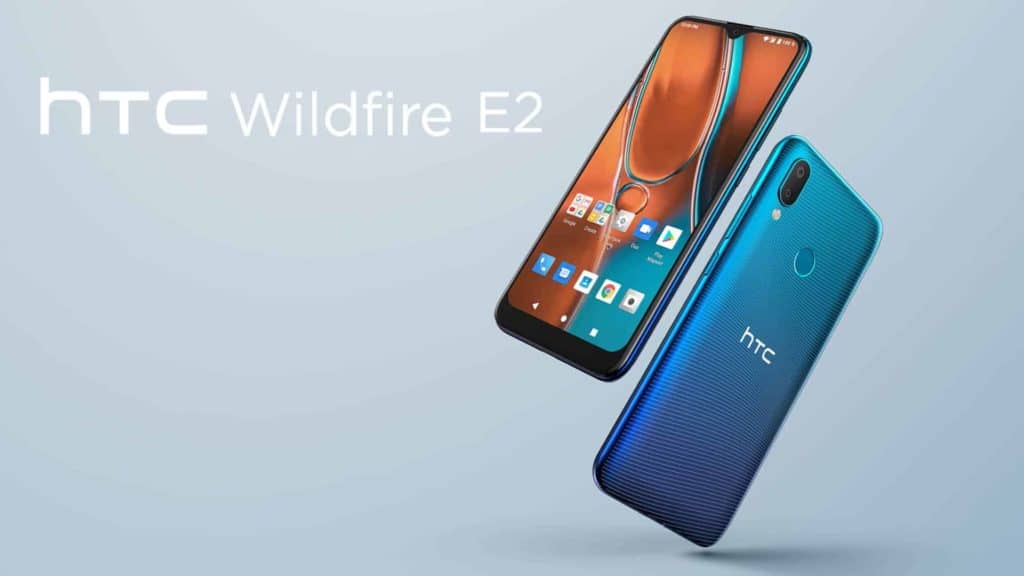 According to a media report, the database of the Eurasian Economic Commission (EEC) lists three other HTC Wildfire smartphones that look to be released shortly.

It is also not known when and in which countries the devices will be launched – there is no official statement from HTC. It seems certain, however, that the models will be available at least in selected European regions.

What We Know About Wildfire E Lite

The HTC Wildfire E Lite has just shown up in the Google Play Console and is to be an even cheaper, much more basic handset to the Wildfire E2 smartphone.

The listing in Google Play Console tells is that the phone will have a screen of 720×1440 resolution. It will also have a now uncommon aspect ratio of 18:9. Unlike most handset manufacturers now, HTC has chosen to use the top and bottom bezel rather than a notch or hole-punch front. 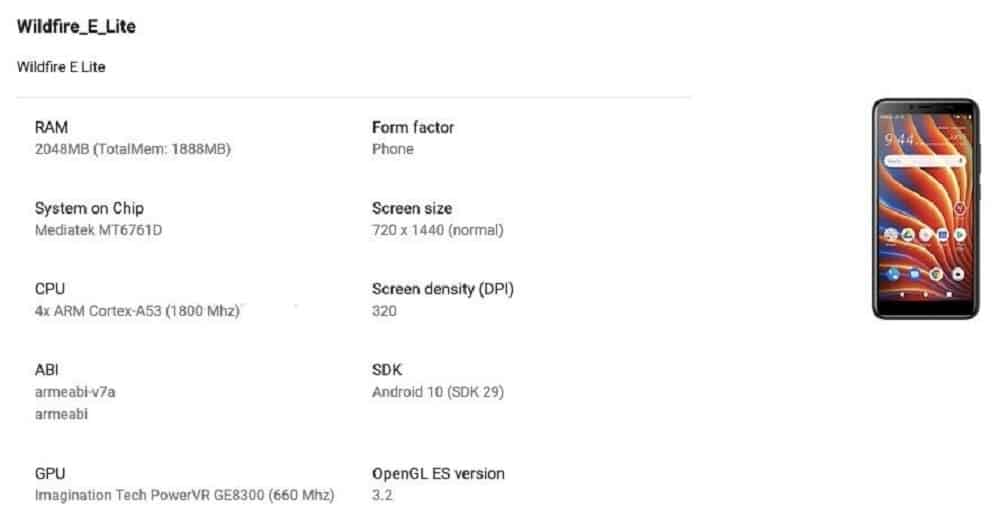 It is going to be powered by MediaTek’s Helio A20 chipset, and with a quadcore Cortex-A53 CPU the Wildfire E Lite is as entry-level of a handset as you can get. It won’t come as a shock to know that the performance of this device will not be groundbreaking, however, this could be reflected in the price.