Samsung has just taken the wraps off its new phone, a $499 Android 10-powered device called the Galaxy XCover Pro – and it’s got a removable battery…

The Samsung Galaxy XCover Pro will feature a 4050mAh removable battery (with 15W Fast Charging), so you can hot-swap your battery life it’s 2009 all over again. On top of this, the Galaxy XCover Pro also features a 3.5mm headphone jack which is buried inside the phone’s rugged outer chassis. 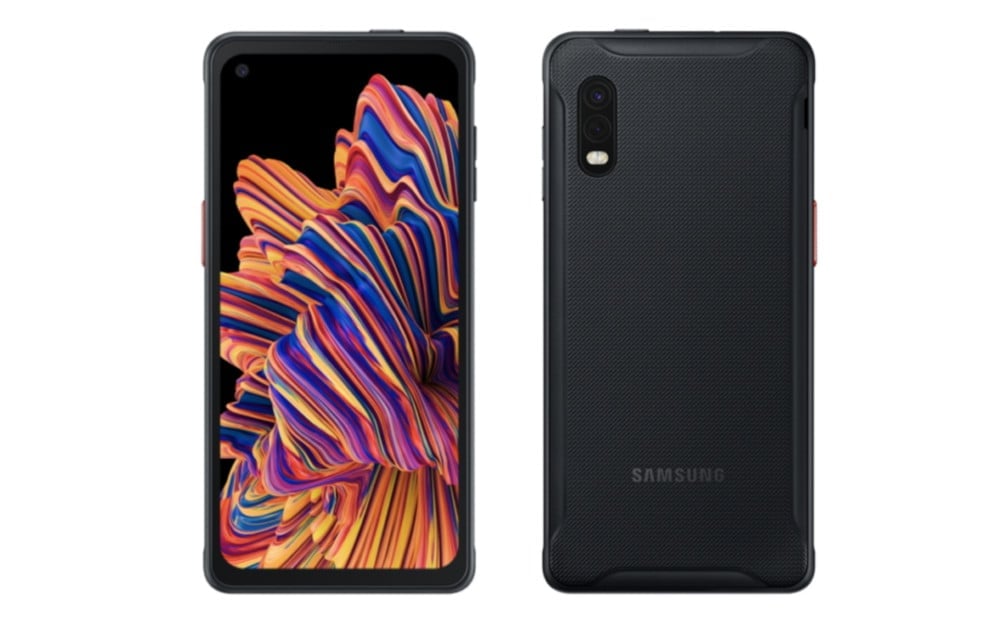 The Galaxy XCover Pro Is Rugged As Hell…

The Galaxy XCover Pro is IP68 dust and water-resistant, as well as MIL-STD 810G certified. What does this mean? Simple: it’s built to survive unusually harsh environments, including high altitudes, temperatures, humidity, and other natural phenomena – i.e. it’d be a great phone for extreme sports enthusiasts.

“The Galaxy XCover Pro is a reflection of Samsung’s increased investment and commitment to the B2B market,” said DJ Koh, President, and CEO of IT & Mobile Communications Division, Samsung Electronics. “We believe the business mobility market is ripe for transformation in 2020 and we intend to be the leader in pioneering an open and collaborative mobile platform for the next generation of digitally-enabled workforce.”

The phone has been designed for use in industrial settings, apparently, so if your job requires you to go off the beaten track for work, Samsung’s Galaxy XCover Pro could well be what the doctor ordered. Having the ability to hot-swap batteries also means that you could run this phone for weeks at a time, providing you had a cache of fresh 4050mAh cells on your person.

Samsung and Microsoft also worked together on this phone. The XCover Pro will link seamlessly with Microsoft’s Teams as well – it even has a physical button for Team’s Walkie Talkie feature.

“Microsoft and Samsung have a deep history of bringing together the best hardware and software to help solve our customers’ challenges,” said Satya Nadella, CEO, Microsoft. “The powerful combination of Microsoft Teams and the new Galaxy XCover Pro builds on this partnership and will provide front line workers everywhere with the technology they need to be more collaborative, productive and secure.”

The XCover Pro, which is part of Samsung’s Enterprise Edition, will get four year’s worth of security updates guaranteed. Not too shabby! Samsung’s January sale is now happening too, so if you’re looking to pick up a cheaper phone, TV, wearable, tablet or 4K TV, make sure you check out all the latest offers.