Running a 6.9in 120Hz display requires A LOT of power, so that’s why Samsung is outfitting the Samsung Galaxy S11+ with a 5000mAh battery…

It’s not too long now until the launch and release of Samsung’s Galaxy S11 range. The range of handsets – there’ll be at least three – will launch inside Q1 2020 and get a release date soon after.

Topping the range, as usual, will be a PLUS model. In this context, the Samsung Galaxy S11+ (or Galaxy S11 Plus). And one of the latest bits of information about this phone to leak online concerns its battery; apparently it will feature a 5000mAh battery inside, the biggest ever fitted to a high-end Samsung Galaxy S phone.

The good people over at GalaxyClub managed to snag a picture of what is alleged to be the battery that Samsung will use inside its Galaxy S11+ handset. As you can see in the image below, the battery is rated at 5000mAh which is pretty darn big. 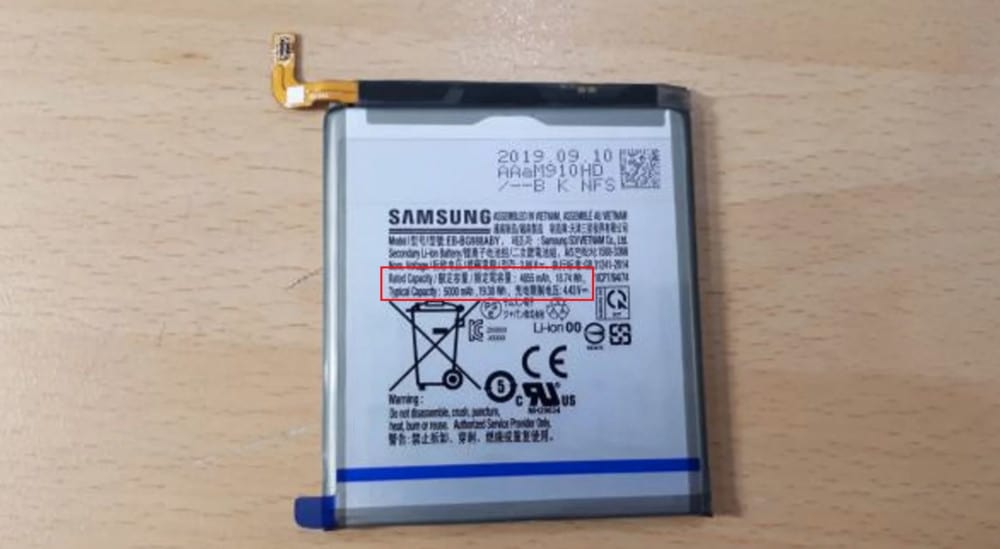 The battery in question has a capacity of 5000mAh and is rated at around 4855mAh. This size of battery should deliver solid, all-day performance – and then some. Due to the size of the handset, this will almost certainly be the largest battery used inside Samsung’s Galaxy S11 range of handsets.

To put this figure in mind, the Samsung Galaxy S10 used a 3400mAh battery. That’s quite an upgrade, right? And the Galaxy S10 didn’t really have any real battery issues, though, once again, the Plus model of the S10 did use a larger 4000mAh battery. With both variants, you got “all-day battery life” – meaning it’d get you to bedtime with around 20% left in the tank.

With a 5000mAh battery inside the Galaxy S11+, even with its larger, more power-hungry display, one should still expect to see some pretty impressive gains over its predecessor – perhaps as much as 2-3 hours. Of course, this is the PLUS model, so you will have to pay extra for that (and by extra, we mean quite a bit more than the standard S11 model).

However, it is worth noting that the Galaxy S11+ will definitely need this kind of battery inside it; the phone will pack a massive 6.9in 120Hz display, in QHD resolution, and that will be extremely power-intensive. For this reason, there might not be much discernible difference between the Galaxy S10+ and Galaxy S11+’s battery life.

Why? The display is a larger, its 120Hz, so it will require more power to run. These added power needs are why the battery size has been increased. But whether it actually translates into extended battery life remains to be seen. It should. But that display is going to require a lot of juice to run, so it will be interesting to see how things play out in this regard.

Either way, we’re looking at a set of extremely strong handsets from Samsung in Q1 2020 – not to mention the arrival of the Samsung Galaxy Fold, a phone that really needs no introduction – we’ve been waiting for its arrival since around 2013!

I’ve already published a fairly detailed look at all three Galaxy S11 handsets, which you should definitely take a look at if you’re interested in picking one of these phones up. 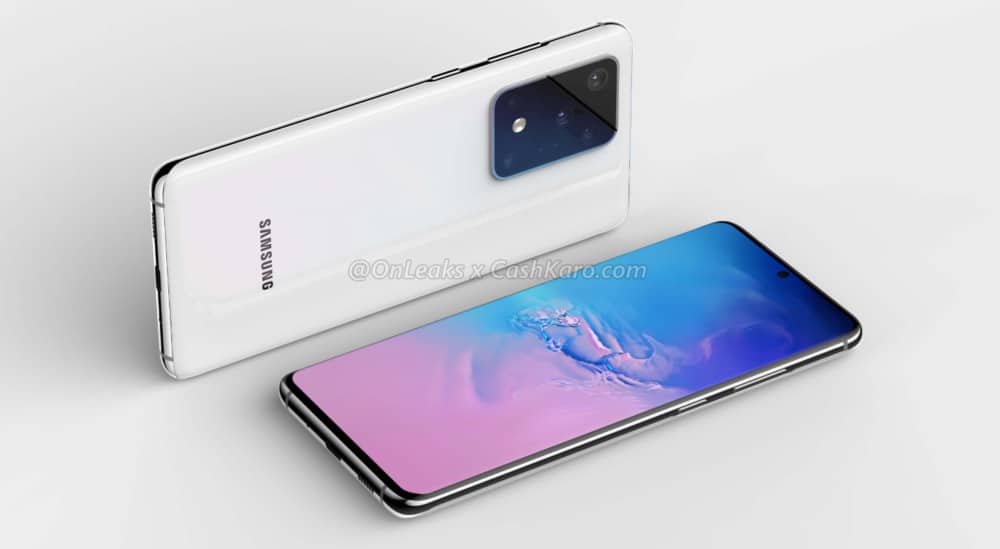