Samsung’s working on a new pair of its Galaxy Buds. This time they’ll be called Galaxy Buds Bean (or Galaxy Bean), feature Active Noise Cancelation, and cost less than $150…

Samsung is working on an update to its Galaxy Buds+ and word on the street suggests this new pair of wireless earbuds – apparently called Galaxy Buds Bean or just Galaxy Bean – will feature the one thing EVERYBODY wanted the Galaxy Buds+ to have – Active Noise Cancellation (ANC).

On top of this, reports suggest Samsung plans on retailing the Galaxy Bean (or Galaxy Buds Bean) for less than $150, making them significantly cheaper than Apple’s AirPods Pro. If true, this would be a huge deal not only for Samsung but also for consumers. Imagine having access to a pair of Samsung earbuds (with ANC) for less than $150?

Samsung is said to be making the Galaxy Bean earbuds thinner so that they sit flusher to the wearer’s ears. According to reports, the new earbuds will be 28mm long and 13mm wide. Each earbud will have three microphones and two speakers apiece. The big idea here is to make a pair of earbuds that not only have ANC but also DO NOT protrude from the ear too much.

They will also look like kidney beans, hence the name Galaxy Bean. 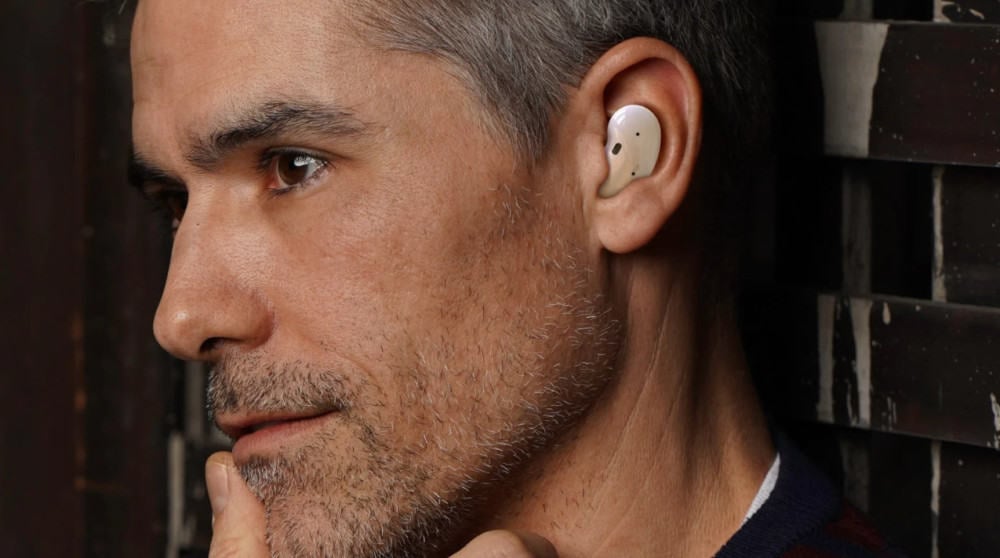 We don’t have any specifics on the Galaxy Bean’s technical specs just yet, but one can assume at least some of the tech from the Galaxy Buds+ will be making an appearance inside these next-gen earbuds. The main driving force behind this new product, however, is simple: it’s all about price and finally bringing ANC to Samsung’s earbuds line-up.

Battery life for the buds is said to be around 11 hours from a single charge too.

The new Galaxy Bean earbuds will apparently launch alongside the Samsung Galaxy Note 20 later on this year. When that is, however, is anybody’s guess. Given the current situation we find ourselves in, it is entirely possible that the Galaxy Note 20 launches online-only – just like the OnePlus 8.

Either way, we don’t have too long to wait until Samsung takes the wraps off its new Galaxy Note 20 line-up of phones and also its new ANC-packing earbuds!

Do You Play Guitar? Meet The Ultimate Practice Amp (That Connects To Your Phone)