Samsung has announced its first 5nm CPU, the Exynos 1080. Here’s everything you need to know, including specs, features, and updates…

Samsung’s first 5nm SoC is official. Called the Exynos 1080, the chipset is targeted at mid-to-premium range phones (like the SD765G) – think the top end of the company’s Galaxy A-series. It also features full 5G support too, opening up the possibility of even cheaper 5G phones. 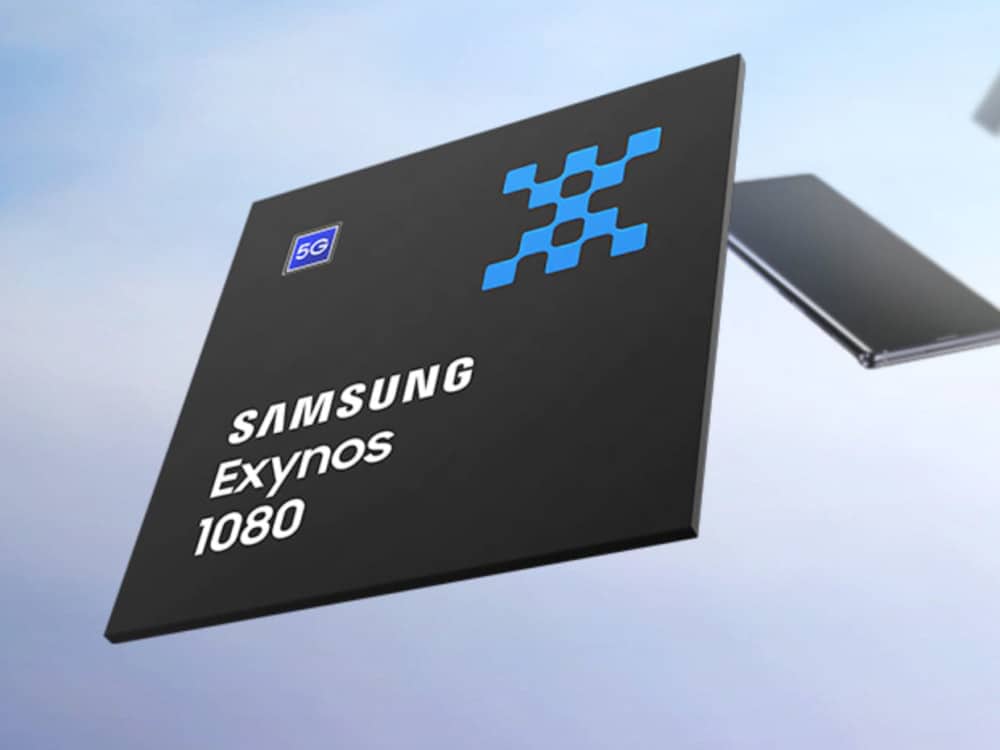 For the GPU, Samsung has used the Arm Mali G78MP10 GPU. On top of this, the Exynos 1080 features a next-generation NPU and DSP, as well as a new ISP, improved memory support (LPDDR5) and, of course, full 5G support.

Experience lightning-fast internet and seamless connections anytime, anywhere. The Exynos 1080’s integrated modem adds new levels of speed to downloading content, allowing you to stream and load faster, with minimal latency and lag. The processor is compatible with both types of 5G networks, mmWave and sub-6GHz, enabling downlink speeds of up to 5.1Gbps on the latter.1 Plus, with support for both Bluetooth 5.2 and Wi-Fi 6, the Exynos 1080 ensures that you’re always connected – Samsung.

As you can see from the specs, the Exynos 1080 is not designed for use in flagship phones, so don’t expect to see it inside the Galaxy S21 in 2021. Instead, Samsung is targeting this CPU at the ever-popular mid-tier devices – phones of the OnePlus Nord’s ilk.

According to reports, the first phone to use Samsung’s new Exynos 1080 will be the VIVO X60 and VIVO X60 Pro . I’d also expect to see this chipset used in Samsung’s Galaxy A-series phones in 2021 too, as well as other Chinese phone brands like RealMe perhaps.

The Exynos 1080 has everything you need to build a solid mobile phone experience – from high-end processing power to support for 5G and high-resolution, high-refresh rate displays. If the price is right, this chipset could cause Qualcomm and MediaTek a lot of headaches in 2021.

If Samsung does not release an FE version of its Galaxy S21 in 2021, I’ll eat my hat. The current Galaxy S20 FE is a brilliant phone at a great price. In fact, I’d much rather have one of these than Samsung’s more expensive, standard Galaxy S20.

The Exynos 1080’s outstanding power efficiency frees up more battery for the apps and features you use the most. The processor is able to maximize its low-power performance thanks to a highly advanced design and Samsung’s 5nm EUV FinFET process technology. The Exynos 1080 is the first product to be based on the 5nm process, which allows for the development of smaller, more power-efficient chips, and opens the door for smartphones to feature slimmer designs and unbelievable battery life.

Reports suggest Samsung will the Exynos 1080 inside the successor to the Galaxy S20 FE in 2021. That phone will be the Samsung Galaxy S21 FE, of course, although it is also possible we could see the return of Samsung’s Galaxy E and Lite versions of its flagship phones in 2021 too.

Why? Samsung’s Galaxy S20 sales have been shockingly bad.

And if these new models do return in 2021, you can bet your bottom dollar they’ll all be running on Samsung’s Exynos 1080.