The brand Realme is still in its infancy but is already one of the biggest players when it comes to affordable smartphones.

Realme already has the Realme C11 and C15 on market, where they’re attacking the ultra-low-end segment of the phone space, but sources have now revealed that a new model will be joining the series, the Realme C12 smartphone.

The new Realme C12 will most likely get a release within the next month or so, as it has appeared on several certification sites. This certification process is usually done right before a phone gets a commercial release.

The device, known as model RMX2189 has already been certified in China, Indonesia, Malaysia, and Thailand, which indicates an upcoming release announcement.

It is already known that the Realme C12 will include a powerful battery with a capacity of 6000mAh which will support a 10-watt charging. That’s not as fast as some phones from the BBK stable, but for a proper budget phone, it is more than adequate.

The Realme C12 will be a middle-ground handset between the C11 and C15, the new phone will likely share some of its predecessors’ features like an HD+ screen with waterdrop notch for the front selfie camera, and it will run Android 10 along with Realme UI 1.0 as the software platform.

The main difference between the three handsets is likely to be the camera and storage. The C15 has a quad-lens camera made up of a 13MP main camera, an 8MP ultrawide shooter, 2MP microlens, and a 2MP depth sensor. The front camera is 8MP.

The Realme C12 will feature a fingerprint scanner and, most likely, the same CPU as the Realme C11 and C15, the Helio G35 CPU.

It is expected that the Realme C12 will compete with the Xiaomi Redmi 9 with a price that is unlikely to exceed £120. 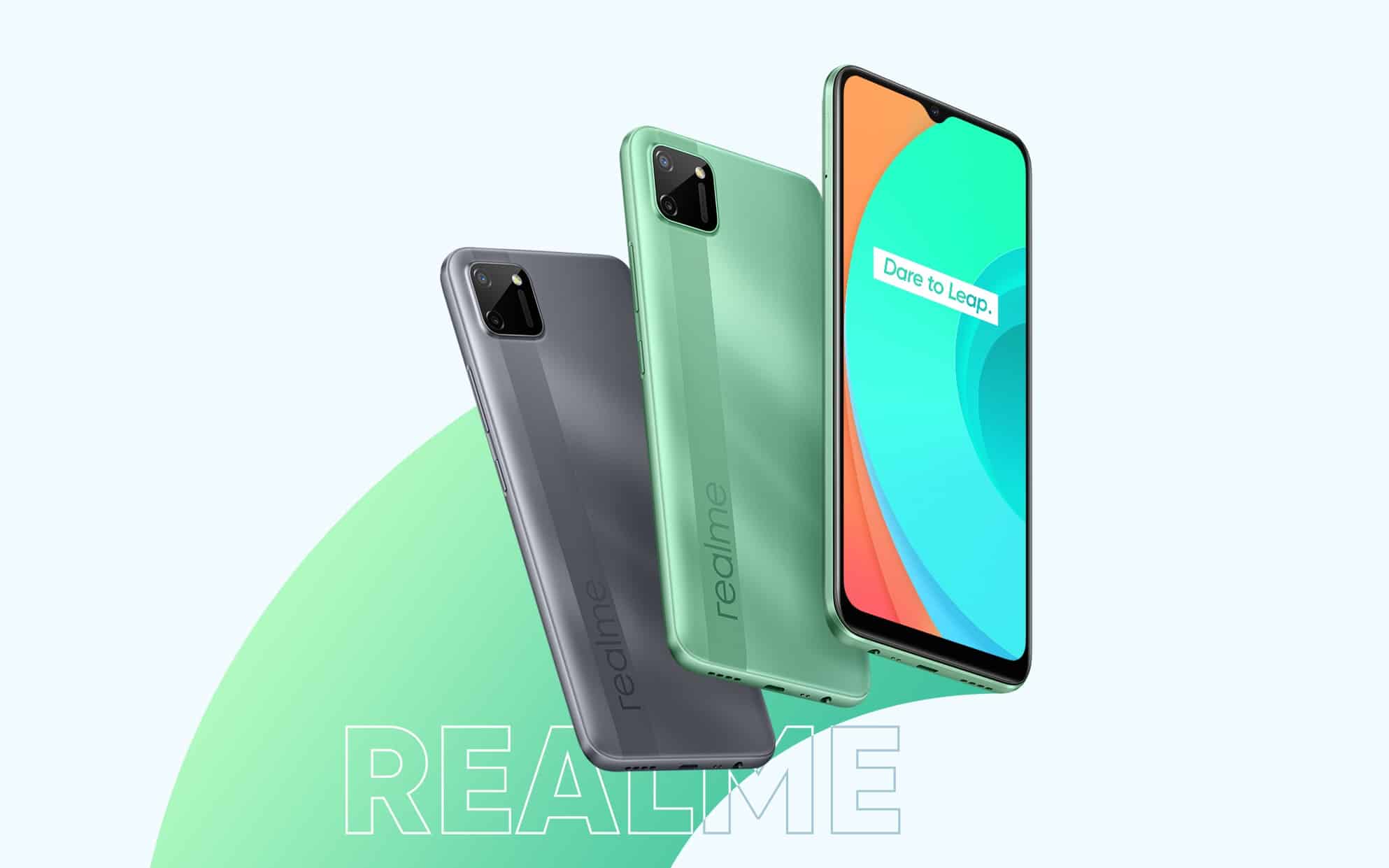