RealMe’s latest line of budget Android phones are now on sale in the UK, and today we’re going to take a look at the difference between the RealMe 8, the RealMe 8 5G, and the RealMe 8 Pro…

Right off the bat, I need to get something out of the way: this series of phones, how they’re marketed and designed, is kind of confusing – the specs are all over the place.

The RealMe 8 Pro, for instance, has the best camera and the fastest charging (50W) which would make you think it was the flagship model, right?

RELATED: Are RealMe Phones Any Good?

And then you have the fact that the standard RealMe 8 has a better camera than the RealMe 8 – it uses a 64MP main sensor, while the RealMe 8 5G uses a 48MP sensor.

The RealMe 8 and the RealMe 8 5G cost exactly the same, however. Plus, not all these models are available in all regions.

Similarly, the RealMe 8 5G is the ONLY phone in the range that has 5G – hence its name. You do not get 5G on the RealMe 8 Pro or the standard RealMe 8.

But the RealMe 8 Pro will cost you more money.

Confused? Here’s a table that details how the specs for each new RealMe 8 phone compares.

The pitch of the RealMe 8 5G is simple: it is a beautifully designed, adequately powerful 5G phone. And for the money – £199 – you’re going to really struggle to find a cheaper 5G phone that works as well as this one.

However, there is the fact that Xiaomi’s RedMi Note 10 Pro is here and, in my humble opinion, that is a superior phone in most regards.

Well, the RedMi Note 10 Pro has a better camera, a better display (120Hz), better internal spec, and superior software. It also costs around the same too which makes it an easy sell when comparing these two phones.

You also cannot buy any of these RealMe 8 phones in the United States, either – RealMe, like OPPO, does not target the US for a bunch of reasons. Things like what happened to Huawei and IP issues being the most obvious.

Still, this hasn’t stopped RealMe from becoming one of the fastest-growing phone brands on the planet during the last 12 months.

Realme recently celebrated 183% YoY sales growth in Europe for Q1 2021, upholding its rank among the top 7 smartphone brands. With this impressive 183% YoY sales growth for Q1 2021, RealMe stands out from competitors as the fastest growing smartphone brand in the world. As a 5G leader, RealMe’s mission in 2021 is to accelerate and popularize 5G technology in key markets like the UK and Europe. Over the next two years, RealMe expects 70% of its product portfolio to be supported by 5G technology.

Can You Buy RealMe Phones In The US?

Remember that I said you cannot buy RealMe phones in the US? You actually can – you just cannot get them via carriers.

You can, however, buy RealMe phones in the US via specialist retailers like Giztop. As of right now, you have plenty of options for RealMe phones – prices start from around $299 for the RealMe V13 5G.

You will be limited to certain carriers, however, if you want to run things like 4G. As of right now, Boost Mobile is the only US carrier that will support LTE bands for RealMe phones in the USA. 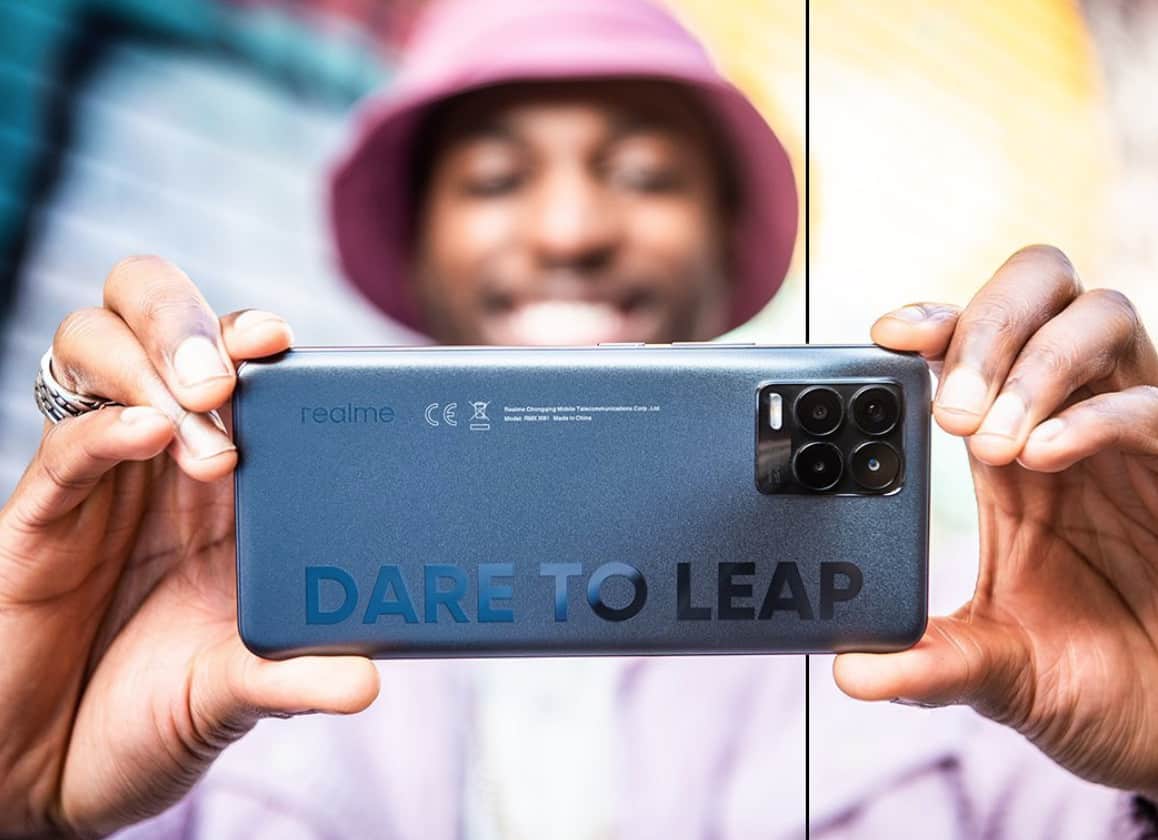