The RealMe 8 and RealMe 8 Pro now have two, confirmed launches; one in the UK and the other in India – both virtual events take place on March 24, cementing RealMe’s commitment to the UK market.

RealMe issued a statement to the UK press this afternoon, however, online retailer Flipkart is now actively taking pre-orders for both phones.

The RealMe 8 Pro will be the first RealMe phone to ship with a 108MP sensor, joining the likes of Xiaomi’s Mi 11 and Samsung’s Galaxy S21 Ultra. The Pro model will be joined by the cheaper, entry-level RealMe 8.

“The RealMe 8 Pro will adopt the latest generation of Samsung 108MP Sensor HM2 as its primary camera,” said RealMe, “which boasts 12000 x 9000-pixel resolution and a large sensor measuring an impressive 1 x 1.52 inches.”

It added: “RealMe 8 Pro will empower users to capture sharper photographs and videos in industry-leading quality.”

As of right now, RealMe has not confirmed any specs for either handset, however, it is likely the RealMe 8 Pro will be the phone that gets the 108MP sensor, while the RealMe 8 will use something less potent – perhaps a 48MP.

RealMe’s Madhav Sheth did share some details about one of the phones on Twitter – he said it would run the Helio G95 SoC, a 6.4in AMOLED screen, 5,000 mAh battery, and feature 30W charging.

Sadly, Sheth didn’t say which phone this was referring too. Although he did share a picture of the phone, detailing just how good the photography is on the RealMe 8 Pro Model

RealMe 8 Pro Price – How Much Will It Cost?

RealMe is a value brand, so we expect these phones to be priced very aggressively – both should retail for less than £400. The RealMe 8 will likely start below £300 and the RealMe 8 Pro £399, or thereabouts.

This would undercut Google, with its Pixel 4a, Xiaomi, with its Mi 11, and Apple, with its iPhone SE 2020. And the fact that the RealMe 8 Pro, at least, has an official UK release indicates RealMe could have some UK network support lined up.

And if that is the case, you could be looking at picking up the Pro model for next to nothing on select, 5G contracts.

The main event, of course, will be the 108MP camera which is likely the same one Xiaomi used in its Mi 11 release. This camera sensor has already been earning itself plenty of kudos, so to get it in a phone that costs less than £400 would be a huge boon for RealMe’s brand in the UK.

RealMe has been growing rapidly too, even during the current COVID pandemic. According to CounterPoint, RealMe was the ONLY phone brand to post double-digit growth during 2020, beating both Apple and Samsung.

“RealMe grew 11% YoY in the quarter as several markets in Europe and India recovered in June. RealMe was also the fastest-growing brand in the quarter and was number 7th in terms of sales.”

And with just 9 days to go until the phones are announced, there’s a good chance we could be seeing and hearing more about them. If we do, we’ll update this post with more information as soon as we get it. 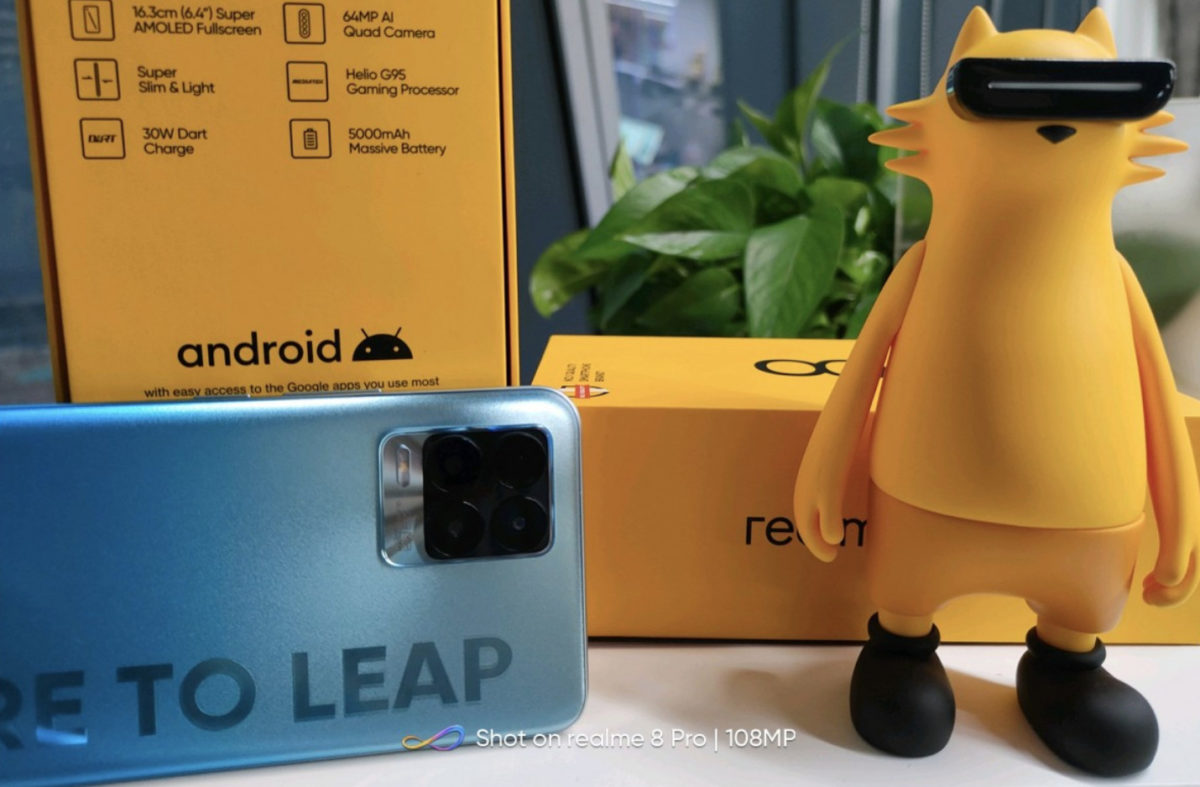