The RealMe 7 5G is official, joining the already-launched RealMe 7 Pro – and both are currently the cheapest 5G phones you can buy…

The RealMe 7 5G is a significant release for a couple of reasons. But the main thing about this phone is that it is currently the world’s cheapest 5G phone – Android or otherwise.

And that will likely mean BIG things for RealMe inside the next few months.

The RealMe 7 5G launched today, via a live stream event, looks more or less identical to the RealMe 7 Pro that launched last month. But looks can be misleading: the two phones are markedly different from one another.

The BIG difference between the RealMe 7 5G and the RealMe 7 Pro is that the latter, despite not being a PRO model, has 5G support. It’s also no slouch in the specs department, as you can see below.

With camera tech, the RealMe 7 5G packs in a quad-lens camera. This sounds impressive. But in reality, you’ll only probably get decent performance from the RealMe 7 5G’s main sensors (the 48MP and the 8MP ultra-wide). The Macro and B&W sensor will likely be pretty poor.

Other notable bits and bobs worth noting, include a side-mounted fingerprint scanner, Android 10 (covered with RealMe’s RealMe UI), and a 16MP front-facing camera for video calls and selfies.

But the REAL USP with the RealMe 7 5G is its price: the RealMe 7 5G will retail for £279 once it is available. That makes it the cheapest 5G on the planet by a considerable margin.

Hell, it even makes the Pixel 4a 5G look expensive.

And this is why RealMe is growing so rapidly. It is launching phones with great specs and big features for next to nothing. I mean, the RealMe 7 5G has better specs (on paper) than the iPhone SE 2020, and it retails for better than half the price.

With performance, the RealMe 7 5G will not be as good as the iPhone SE 2020, however. It doesn’t have Apple’s A13 CPU inside it; instead, RealMe has opted for a MediaTek Dimensity 800U paired with 6GB of RAM which, while not the best SoC on the planet, should still provide very decent performance.

Especially for less than £300!

The RealMe 7 5G will be available to buy from November 27 – which also happens to be Black Friday. 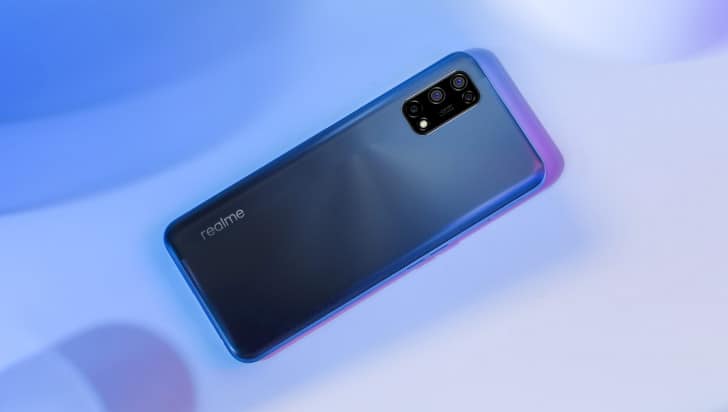