As well as launching its first smartphone – the Razer Phone – inside 2017, Razer also revealed its plans for a laptop dock which would turn the handset into a full-blown computer, dubbed Project Linda. A prototype Project Linda device was recently showcased at CES, but it reportedly is yet to receive a green light internally to go ahead for full development.

Now as it turns out, Razer could launch Project Linda in September 2018 along with a new Razer Phone 2 handset. Word of a Razer Phone 2 comes via “an internal source” cited in a report by reputable French source Frandroid, which has proven accurate on such leaks in the past.

The report goes on to suggest the dual-launch of the Razer Phone 2 and Project Linda during the same month, but the caveat again is if the device is approved internally. Allegedly, Razer execs will make a decision on that in the next few days.

Razer CEO Min-Liang Tan posted a Twitter  reply to Marques Brownlee, which has strongly implied that Project Linda could be publicly launched. The project reportedly has been quite a rapid development over only a few months, with Razer effectively converting its Razer Blade Stealth gaming laptop design into the phone dock. 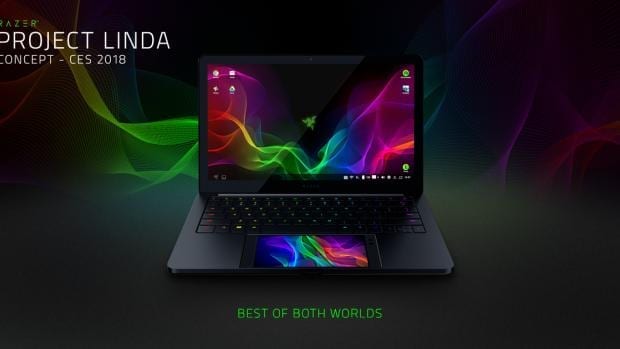