If you were hoping for a USB-C iPhone this year, I hate to tell you it’s probably not going to happen – it looks like Apple’s vision of the future revolves around a portless iPhone, not one with USB Type C…

It seems Apple will continue to use the Lightning Port on the upcoming iPhone lineup. Instead of switching to USB-C, like many iPhone users have been asking for quite some time now, recent rumors indicate Apple will keep using the same Lightning connector it’s been using since 2012. Not only that, but the rumors also state the company will start producing a portless iPhone next year (2021).

That means the iPhone 13.

This rumor comes from Twitter user Fudge, an Apple leaker was sharing news about Apple’s iPhone 12. Fudge states that USB-C iPhone prototypes aren’t being produced, and we’ll continue seeing the Lightning Port this year. In the tweet, Fudge also says that next year’s iPhone – the iPhone 13 – will come with a Smart Connector.

And he might have a point too; it would appear that Apple is getting us ready for this switch. The iPhone 12 does not come with a charging cable or earbuds. Even new iPhone 11, iPhone XR, and iPhone SE 2020 handsets will now no longer ship with charging cables and earbuds.

If you want a charging cable, or you don’t have one, you’ll have to buy one from Apple – or get one of these instead (they’re a lot cheaper).

iPhone 13 Could Be First “Portless iPhone”

In another tweet, Fudge claims the Smart Connector won’t be used for charging. Fudge continues saying that the next-generation iPhone will ditch the Lightning connector and go fully portless, though this won’t happen until 2021 with the iPhone 13. However, Fudge also states the iPhone 13’s development hasn’t yet begun, so this is “just a plan” at the moment. 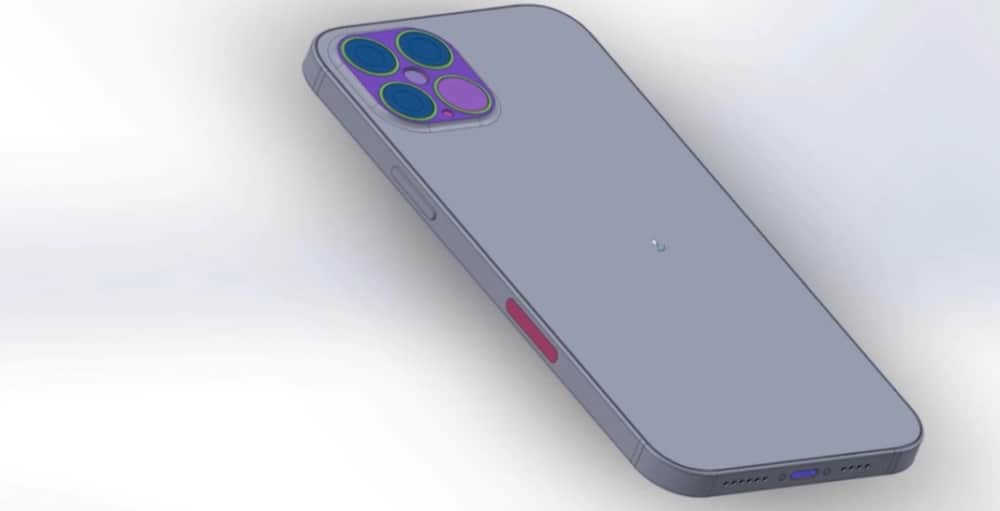 Fudge is not the only one talking about a portless iPhone. Ming-Chi Kuo, an Apple analyst, and famous leaker has been talking about a wireless iPhone since last year. Kuo explained that, in 2021, Apple will offer a completely wireless experience with the highest-end iPhone 13 . Kuo did not mention anything about a Smart Connector in his report.

How Would You Debug A Portless iPhone!?

The main issue with removing ALL ports from the iPhone, up to now, has been the fact that all previous iPhone models had to be tethered to a computer by a physical connection in order to debug the software in the event that something went wrong. This, alongside slow wireless charging speeds, has likely been Apple’s biggest stumbling block in bringing a truly portless iPhone to market.

This problem has been partially addressed, however, inside iOS 13 which contains a hidden wireless recovery mode, meaning an iPhone could be debugged wirelessly without the need for a wired connection. This is a huge development towards making a true portless iPhone a reality. The next big thing has to do with wireless charging speeds; Apple’s current wireless charging standard is extremely slow, especially when compared to newer standards used by OnePlus.

If Apple plans on releasing an iPhone with zero ports and connectors, it will also need to develop a new wireless charging standard. Presumably, this new wireless standard will run on a dedicated chip inside the iPhone 13 just like the OnePlus 8 Pro does. By doing this, Apple will be able to speed up the wireless charging capabilities of its new iPhone, negating the need for wired charging (in theory).

My guess? This type of iPhone will not happen until Apple is satisfied that it can replicate wired charging speeds wirelessly. Failure to do this would leave the company open to ridicule and complaints from its user base. In order for a portless iPhone to function (and succeed), its charging capabilities will need to be as good as a wired connection, otherwise what’s the point?

The Smart Connector was first introduced by Apple in the 2015 iPad Pro. This, however, is used to pair the iPad Pro to a Smart Keyboard, not to charge it – and this is how it’ll work on the iPhone 13 too, apparently. It’s also worth mentioning that there have been rumors about the iPhone having a Smart Connector since before the release of the iPhone 8, in 2017. So it’s always better to take these rumors with a grain of salt.

Although it seems unlikely, Apple could still surprise us with a USB-C iPhone 12. We’ll have to wait for the September or October official event to find out what the future of the iPhone looks like. What seems to be certain is that Apple will surprise us with four iPhone 12 models this year. According to other rumors, the company is planning on releasing two regular iPhone 12 models and two Pro versions.