With the Pixel 6 camera, Google needs to introduce some significant changes in order to keep pace with Samsung Galaxy S21 Ultra and iPhone 12 Pro Max…

I have the Pixel 5, and it is a great phone. The camera is brilliant, the design and display are fantastic, and the battery life is incredible. All good things, right? Yes, indeed. But the powers have shifted in 2021, lead by Samsung’s new Galaxy S21 Ultra and its utterly bonkers camera. And, of course, Apple’s new iPhone 12 Pro Max.

Google needs to innovate in 2021; it needs to introduce some new hardware inside the Pixel 6’s camera. As much as I loved the Pixel 4a and Pixel 5, it was the first time, in as long as I can remember, that the camera didn’t truly blow me away. It was good, yes, but so was the Pixel 4’s camera. And the Pixel 3’s before that.

Google drilled down on value with the Pixel 5 and Pixel 4a in 2020, and that’s fine: most people prefer value for money versus arbitrary spec updates. However, Google’s USP with its Pixel phones has ALWAYS been the camera. If it loses that, it loses a lot of its pull with customers, both new and old. And this is why I am hopeful that we’ll see some big changes to “how Google does cameras” on the Pixel 6.

Pixel 6 Camera Leak – What We Know So Far…

The first proper leak about the Google Pixel 6’s camera related to the front-facing sensor, not the main one. According to leaked CAD designs of the phone, Google’s Pixel 6 will either feature an under-the-display front-facing camera or a pop-up camera. But considering ZTE has already done an under screen camera, my money would be on the former for the Pixel 6.

With the rear cameras, less is known, sadly. But this is an area where I believe Google will make some significant changes. We already know how good Google’s machine learning is for photography. But I’d like to see some improvements with the hardware, even if that meant a more expensive Pro version of the Pixel 6. 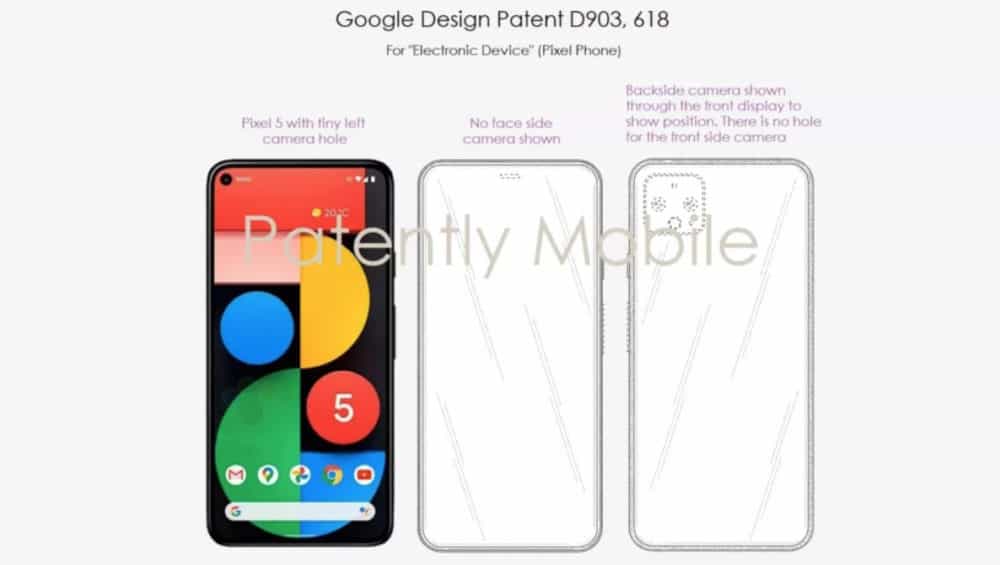 Both Samsung and Apple have invested heavily in their camera hardware this year, adding in improved sensors for better zoom, less noise, and, overall, better quality imaging. The Galaxy S21 Ultra is getting rave reviews and Apple’s iPhone 12 Pro Max received similar plaudits when it first landed. At the moment, it is these two phones that are the ones to beat with respect to camera performance.

Similarly, Apple is gearing up to add a periscope lens to its iPhone 13, most likely on the Pro Max model, so the idea of Google finally adding a third lens to its Pixel 6 in 2021 is not too far fetched. With an additional lens, combined with Google’s masterful machine learning technology, the Google Pixel 6 could place itself back in contention for the best camera phone of 2021. Without any meaningful updates, I fear Google’s Pixel phone will be outpaced by its peers.

Let’s Have Larger Camera Sensors on The Pixel 6

And as someone that has used Pixel phones exclusively since the first model landed, this is not something I want to see happening. The simplest place to start with the Pixel 6 would be adding in a bigger main sensor – the Pixel 5’s is tiny compared to what’s being used inside Samsung, OPPO, and Xiaomi phones.

Bigger sensors means more light. And more light means less noise – an issue the Pixel 5 certainly has – and more detail. And more detail means better-looking shots. Imagine how good your Astrophotophy photos would look with even a slightly larger sensor? I know Google isn’t sold on “going beyond 12MP” for its main camera, but things have moved on quite a bit since its former camera chief, Marc Levoy, made these comments.

It’s early doors yet on the road to the Pixel 6 launch, but as we approach Q2 I think we’ll start to hear more and more about the Pixel 6 and its camera updates. As the leaks start flowing, we’ll be able to build out a better idea of what Google has in store for us in 2021 with its new Pixel 6 range.