No Notch, No Bezel In Latest Google Pixel 4a Leak (FINALLY)…

Google’s had an ongoing issue with bezels since, well, the first Pixel phone. But this latest leak of the Pixel 4a shows off a completely new design…

Remember the OG Google Pixel? And every Pixel phone that followed it? Most had rather ungainly bezels. You got a notch on the Pixel 3 XL, however, but that too was pretty unsightly. But it looks as if things could finally be changing with the launch and release of Google’s Pixel 4a.

I mean, just look at it (image below); it’s got more in common with the iPhone X and Samsung’s Galaxy S10 than Google’s current Pixel 4 phones. 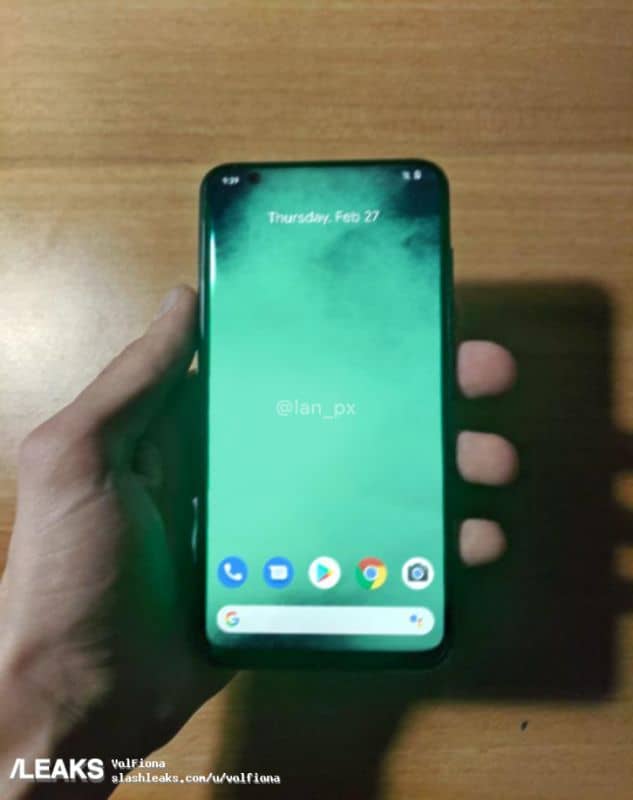 There’s even a hole-punch camera on the front in lieu of a notch and while this won’t be to everybody’s tastes, it is infinitely preferable to a notch or a big slab of bezel running across the top and bottom of the phone.

Why? Because it makes the phone’s design look tighter and more up to date, more modern basically – key things all of Google’s Pixel phones have lacked to date.

Aside from the lack of bezels, there’s not much else to go on here, sadly. An OLED display is almost certain given that the Pixel 3a had one, although we’re not expecting the Pixel 4a to carry 5G connectivity. And the reason for that is simple: it’ll run an older Snapdragon chipset (likely the 730 CPU) in order to keep costs down.

What I would like to see, however, is better storage options (a 128GB model would suffice) and more RAM. If Google did only added these things, I’d be more than happy to upgrade from my current daily driver (the Pixel 3a), so long as Google kept the price at $399.99. Any more than that and the phone would lose its charm.

The Pixel 3a, now less than $300, has been a great daily driver for me. It’s not the fastest nor is it the best phone on the market. But for sheer value for money, it is kind of unbeatable, especially when you consider that it will get Android 11 before the $1800 Samsung Galaxy Fold. Crazy, right?

The Pixel 3a was also the best-selling Pixel phone release of all time. And this, of course, was down to its pricing. This is why we’re getting a sequel. Google’s had a taste of hardware-related success (something that rarely happens) and it wants to ensure that it continues well into 2020 and beyond because the Pixel 4 range is not giving Samsung or Apple any trouble at the top of the market. Or OnePlus, Huawei, and OPPO for that matter!