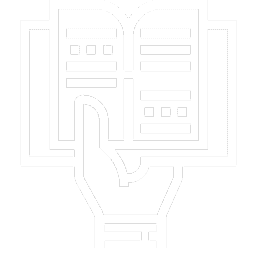 Should You Buy A Huawei Smartwatch? PROS & CONS…

In a market with so much choice, are Huawei’s smartwatches worth a look? In this guide, we’ll cover the PROS and CONS of Huawei smartwatch ownership… Huawei is one of the biggest tech brands on the planet. It makes phones, network infrastructure, and wearable devices like smartwatches. In this post,…

All the latest mobile phone news about the biggest and best brands – from Samsung phones and iPhone to OPPO, Huawei, OnePlus, RealMe, VIVO, and more. We also cover the latest phone leaks, new releases in the wearables sector, and publish information on the best new phone deals as they happen.

Things change fast in the mobile phone space. Billions of dollars of revenue are constantly on the line, so phone brands like Apple, Samsung, and Huawei, as well as a plethora of others, are constantly tweaking and evolving their phones.

This is why there is always news – news about new phones, new software updates, Android versions, and new iOS features.

With each new phone, you get a ton of additional information – from boring things like release dates and pricing to more exciting stuff like spec updates and new camera tech.

We cover all the latest news from Apple, Samsung, Huawei, Google, and more. So it doesn’t matter if you’re interested in iPhones or Android phones, you’ll always find what you’re looking for.

And it’s not just phones, either. We cover all the latest technology trends, including tablets, laptops, MacBooks and Macs, apps, games, and all the goings-on in silicon valley’s biggest companies like Google, Facebook, Apple, Tinder, and Twitter.

Apple’s iPhone is the most well known and popular mobile phone on the planet. Apple’s iPhone business is also the envy of nearly every phone maker on the planet – Apple makes more money and sells fewer phones than its peers, and if you’re a business guy, that’s basically the dream.

With new iPhones, people are always hungry for information. The iPhone 12 is now official. We know everything about it, including how much it costs, its specs and features, and when you can buy it – check out all the latest iPhone 12 deals here.

But as soon as one iPhone is launched, everybody’s attention turns to the next iPhone. In this case, that’d be the iPhone 13. The iPhone 13 launch won’t happen until late-2021. But that doesn’t mean there won’t be anything to talk about until then.

There are already plenty of iPhone 13 leaks. And as we progress through 2020 and 2021, the frequency of these leaks will increase, confirming new specs, new updates, and new design changes.

Samsung is the next biggest phone brand on the planet. Next to Apple, Samsung is actually a bigger company and it does shift more phones. It’s just not as profitable as Apple, though this is down to how Android is run (spoiler: Google makes all the money).

Huawei has had a rough couple of years. After massive growth off the back of huge investment in its phone company, the company got smacked with sanctions from the USA that prohibited it from using Google apps on its phones – things like the Google Play Store, Chrome, YouTube, and Drive.

This obviously sucks for Huawei and its massive user base. But the company is pressing on; it plans on launching new Huawei phones just as it has done in the past. And if you’re interested in Huawei phones, we have all the information you’ll need – from new Huawei phones to the specs for incoming models that are about to be released.

The tablet market has kind of died a death of late. Dominated by Apple’s iPad, there are only a few players left in the space right now: Apple, Samsung, and Huawei.

Still, there is still always plenty of news about Apple’s iPad, Huawei tablets, and Samsung’s ever-growing range of Android tablets.

You also have brands like Microsoft to consider too. Microsoft’s Surface lineup of machines, while not technically tablets in the same vein as Apple’s iPad, can be used as tablet devices, so we tend to include these types of laptops in with our coverage, though we call them hybrids.

New phones launch all the time. From hundreds of brands, big and small. Navigating your way through the noise is tricky, especially when you consider just how good phone companies are at marketing these days.

Our news coverage is designed to show off the best new phones from smaller, lesser well-known companies, as well as the latest information on popular brands like Apple and Samsung to aid you in your buying choice.

Why is this important? Simple: because the best mobile phone for you isn’t always going to be an iPhone or one from Samsung. There are loads of options nowadays at great prices that are brilliant for many types of users.

Brands like OPPO, OnePlus, Xiaomi, and Google with its Pixel 4a.

All of our news coverage comes with analysis and insight, our own personal opinions, based on over a decade of experience, about the phone we’re covering. We’ll always exact the good, the bad, and the ugly. And, in the end, help you to separate the marketing spiel from the actual stuff you need to know.