As Google takes the reigns and launches Android 11 on their Pixel series handsets, Oppo is releasing its own ColorOS 11 update over 28 devices in full and it might not be the only big rollout that we see this year.

Oppo has been a leading smart device brand since it launched in 2008. They have worked hard to keep up with the mobile industry big dogs like Apple and Samsung, providing a wide range of smartphones that offer aesthetic satisfaction and innovative technology. The Oppo Find and Oppo R Series are the leading devices from the company at present.

The company operated in over 40 countries and regions with 4 R&D centers and 6 research facilities, as well as an international design center in London. With over 40,000 employees, Oppo is dedicated to creating a smarter life for its customers worldwide.

The current version of ColorOS is based on the Android 10 user interface, which means that Oppo users will get a similar experience to a Google Pixel user. Features of the ColorOS include full-screen navigation gestures, dark mode, and a digital wellbeing solution which is used by Google. The digital wellbeing tool is to help minimize users’ access to social media and smartphone apps in general after it was realized that consumers are spending too much time online.

Oppo continues to go from strength to strength with its hardware development and now its software is keeping up with the best flagship handsets on the market.

ColorOS 11: What To Expect?

Oppo has taken the risk of moving away from the usual heavy skins that you tend to see on the likes of Xiaomi and Huawei. They are going for a closer Android 11 experience with the typical navigation setup, bubbles, and conversation view for new notifications.

However, ColorOS 11 isn’t identical to Android 11, it just mimics the core features. Customization in ColorOS 11 is a key difference. Oppo users can adjust the shape of their icons, create a personalized Always-on display and so much more. 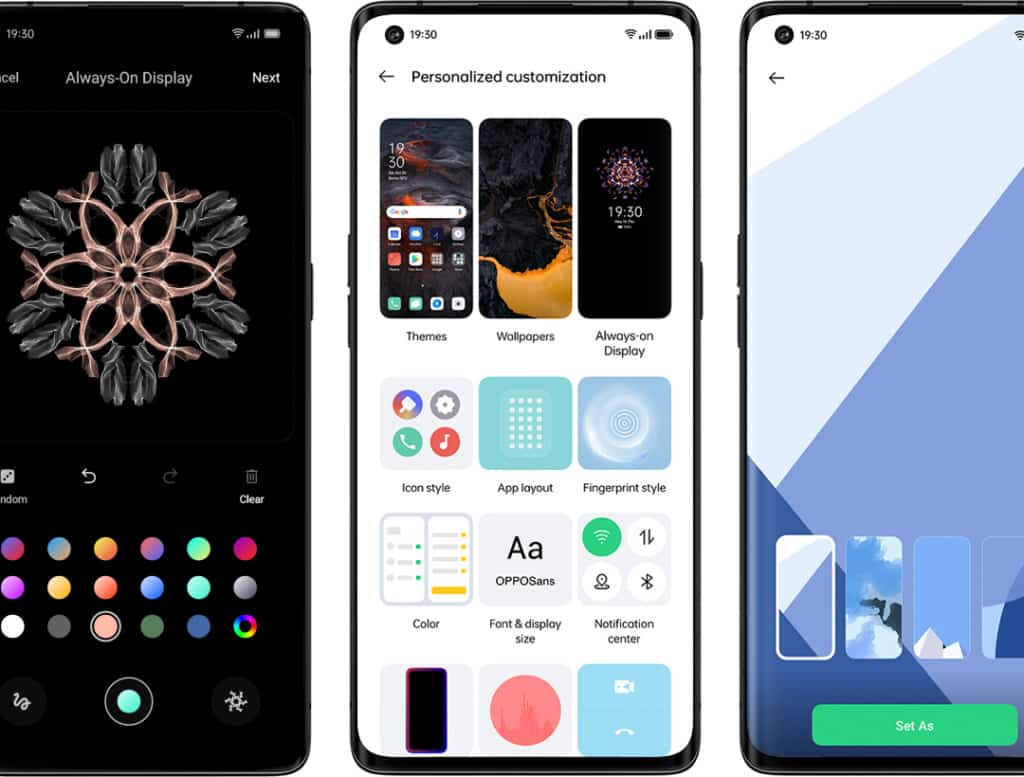 One of the cooler features is the customization of Dark Mode. The user can choose from three different tones and have it change throughout the day depending on usage and preference. 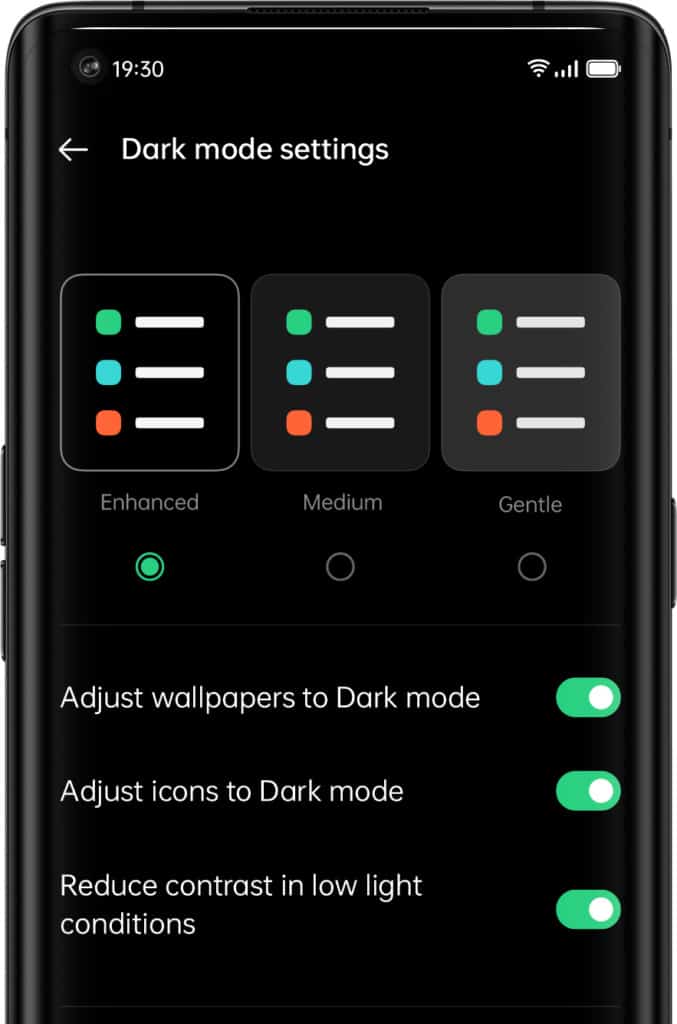 A handy feature that Oppo and Google developed together is the ability for users to take a screenshot by running three fingers down the display. However, Oppo has developed this further by adding the option to be able to translate text within the screenshot with just one tap of the screen. This feature is powered by the same software used in Google Lens and is perfect for frequent travelers or users that need to translate messages regularly. 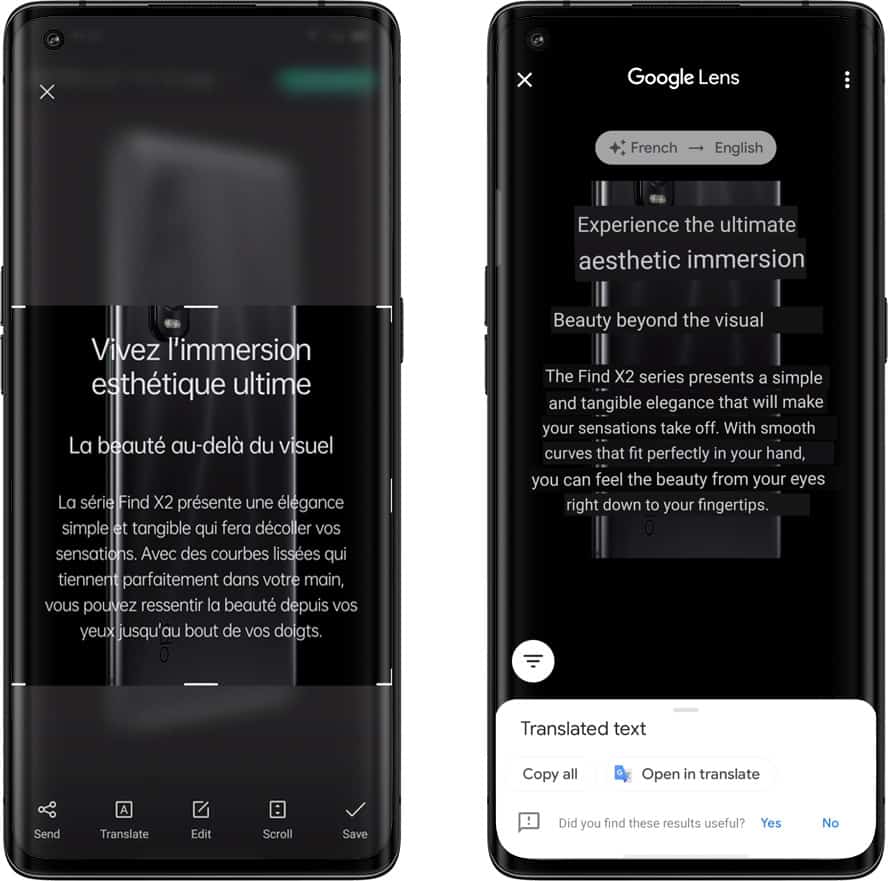 Flexdrop is another of the new features which provide a simple and innovative solution to multitasking. This feature allows users to carry on watching a video and be able to text at the same time. A great addition for those who like to game as it means they don’t have to fully come away from the game to read or reply to a message.

With the addition of a new Device Control Menu, users can control several, common smart home devices without the need of downloading individual product apps. 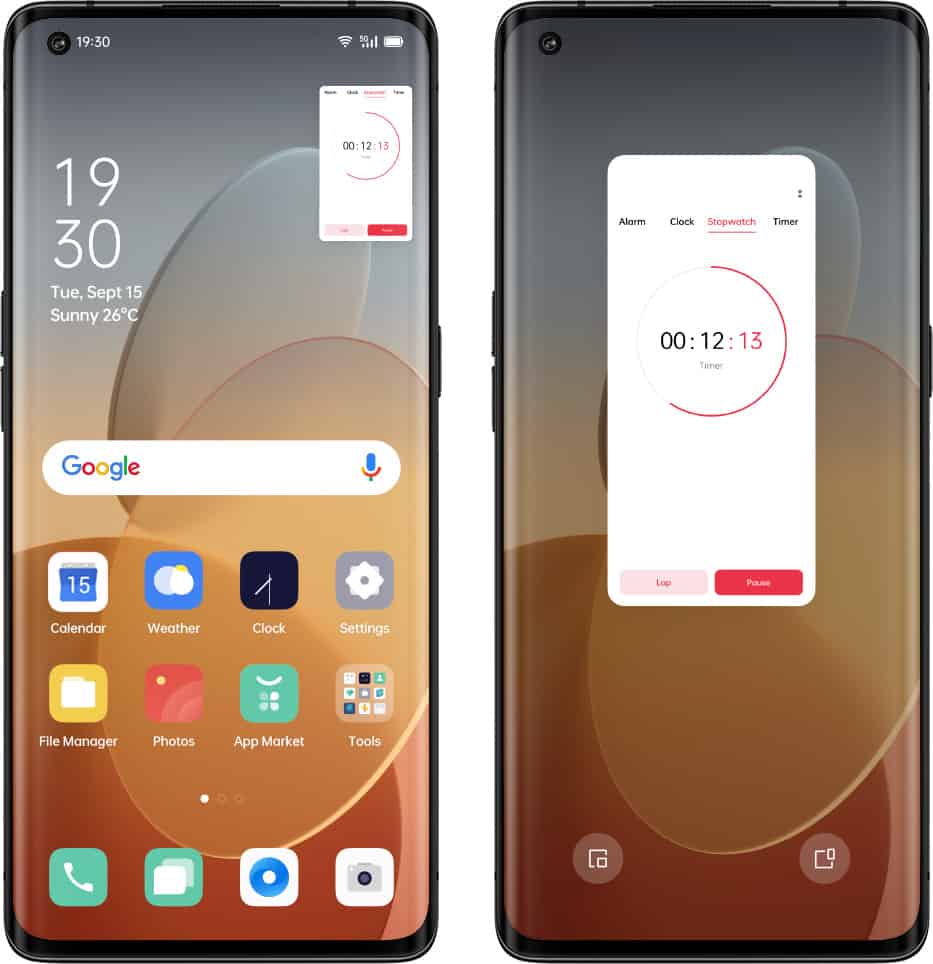 One thing that every user of any smartphone wants to see improvement on, is prolonging the battery life of a phone. Oppo has addressed this by creating the new Super Power Saving Mode which allows users to select six apps to run in low-battery situations. To work along with this feature is Battery Guard, preventing damage from prolonged charging by learning its users’ habits. This is done by intelligently pausing charging once at 80% at night, before resuming to achieve a full charge by the time the user wakes up.

Android 11’s newly added privacy options have been incorporated in the new ColorOS 11 update. Private System creates a separate system where the second version of apps and data runs independently from the original and is only accessible via fingerprint scan or password. This is similar to having another user account on the handset, only it is a private, duplicate version of the main account. 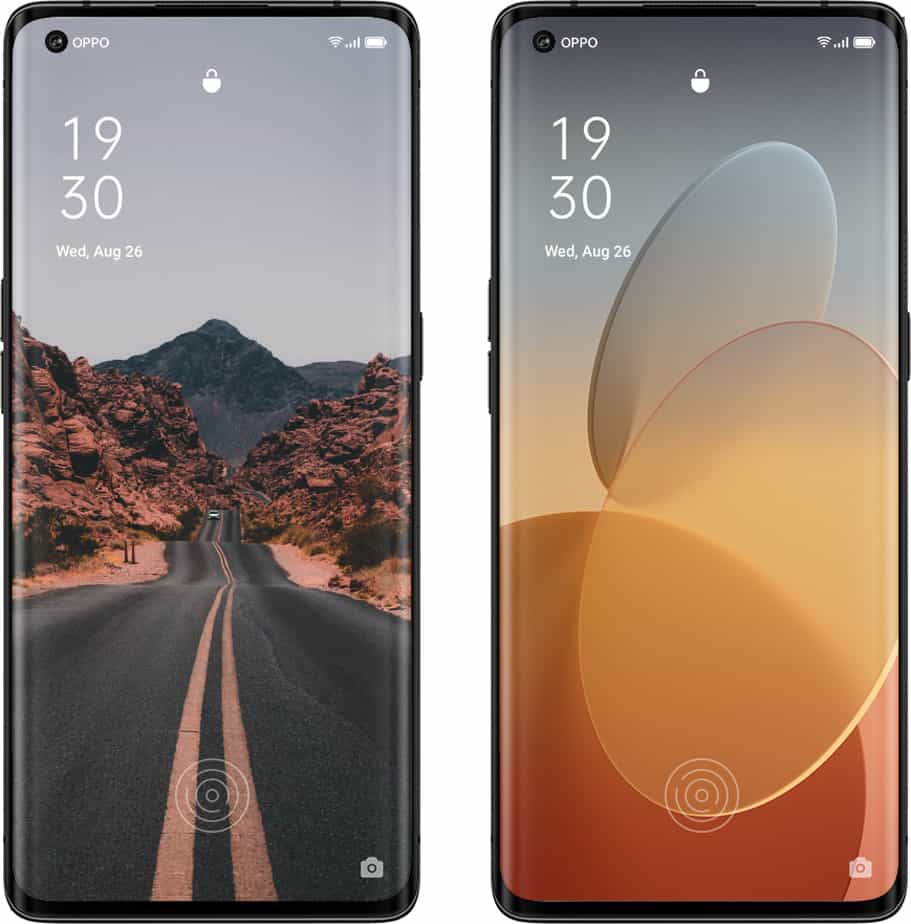 If a user isn’t interested in hiding the full handset they can choose to use App Lock which is a new shortcut and allows users to lock apps through password, fingerprint or facial recognition.

The Fastest ColourOS11 Rollout In History

The last couple of weeks have allowed tech-savvy users to explore the beta version of ColorOS 11 and give any feedback they may have. However, as of September 14th, the full version will start rolling out over several handsets.

Oppo has chosen to release the update on a batch-by-batch basis, starting with the Oppo Find X2 and Reno3 Series. The complete rollout will cover 28-plus phone models. See below for details of the dates for each batch: