OnePlus will release the OnePlus Nord Series in July. The phone will cost less than $500 and feature very compelling specs and hardware, as well as 5G. Here’s everything you need to know…

OnePlus has confirmed that its next smartphone will be called the OnePlus Nord. The company even has a dedicated landing page for the phone on its official site where interested parties can pre-order the phone ahead of its release date.

Speaking of release dates, when is the OnePlus Nord getting one? The phone will get a launch on July 7, so a release date should follow pretty soon thereafter. Those that pre-order (you can do that here) will be first in line to receive the phone, as is usually the case, and the rest of us will probably be able to get our hands on it by the end of July.

As for specs, well, the OnePlus Nord is re-positioned as a “cheap” smartphone option; it will run Qualcomm’s Snapdragon 765G, have 5G connectivity, and a 6.5in 90Hz display alongside 6GB of RAM, a triple-lens camera, and up to 256GB of storage. If this happens, and the phone DOES cost less than $500, as OnePlus CEO has claimed, then this phone, not the iPhone SE 2020, could well be the budget phone to beat in 2020 and beyond. And this is a big deal whichever way you slice it…

Why OnePlus’ “SE” Moment is Good News For All…

OnePlus phones used to be cheap. Now they’re more expensive than Apple’s iPhone 11 (and, most likely, the iPhone 12 too). In order to remain competitive, OnePlus had to do something. And that something is the OnePlus Nord.

Many phone companies have tried to make “cheap” and “cool” work, but nearly all have failed. Cheap is not sexy and it seldom gets you a seat at the big dogs’ table. OnePlus is the exception to this rule; its plucky branding and gorilla-style marketing, as well as the truly innovative invite-only system used for its first couple of phones, helped cement it as one of the most well known and respected phone brands on the planet.

And it did it all in about half as much time as it took Samsung. And likely for a lot less money. But that’s the past; the present is a lot different. OnePlus does not make cheap phones anymore. The OnePlus 8 retails for more than an iPhone 11, and the OnePlus 9 will almost certainly cost more than the iPhone 12. Things are tough at the top end of the market though; you have Apple and Samsung to deal with – and they have a ton of cash to burn. OnePlus is also a big deal in India and other emerging markets; it needs a phone to target these places with.

This is why the OnePlus Nord exists. Another reason? Apple is now making cheap iPhones, so OnePlus needs to ensure it has a strong presence at the lower end of the market, which has proven to be hugely lucrative these past few years. Just look at all the success Google had with the Pixel 3a, how brands like RealMe and Xiaomi have taken off in the UK and Europe. Neglecting this market segment, as OnePlus has done for the last couple of years, does not make business sense. It needs a sub-$500 phone.

And this is why we’re getting the Nord.

There’s been a few pretty tasty leaks in the last week about OnePlus’ rumored “budget phone” for 2020. Previously, this phone has been referred to as the OnePlus Z, however, more recently leaks have suggested that the phone, once announced, will actually be called the OnePlus Nord.

Leaked on Twitter, the OnePlus Nord will apparently run on Qualcomm’s Snapdragon 765G CPU, have full support for 5G, and also rock a quad-lens camera on its rear. And if that wasn’t enough, there is also talk of it having a 4000mAh battery and a 6.4in 90Hz display, as well as Warp Charge.

The OnePlus 8 and OnePlus 8 Pro are now official. But unlike previous OnePlus releases, they’re kind of expensive – especially the Pro model. Hopes for a cheap OnePlus release in 2020 are not over, though, as word on the street suggests the company is prepping to release the OnePlus Z within the next couple of months.

Like the iPhone SE (2020), the OnePlus Z will be priced in and around the $399.99 mark, making it decidedly cheaper than both of OnePlus’ current OnePlus 8 and OnePlus 8 Pro handsets. If it does launch, by the close of the year, you’ll have $399.99 phone options from Apple, Google (with the Pixel 4a), and OnePlus with the OnePlus Z.

Obviously, the OnePlus Z will lack most of the OnePlus 8/8 Pro’s core, flagship features – things like IP67 water-resistance, wireless charging, the 865 processor, and 12GB of RAM. This needs to happen to keep the price nice and low.

But as you can see below, the OnePlus Z’s specs aren’t exactly low-grade:

As you can see, there’s A LOT of RAM, plenty of storage, a decent, 90Hz display, and a flagship-grade chipset. On the subject of the MediaTek Dimensity 1000, it’s packing the latest ARM CPUs and support for 5G. If the OnePlus uses the 1000 model, not the 800, it should launch with 5G, so be sure to keep an eye on that stat when the phone gets official.

Meanwhile, the iPhone SE (2020) uses Apple’s monstrous A13 chipset which beats essentially everything else on the market right now, including Qualcomm’s latest and great Snapdragon 865. The OnePlus Z does have more RAM than the iPhone SE, however, and it is also (allegedly) packing a triple-lens camera on its rear; the SE (2020)’s is a single lens. 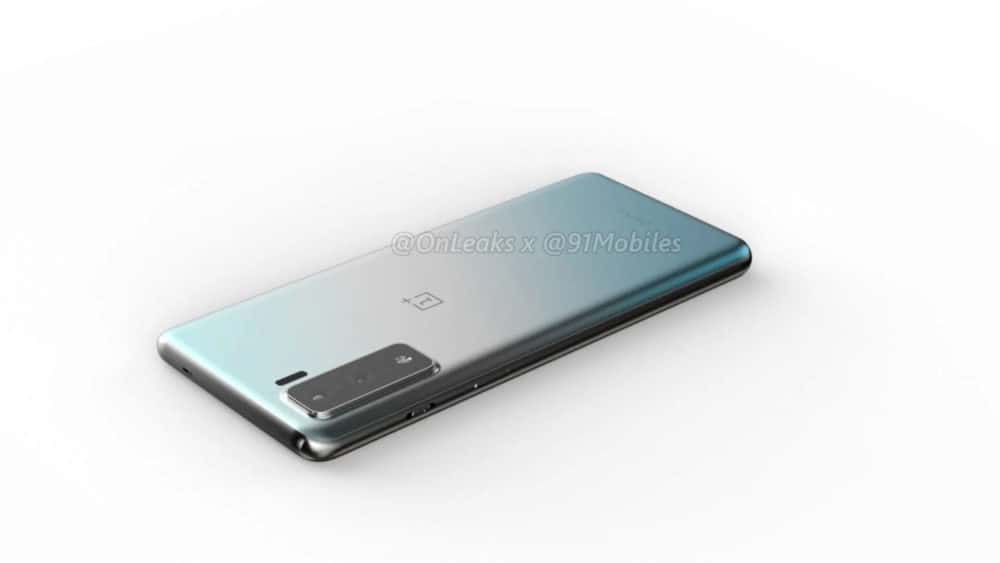 Other sources claim the OnePlus Z will feature a dual-lens camera, so the jury’s still out on the OnePlus Z’s camera tech at the moment. We’ll have to wait until we get more leaks in the future. In terms of raw specs, though, the OnePlus Z is more than a match for the iPhone SE (2020) in most areas, save for its SoC.

As for pricing, rumors suggest the OnePlus Z will retail for £400/$400 once it gets a release date in July, quelling any hopes for a $250/£250 release from OnePlus in 2020. Me personally? I’d probably just get the OnePlus 7T over this phone; it’s basically the same deal and is now readily available with zero concessions.

Another option would be the iPhone SE (2020) which, for $399.99/£419, is already setting pulses racing all over the globe. You can pick one up via Three on a range of ultra-competitive contracts deals too – prices start from as little as £30 a month.

At the end of the day, the upshot of all this is that by the end of 2020, you will have a variety of very compelling sub-$400 phones from some of the biggest phone brands in the world to choose from. And that is something we all stand to benefit from…

Looking To Save Big on iPhones, Xbox Consoles & Tablets? Check Out Music Magpie – You Could Save Hundreds of Pounds!