OnePlus is Now An OPPO Sub-Brand (Under The BBK Umbrella)

OnePlus – as we know it – is no more. The plucky upstart that gained traction in the west is now formally an OPPO sub-brand. What does this mean?

BBK is an enormous technology company based out of China. Most people have never heard of them though – and that’s the point. BBK owns and/or controls several big phone brands: RealMe, OPPO, VIVO, and OnePlus.

The inner workings of how BBK operates, and how its brands work under its corporate umbrella, are murky at best.

But what we do know, officially now too, is that two of its brands – OPPO and OnePlus – are being brought together under one roof.

OnePlus is now part of the OPPO family, it will operate as a sub-brand inside the OPPO stable. But this will not impact how OnePlus operates or develops its products apparently.

A leaked corporate memo obtained by Evan Blass details a bunch of changes that will take place once the merger is complete. It also explicitly says “not to respond to any OS or ColorOS questions that target the integration announcement”.

The reasoning behind the move, according to the memo, is simple: it was done to “streamline resources, improve efficiencies and operate as more capable and innovative global technology company”.

Taking the memo at face value, it appears that by joining forces both companies feel they will be better placed to deal with increased competition from brands like Apple, Samsung, and Xiaomi.

Or, if you want to be more conspiratorial: OnePlus is failing as a company and it needs new operating procedures to remain a viable business. The mention of “efficiencies” in the memo indicates that losses are happening and need to be curtailed.

Is OnePlus Dead? Is This Bad?

The memo states that OPPO and OnePlus will still operate as separate brands with their own autonomy. The memo also confirms that the Nord brand will remain in play, as well as OnePlus’ Never Settle tagline.

OnePlus, however, will not have more R&D and research budget at its disposal, according to the memo. This means its focus on high-end products and low-price mid-range Android phones, as well as IoT devices, will not change.

What About Pete Lau?

Pete Lau founded OnePlus way back when. He has overseen the company’s development and growth since day one.

Lau will not be going anywhere, according to the memo, and will assume the role of Chief Product Officer at OPPO.

Is This A Good Thing?

Perhaps. The memo’s messaging is clearly focussed on the positives. It claims again and again that the OPPO/OnePlus merger will free up resources and budget for better investment in technology.

But, as always, there are going to be downsides, negatives that will not be acknowledged publicly by the company. And one of these will almost certainly relate to the operating system – that’s why the memo forbids any execs from talking about it.

Conclusion: My 2 Cents on The OPPO / OnePlus Merger…

Another issue? BBK phones kind of all look the same. The VIVO X60 Pro and the RealMe GT, for instance, are kind of identical in the way they look. There are differences, but in the hand, they look and feel very similar.

Could these “increased efficiencies” be coming from a more cookie-cutter approach to making and designing phones?

It’s possible. Doing R&B on one design and then using it across two brands would save a considerable amount of money on costs.

All OnePlus would have to do is change the branding. This is speculation on my part, but after using multiple OPPO, VIVO, and RealMe phones, I have a sneaking suspicion this is what is about to happen.

I could be wrong and this merger could be a good thing. It will give the two phone brands more buying power and command. This will make getting access to things like chips and components easier – volume talks when you’re buying components.

But I do have some worries, especially since I’ve been such a big OnePlus fan for so long.

Only time will tell in that regard. For now, I’d keep your eyes peeled for any official comment on ColorOS, as that seems to be something OPPO really doesn’t want to talk about… 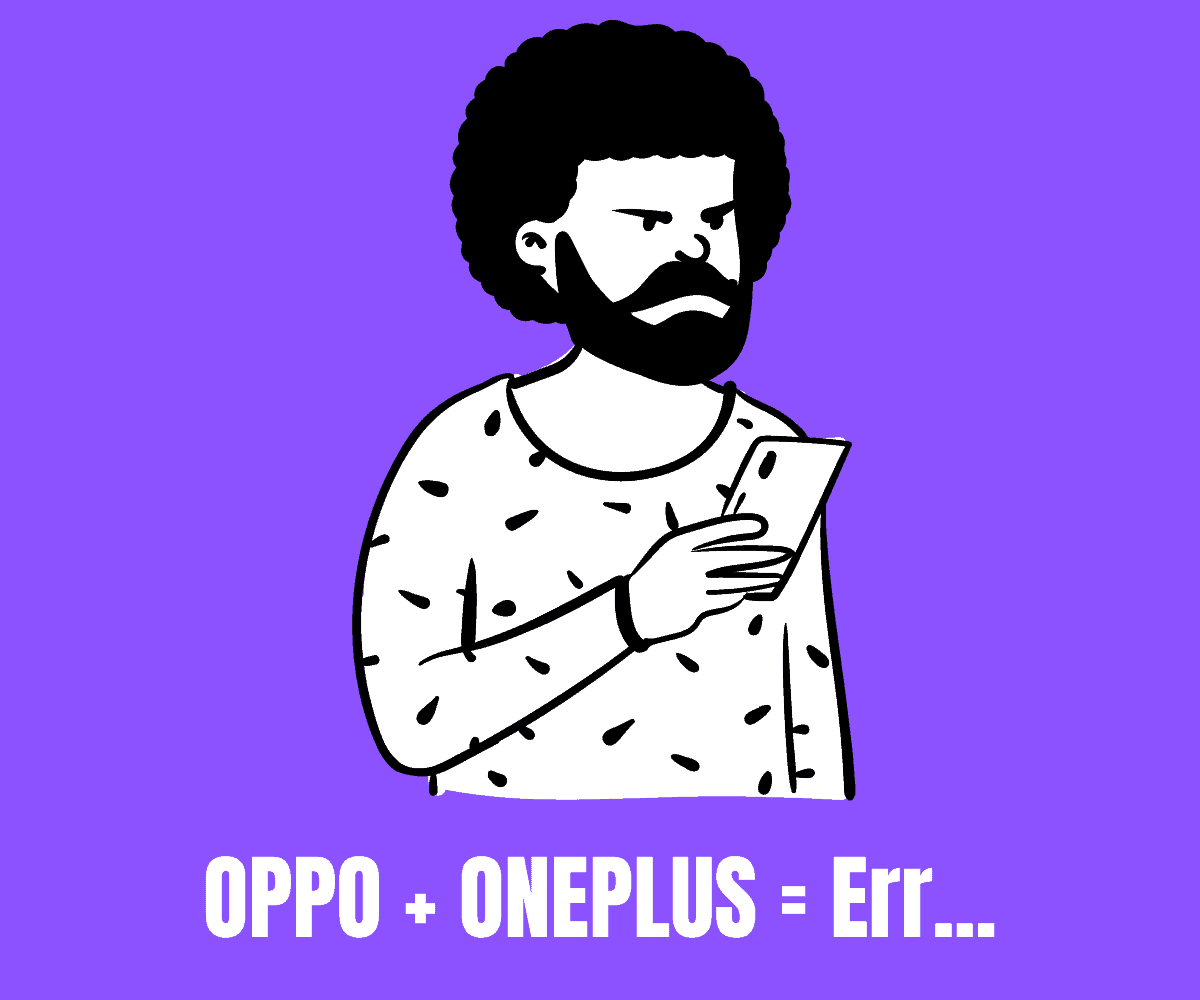