OnePlus put the new Sandstone White colour variant of its OnePlus 5T flagships smartphone up on sale on January 9 and is already out of stock a day later. According to a tweet from OnePlus’ official Twitter account, however, the handset sold out in less than two hours from the time sales went live.

“Gone in less than 2 hours! Thanks for the #SandstoneWhite love, everyone,” said the tweet.

OnePlus didn’t detail how many units were available, however, so we’ve no idea whether this is a really impressive thing or not – it may indeed be that interest is so high that massive stocks were eaten up rapidly, but by the same token it could be true that OnePlus didn’t have a massive number of handsets to begin with.

More importantly, however, we also don’t know if or when OnePlus plans to put more inventory of the white coloured OnePlus 5T on sale again.

As far as we can tell it wasn’t explicitly labelled as some kind of limited edition, but on the other hand OnePlus has been known to offer limited edition colour variants before, so it may have been a one-time thing.

There is a silver lining to that latter scenario though – last time OnePlus did a limited edition colour variant it was the Soft Gold colour, which proved so popular it subsequently made its way into being a standard (though released later) colour option for the OnePlus 5; we could see the same thing happen again with the white colour choice. 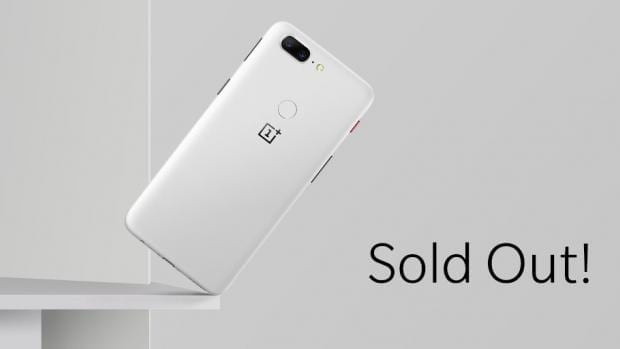