Existing games will get updated 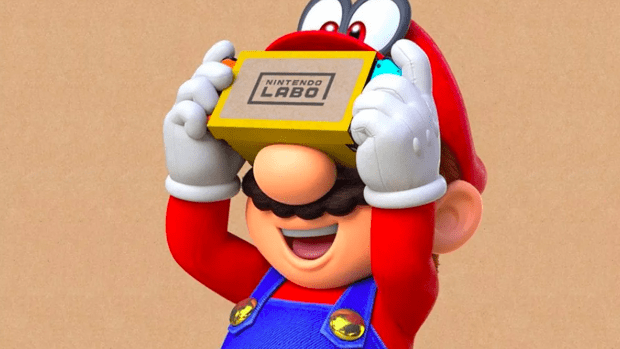 When Nintendo announced that it would be creating a VR headset out of cardboard, it seemed to make perfect sense. The company’s Labo range of DIY ‘Toy-Con’ was the perfect platform for short-burst VR experiences, and the fact that the Switch itself acts as the screen – just like Samsung’s Gear VR approach – makes it the perfect low-cost entry point for millions of potential players.

The pack – which includes a series of Toy-Con which have their own mini-games, as well as 64 other games which can be edited and customised thanks to the game’s robust creative mode – already offers quite an amazing deal for Switch fans, but Nintendo has just revealed another piece of news that makes Labo VR damn-near essential.

Shortly after launch, Nintendo will release updates which will make Labo VR compatible with Super Mario Odyssey and The Legend of Zelda: Breath of the Wild.

In the case of the former, you’ll be able to take part in special levels which can be played using the Labo VR headset. Viewed from a third-person perspective, you’ll control Mario as he dashes around the stage, collecting items. If you’ve played Astro Bot: Rescue Mission on PlayStation VR, you’ll have a decent idea of what’s involved. While the action remains pretty traditional, you’ll be ‘looking into’ the stage like it’s a 3D model – a cool effect.

Zelda, on the other hand, will be entirely playable in VR – you won’t even need to start a new save file to use the mode, which can be toggled on and off at any time during gameplay. Again, it’s viewed from a third-person perspective, but should give Hyrule another dimension.

The only catch with all of this is that you have to physically hold the VR headset against your face to play; Nintendo hasn’t released any kind of head strap for the device. This is apparently to ensure Labo VR gets as low an age rating as possible, but we can imagine that it will cause considerable arm cramp, especially if you want to play through the whole of Zelda in Virtual Reality.

Labo VR launches on April 12th, with the complete pack retailing for £70. However, a second pack is available for £35, which makes it the ideal entry point for those curious about the power of VR.