Netflix Could Be Adding Force Feedback To Shows

Netflix, like many modern tech firms, allows its employees to indulge in regular ‘hackathons’ where new ideas involving software and tech are allowed to bubble over, with some of the better examples often becoming fully-fledged features in their own right.

“For the most recent hack day, we channelled our creative energy towards our studio efforts,” says an official Medium post from the firm. “The goal remained the same: team up with new colleagues and have fun while learning, creating, and experimenting. We know even the silliest idea can spur something more.”

There were some pretty left-field efforts this year, such as Voice of Netflix, which “trained a neural net to spot words in Netflix content and reassemble them into new sentences on demand”. Then there was “Get Out!”, which isn’t a reference to the fantastic thriller movie from a few years back, but instead, a means of making sure meetings within Netflix don’t outstay their welcome.

“Our hack is a simple web application that allows employees to select a Netflix meeting room anywhere in the world, and press a button to kick people out of their meeting room if they have overstayed their meeting,” said creators Abi Seshadri and Rachel Rivera.

Perhaps the most “sensible” idea to come out of the 2019 event was Project Rumble Pak by Hans van de Bruggen and Ed Barker. A neat reference to the force feedback accessory seen on the Nintendo 64 games console, this hack tunes on-screen events to the haptic feedback motor of your mobile phone. So when something explodes on-screen, you feel as well as hear and see it.

“You’re watching your favourite episode of Voltron when, after a suspenseful pause, there’s a huge explosion — and your phone starts to vibrate in your hands,” said van de Bruggen and Barker. “The Project Rumble Pak hack day project explores how haptics can enhance the content you’re watching. With every explosion, sword clank, and laser blast, you get force feedback to amp up the excitement. For this project, we synchronized Netflix content with haptic effects using Immersion Corporation technology.”

We could actually see this final hack become part of Netflix’s mobile experience, assuming the company can come up with a way of automating the process so that the system is clever enough to know when to fire up that motor automatically. It would certainly make movie watching a more immersive experience, and would give you more reason to consume films on your phone rather than on your TV. 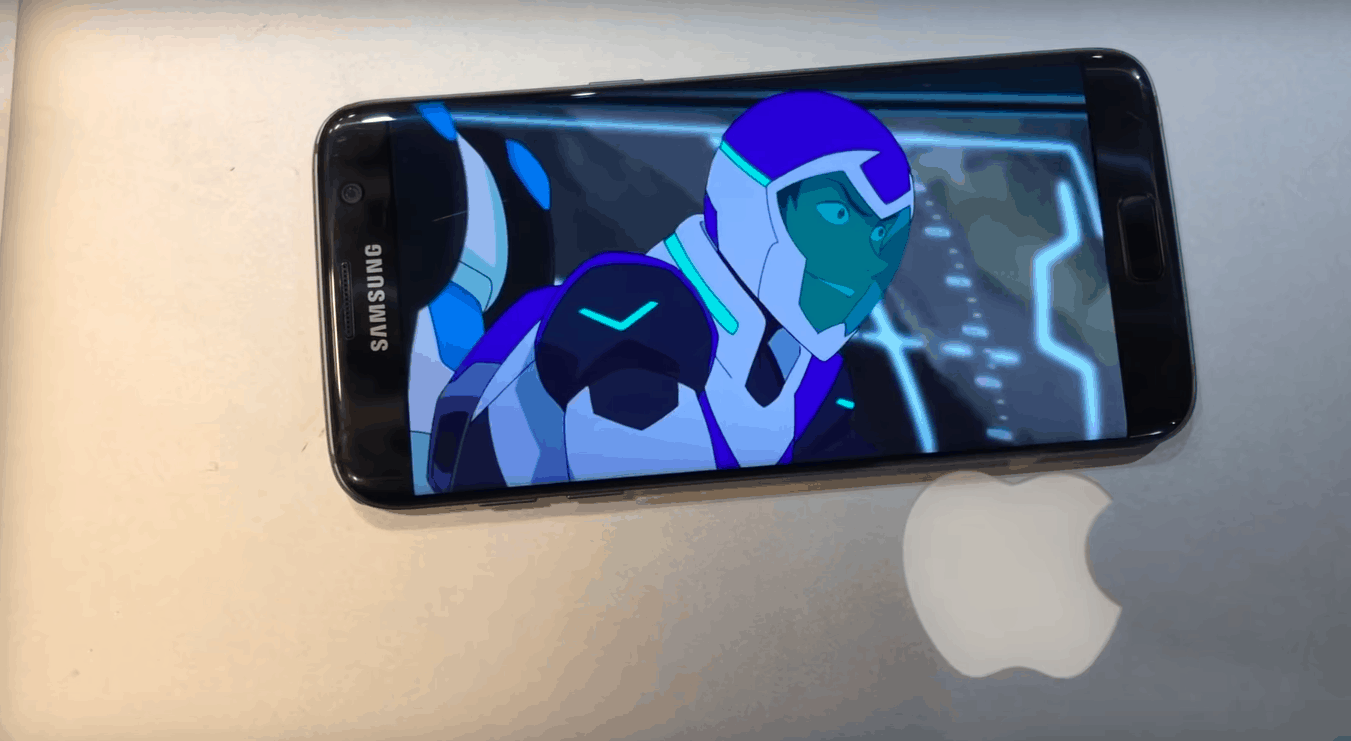