LG Teases New Designs For New Phones In 2020 & Beyond…

LG’s upcoming phones for 2020 and beyond will feature a new style of design language, one that is designed to be more premium and appealing…

LG’s place in the global phone market has withered dramatically in the last few years. The rise of phone companies like Huawei, OnePlus, OPPO, and RealMe, as well as Xiaomi, have driven down the prices of handsets, increased competition, and forced LG (as well as Sony and HTC) well and truly out of contention.

This is a problem for LG; it needs to produce results in 2020 and 2021 in order for it to survive. But how will it do this? 5G has been bandied around by the company as something that could revive its fortunes, but this feels like wishful thinking to me. If everybody has 5G phones on the market, how will it be any different to how it is now?

More recently LG has been talking about changes it is bringing to how it designs its phones. This is more like it. This is the kind of thing that will help LG turn around its fortunes. This and a more aggressive approach to pricing. Here’s what LG said about what it has in store for its new phones coming in 2020 and 2021:

“Our upcoming smartphone will draw on the rich history of classic LG designs which have always been distinctive at first touch. This handset will be a first-look at the competitive edge we will be bringing to every LG smartphone going forward.”

And Then There’s LG’s “Raindrop Camera”

You know how every new phone that comes out seems to have a bulbous camera unit strapped to its rear? Well, LG’s apparently got a work-around for this; something that will make its phones look sleeker and less, well… top-heavy and bulky.

This solution is called “raindrop” and, as you can see in the image below, it does look a lot smarter than a big chunky camera block. According to reports, the largest sensor is at the top and then the other sensors sit below it (in descending order of size, so the smallest lens would be located at the bottom). 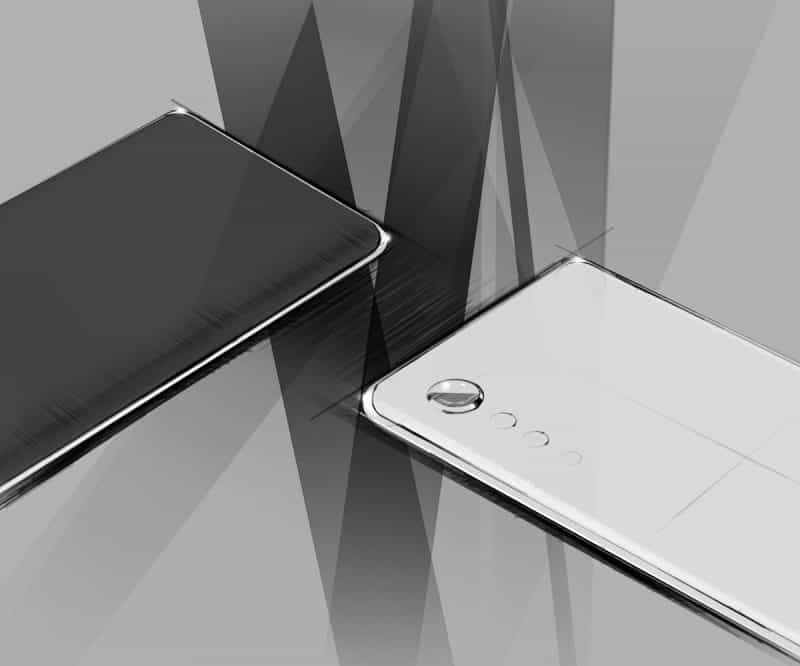 The next question is when will we get to see all the fancy new design? Could we see it aboard the next LG G series phone? Or will LG scrap that line of smartphones, as is rumored, and start afresh with something completely different?

I’m hoping it’s the latter, to be honest, a fresh start is often the best thing for phone brands that are in trouble.