The recent leaks relating to the Google Pixel 3 and Pixel 3 XL have left some people rather underwhelmed by the fact that Google continues to use a single rear-facing camera when the rest of the industry is all about multiple snappers. Google uses its AI smarts to enable this solitary sensor to shoot all kinds of impressive effects, including simulated depth-of-field ‘bokeh’ shots. It works really well, and in many cases, is actually superior to the results you get from dual-lens setups seen on many other phones these days.

Still, if you’re one of the people who thinks Google should get off its high horse and fully embrace the multi-sensor revolution then you’ll be pleased as punch to learn that Korean firm LG – which, lest we forget, manufactured last year’s Pixel 2 XL and could well be behind this year’s Pixel 3 XL – has just confirmed that it will launch a handset with not three, not four but FIVE cameras. Before you get too excited, it’s worth noting that only three of those snappers are located on the back of the phone; the other two are front-facing sensors (the Pixel 3 is reported to have dual-selfie cameras too, so technically it has three cameras, but whatever).

Looking a lot like the LG V30, the ThinQ V40 will come with a roomy 6.4-inch screen and you’ll be able to buy it in red, blue and grey colours. There’s no fancy in-screen fingerprint scanner, as the teaser trailer below clearly shows a rear-mounted variant (this ties in with earlier leaks relating to the phone, too), and that’s a bit of a shame – we get the feeling that in-screen scanners are going to be a big deal moving into 2019. Tellingly, there are no clear shots of the front of the device, but it is rumoured to be sporting an edge-to-edge screen with – you’ve guessed it – an iPhone X-style notch at the top. Everyone else is using the notch, so we’ll let LG off for this.

The dazzling number of cameras is clearly going to be the focal point of LG’s marketing for this phone, but there are some other points of interest. We’re hearing that it will include a Snapdragon 845 chipset, a Quad DAC and a dedicated button to wake up Google Assistant, not unlike the much-lamented Bixby button on Samsung’s recent Galaxy devices. How true any of these additional points are will be seen on October 3rd, when LG lifts the lid fully on its latest flagship Android blower. 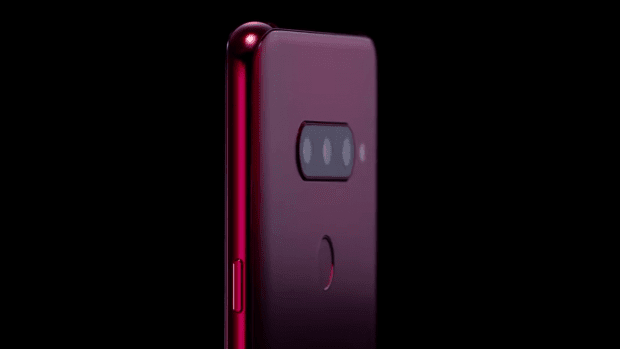