iPhone SE 3 Release Date & Specs: What We Want To See…

The iPhone SE 2020 launched in 2020. It was the cheapest iPhone Apple has ever created. Reviews were generally positive and sales have been pretty decent, even with Apple’s iPhone 12 now available.

But what does the future hold for Apple’s iPhone SE line of phones? Will there be an iPhone SE 3 in 2021? And if so, what will that phone be like? How will Apple update it? Let’s investigate…

The iPhone SE 2020 launched in April 2020. Apple likes to be pretty regular with its updates. We always get new iPhones around the same time every year – late-Q3.

Using this logic, if a new iPhone SE model is coming – and it is called the iPhone SE 3 or iPhone SE 2021 – then it stands to reason that the phone will launch in and around April 2021. This launch period is great for Apple, as it gives it a fresh sales period, and more revenue, during the early part of each new year. Sales of its standard iPhones are always good, year-round, but having a cheaper option to bulk out sales (and revenues) during Q1 and Q2 will always be welcome.

For this reason, if we do get another iPhone SE in 2021, it will most likely launch in and around April 2021.

Adding fuel to this idea is a couple of new leaks via Macotakara that suggest the iPhone SE 2021 will, indeed, launch in March. According to the reports, the new iPhone SE 2021 will launch alongside a new pair of Apple AirPods (like the AirPods Pro 2) and likely get a release date sometime in April.

The next question is what kind of spec will the iPhone SE 2021 (AKA iPhone SE 3) carry? Will it keep the home button? Or, will Apple move the platform over to its more modern design which uses FACE ID in place of a home button. As of right now, no one knows. But the addition of 5G is almost a certainty.

iPhone SE 3 Specs – How Will It Be Updated?

With this in mind, the next logical step, if Apple does release and iPhone SE 3 in 2021, would be to base the model on its iPhone 11. It couldn’t use the iPhone XR, for example, because that phone is too similar, in terms of spec, to the current iPhone SE 2020 model. 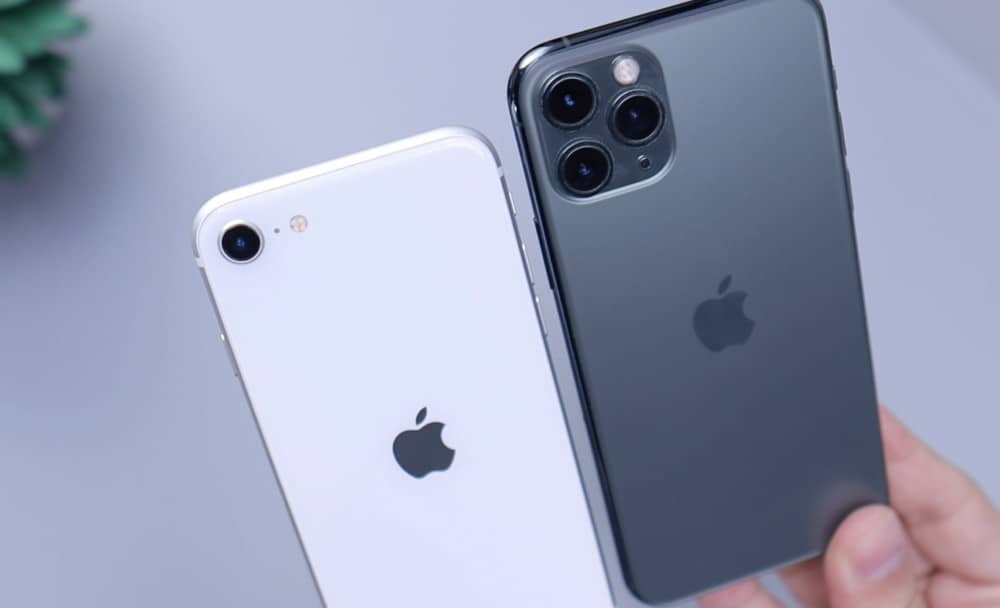 Basing the iPhone SE 3 on the iPhone 11 would mean the phone would feature a dual-12MP camera on the rear, have more RAM, a larger display (potentially LCD, but it could be OLED), and a slightly different design. It would look and feel like an iPhone 11 and that means it would have a 6.1in display.

And because Apple now has its iPhone 12 Mini, I don’t really see the need for a small iPhone again. A cheap iPhone, sure, but not a small one. For this reason, as well as what’s been outlined above, if we do get an iPhone SE 3 it will almost certainly be based on the iPhone 11.

That would keep the size down and ensure great performance, as it would almost certainly run Apple’s A14 CPU.

How Much Will iPhone SE 3 Cost?

Price is obviously a big bone of contention with this kind of release. The iPhone SE 3 will obviously be cheaper than the base-model iPhone 12, but it will, again, almost certainly be more expensive than its predecessor, the iPhone SE 2020.

Why? Because the iPhone SE 3 will feature improved specs, a new design, and will likely also run 5G – and these updates will cost money which will be passed on to you, the consumer. The only question is how much more will the iPhone SE 3 cost compared to the iPhone SE 2020?

Having said that, if Google can produce a cheap 5G phone for less than $400, in the form of the Pixel 4a 5G, I don’t see why Apple cannot do the same. DO and WANT are two very different things, however, and Apple usually WANTS to charge more for its products, so expect a sizeable price hike with the iPhone SE 3 in 2021.

And if that is indeed the case, the iPhone SE 3 will be a MAJOR update in the camera department. In fact, compared to the iPhone SE 2020’s camera, it would be a quantum leap with respect to performance and image/video quality.

Based on all of the above, I know I am definitely interested in seeing what happens with this phone, providing we actually get one!

Nothing is yet confirmed, so it is entirely possible that Apple could not update its iPhone SE 2020 next year and, instead, wait until 2022 as some have claimed.