By Richard Goodwin
Updated: 10/01/19 - 13 min read
News
Prior to the release of iOS 13, Apple released a slew of updates to its iOS 12 update – and every single one of them is covered in detail below… Click to Tweet

iOS 12.1.1 introduces some redesigns and subtle tweaks for apps that make the operating system that runs on Apple’s iPhones and iPads better. The new features include pretty significant updates to Apple’s FaceTime app, wider support for eSims, and, you guessed it, new emoji.

Without a doubt, the biggest feature of iOS 12.3 is the new TV app. Apple has completely revamped the TV app to make the user interface simpler and more appealing.

The new app now features three prominent buttons at the bottom of the screen: Watch Now, Library, and Search. Watch Now is the most important one as this is where users discover all kinds of content across multiple services on their device.

Watch Now itself is broken down into multiple categories including Up Next, which shows you what to watch next based on your video queues across various apps. There’s also a new Channels subcategory that allows you to subscribe to various streaming services right within the TV app and watch their content instantly.

Over on the Library tab, you’ll see all the TV shows and movies you’ve bought through the iTunes Store as well as a list of ones you’ve downloaded for offline viewing. And best of all about the new TV app is it uses a new machine learning-based recommendation engine that serves up customized content suggestions based on your viewing history.

Another big feature of iOS 12.3 is that Apple has rolled out support for AirPlay 2. AirPlay 2 allows you to stream content from a Mac, iPad, or iPhone to a number of third-party smart television sets that support the technology.

Starting today, iOS 12.3 will work with Samsung smart TVs, with support for TVs from LG, Vizio, and more coming later this year. What’s really cool about AirPlay 2 is that now people won’t need to buy an Apple TV if they want to stream from their iOS devices to their television at home.

Finally, in iOS 12.3 Apple Music’s “For You” tab now updates multiple times throughout the day suggesting music based on themes like genres, artists, and moods. It’s not the biggest feature in the world, but a nice one if you’re a big Apple Music user.

The full release notes for iOS 12.3 can be seen below:

Without a doubt, the biggest feature of iOS 12.4 is the new wireless iPhone migration tool. And it’s a very, very cool feature at that. Normally when you buy a new iPhone you back up your old iPhone’s data to iCloud or your computer. Then when you turn on the new iPhone for the first time, you either download that old iPhone’s backup from iCloud or transfer it from your computer.

The downloading option can be cumbersome because and iPhone backup file could be tens of gigabytes in size–meaning you could be waiting for hours depending on how fast or slow your internet connection is. And in order to use the computer backup, you need to have your computer with you.

The new wireless iPhone migration tool in iOS 12.4 gives users the ability to create an ad hoc wireless connection between their old iPhone and their new iPhone and transfer all their data that way. This way of transferring data will be MUCH faster than downloading an iCloud backup. 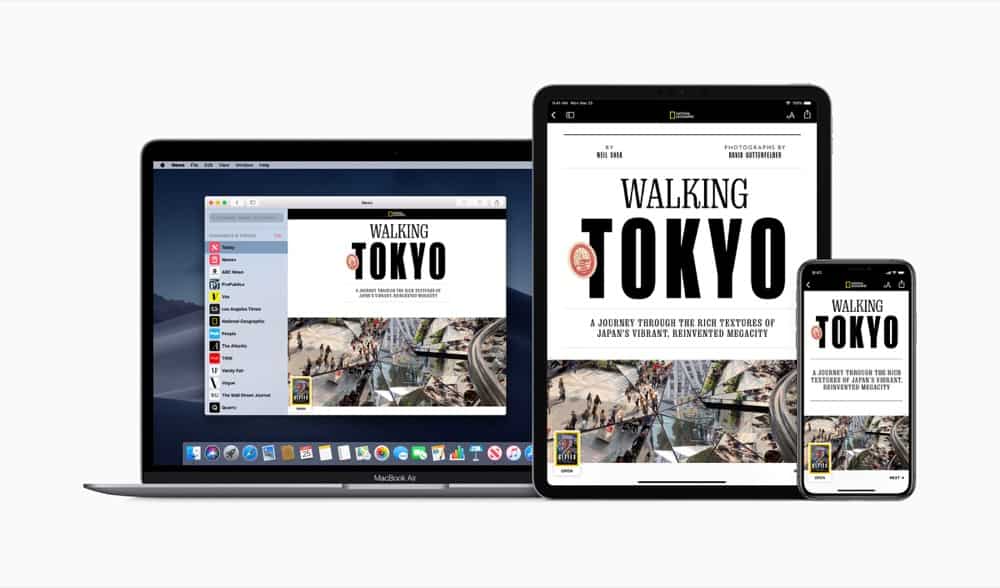 Another nice improvement is that all Apple News+ publications will now appear in the catalog at the Apple News+ feed, which makes finding content much easier. Finally, users can now clear downloaded magazine issues by selecting History > Clear > Clear All, freeing up space on their devices.

Finally, in iOS 12.4 and the watchOS 5.3 updates Apple also released yesterday, Apple has brought the Walkie-Talkie functionality back to the Apple Watch. The Walkie-Talkie feature was removed earlier this month after a vulnerability was found that could allow someone to listen in on the Apple Watch user without their knowledge.

One notable omission for the iOS 12.4 update is that support for Apple’s upcoming Apple Card has NOT been added to the device. This is notable because Apple Card should be launching right around now and betas of iOS 12.4 did offer support for the new credit card.

The full release notes for iOS 12.4 can be seen below:

iOS 12.4 introduces iPhone migration to directly transfer data from an old iPhone to a new iPhone, includes enhancements to Apple News+ and improves the security of your iPhone or iPad. This update:

Apple News
– Makes downloaded issues accessible in the My Magazines section, both offline and online
– Adds all publications in Apple News+, including newspapers, to the catalog at the top of the News+ feed
– Adds the ability to clear downloaded magazine issues by selecting History > Clear > Clear All

This release also includes support for HomePod in Japan and Taiwan.

Apple’s iOS 13 is now the latest build of Apple’s iPhone and iPad operating system and is now widely available on all iPhones and iPads.