The Huawei Mate XS is arguably the best-looking foldable phone on the market, and it’s now available in the UK – if you can stomach the price…

Would you pay north of £2000 for an Android phone that doesn’t have any core Google apps or Google Play services? It’s a tall order, but that’s exactly what Huawei is trying to pull off with its newly released Huawei Mate XS in the UK, where the phone has now gone on sale. The phone, a unique-looking foldable phone with killer specs and a gorgeous OLED display, looks the business. But at almost £2000 offline, and almost £100 a month on contract, the handset will be a tough sell in the UK, a country currently being ravaged by unemployment and nation-wide furlough schemes.

30GB of Data Per Month

12GB of Data Per Month

4GB of Data Per Month

If you can stomach the price, or are quite literally swimming in cash, you can buy the Huawei Mate XS outright for a scorching £2343.05 on PAYGO via Three. I still cannot quite get my head around how much this phone is – it costs almost double the price of the iPhone 11 Pro Max.

Is The Huawei Mate XS Worth It? Things You Should 100% Consider… 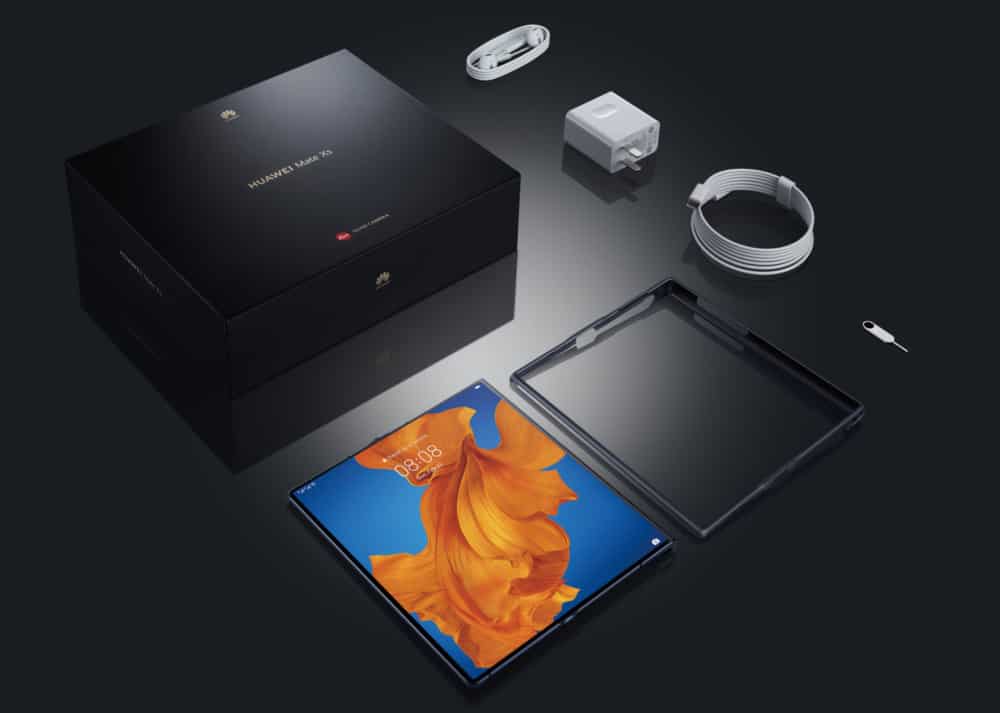 As you can see, the Huawei Mate XS is built for performance. It has all the latest specs and bells and whistles. You have the latest and greatest Snapdragon 865 CPU, 8GB of RAM, and a very impressive triple-lens camera lead by an epic 48MP main sensor on the rear.

However, the elephant in the room remains: the Huawei Mate XS will not run any Google apps or the Google Play Store. That means no Google Chrome, no Google Maps, no YouTube, no Gmail, and no Google search naively on the phone. Huawei’s solution to this is to build its own app store, but it’ll be a good few years before it is even halfway comparable to Google Play, and even then it will most likely fall short in a spectacular fashion.

MORE: How To Install Google Play on Huawei Phones

In the meantime, you can use Huawei’s “Phone Clone” software to bring over apps from your old phone to the Huawei Mate XS. Still, though, if you’re paying £2343 for a phone, would you want to do that? I mean, it’d be like buying a supercar and then finding out you had to program its in-car entertainment system all by yourself.

Huawei’s alternative to Google Play is called AppGallery, and it already has some 45,000 applications inside it. However, it’s still missing A LOT of core apps that western users take for granted – things like Instagram, Snapchat, TikTok, and Spotify are just a few examples. In China, Huawei’s home nation, not having Google is not a problem; China has censored alternatives to everything. But in the UK and the rest of the world, it presents a huge problem for the company.

Even more so when you can pick up equally impressive phones like the Samsung Galaxy S20 Ultra (from £64 per month) and iPhone 11 Pro Max (from £70 per month) for less money. Less money and these phones also have fully functional app stores and access to the core applications we all know and love.

I know Huawei is a big deal, it’s got 400 million global users, but I really do not see how it can navigate this problem without serious damage to its overseas business. Applications are the #1 reason people use phones as much as they do – and you can get £200 Android phones that will run more apps than Huawei’s £2343 Mate XS.

Put in that context, I really cannot see why anyone would buy this phone right now. It makes zero sense, unless you’re comfortable rooting software and installing custom ROMS. But even then, you have more problems to consider; the Mate XS is a foldable phone, so the software needs to be calibrated to run on its unique screen. This presents major problems for custom ROMs.

My advice? If you must have a foldable phone right now, just get the Samsung Galaxy Fold. If I were you, however, I’d just stick with something like the Samsung Galaxy S20 Ultra – it’s an amazing phone and it is WAY cheaper than the Huawei Mate XS.