The HTC U20 5G and the HTC Desire 20 Pro are now official. Both are mid-range Android phones and the U20 rocks 5G. Let’s take a look at the specs of both handsets in more detail…

First thing’s first: both the HTC U20 5G and the HTC Desire 20 Pro, while now official, are ONLY available in Taiwan right now. HTC has not discussed any plans to release the phones in the UK and/or the USA. This could change in the coming months, though I wouldn’t go holding my breath on that count – HTC’s brand appeal in the US/UK is at an all-time low.

Out of the two phones, the HTC U20 5G is the more potent offering; it runs on Qualcomm’s Snapdragon 765G CPU and, of course, comes with 5G inside it. The HTC Desire Pro 20 is a cheaper alternative, sans 5G, that uses Qualcomm’s Snapdragon 665. Both phones, however, feature 5000mAh batteries and the same rear-mounted quad-lens camera array. Analysis of Both Phones

The HTC U20 5G, as you can see above, is the clear “flagship” option out of these two phones. It has 5G, it has a quad-core camera, it has a 6.8in FHD+ display, 6GB of RAM, 256GB of internal storage and SD-support, as well as a more premium design and finish, thanks to its frosted rear glass panel. Still, the HTC U20 5G is NOT a flagship release in the truest sense of the word; the handset retails for just over $600 in Taiwan, making it cheaper than the iPhone 11 and Galaxy S20.

The HTC Desire 20 Pro is the entry-level, budget model. However, looking at the specs on offer, it is clear that HTC hasn’t pulled any punches with this phone. You have the same quad-lens camera found on the HTC U20 5G, the same size battery (5000mAh), a 25MP front-facing camera, 6GB of RAM, and 128GB of internal storage plus SD-card support which, as I’m sure you’ll agree, is a pretty good itinerary of specs for a sub-$300 Android phone.

All in, I’m pretty darn impressed by these handsets. Both feature very impressive camera tech, large batteries that will provide all-day usage, decent amounts of memory (6GB) and storage (either 128GB or 256GB), and even SD support. Given the popularity of sub-$300 Android phones right now, I could see the HTC Desire 20 Pro selling extremely well in the UK – the phone would more or less market itself!

The HTC U20 5G is a trickier sell; competition is a lot stiffer at the top of the market. If you’re going to drop big bucks on a phone, most people will be looking to either Samsung or Apple on a macro-scale. Still, the U20 5G does serve up some pretty impressive value for money; it’s cheaper than the iPhone 11 and OnePlus 8 and it does pack in a lot of useful features and specs like large amounts of storage as standard, SD-support, a quad-lens camera, and a massive battery.

Finger’s crossed the HTC Desire 20 Pro and HTC U20 5G end up getting a UK and USA release date!

Thought HTC was dead in the water? Think again! HTC will return later this month with a mid-range, 5G-capable Android phone…

HTC has confirmed that it will release its first new phone of 2020 on June 16. The news broke on Twitter, as HTC started teasing the event. As usual, the tweet and its media were pretty cryptic with respect to details. All we know is that the phone – or phones – will be announced on June 16.

Although It’s Most Likely The HTC Desire 20 Pro

Word on the street suggests this new phone that HTC is about to release is the HTC Desire 20 Pro, a mid-range Android phone that will reportedly feature 5G. If true, this move could prove to be rather lucrative for HTC, especially if it manages to keep the price of the HTC Desire 20 Pro in and around the Pixel 3a and iPhone SE 2020’s $399.99 sweet spot.

HTC’s business has been down on its luck for years now; the company really needs a successful release, and a cheap Android phone with 5G and a decent camera could be just what the doctor ordered. As you can see in the image above, the HTC Desire 20 Pro clearly has some form of triple-lens camera.

If HTC can nail the camera tech, including 5G connectivity, and match the iPhone SE 2020’s price, this phone could end up being pretty popular. Cheap 5G phones are pretty thin on the ground right now, though this will likely change as we move through to the backend of 2020 with more releases from Nokia, Xiaomi, and OnePlus.

Right now, we don’t know much about the HTC Desire 20 Pro’s specs. The phone will run Android 10 and allegedly feature a punch-hole camera on the front and a triple-lens camera on the rear. Inside you’re looking at one of Qualcomm’s mid-range Snapdragon chipsets, alongside 6GB of RAM and a decent-sized battery (most likely 4000mAh to 4300mAh). 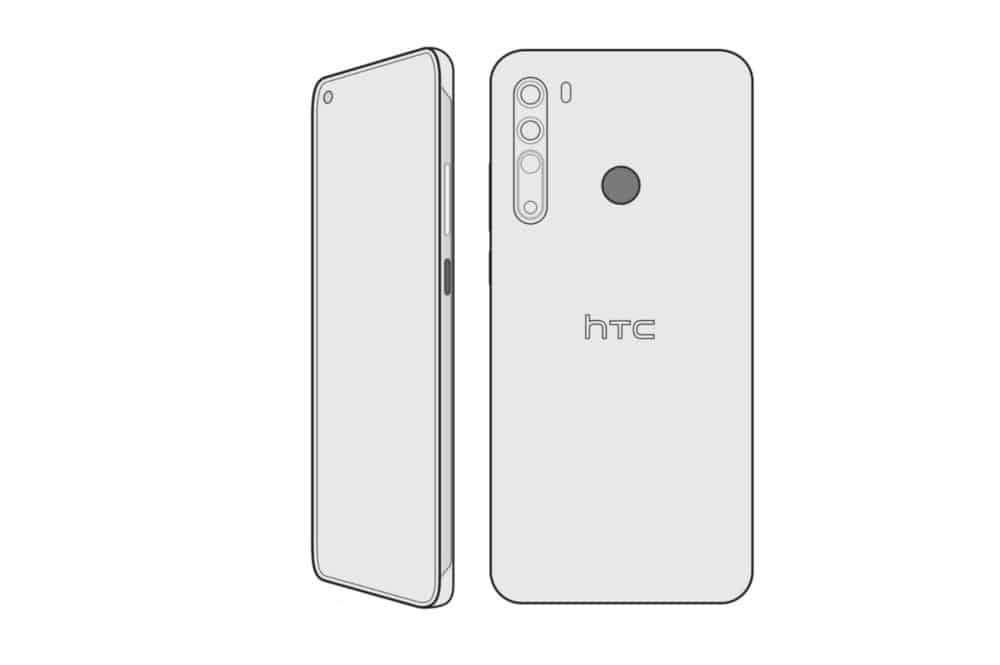 With this phone, however, the main thing will be the price: can HTC wade back into the market it helped create and steal some of Apple and Google’s thunder? If it can get the specs and design right, and retail it for $399.99, I bet more than a few people will be willing to give HTC another chance…

More news as we get it!