How Do I Turn Off App Tracking? That’s a great question. After all, privacy is one of the hottest topics in tech today. And increasingly, it’s on consumer’s minds like never before. Luckily, iPhone owners now have a powerful new tool that allows them to recall their privacy from apps that love to snoop. It’s called App Tracking Transparency.

In short, many apps use myriad techniques to track users’ behaviors–what apps they open, where they do on the web–and metrics–their location, age, gender, interests, etc. Apps track this behavior of users via advertising identifiers they share with other third-party apps.

Previously, users have few ways to halt this tracking. And matter of fact, they were never asked for their consent to be tracked in the first place. That’s where Apple’s App Tracking Transparency comes in.

Now with iOS 14.5 and later (and iPadOS 14.5, watchOS 7.4, and tvOS 14.5 and later) apps will need to ask a user’s specific permission to track that user across the web and third-party apps. This is the “transparency” part of App Tracking Transparency. The user has the power to deny the app’s request. And if the user denies the app’s request, iOS now denies the app the ability to access the advertising identifier it needs to track that user.

How to Use iPhone’s App Tracking Transparency

This new popup will appear ONLY if the app wants to track you. Apps that’ don’t want to track your by accessing your user identifier will not have the popup appear.

The popup will read: “Allow [app name] to track your activity across other companies’ apps and websites?”

You then have to options:

And that’s it as far as how giving or withholding your consent works with App Tracking Transparency.

Should You Let Apps Track You?

Whether or not you want to allow an app access to your advertising identifier is up to you. If you do allow the app access, you’ll see more personalized ads. Is that a benefit to you?

Here’s how I think of it: if you trust the app with your data and use the app a lot, you should allow it access to your advertising identifier. This will help support the developer financially.

But, if an app or the company has been shown to play fast and loose with user data–if they’ve had data breeches or just don’t seem to care about user privacy that much, why give them access to more of your data? In that case, don’t allow the app access to your advertising identifier.

How To See Which Apps Are Tracking You

While the App Tracking Transparency popup is how most people will interact with the new feature, there is a way to see which apps have asked your permission to track you and which you’ve given access to do so. There’s also a way to revoke access or approve access after your original choice. Here’s how:

How Apps Track You – Explained In Two Minutes

There are myriad ways and reasons apps love to track users (it’s how most of them make their money–off of your private, personal data). One of the best, more concise explainers for this that we’ve seen is in a short two-minute video Apple recently released. As the video states:

When you’re using apps on your iPhone, you may start to see this. It’s the new App Tracking Transparency prompt. It’s a feature that gives you a choice. A choice on how apps use and share your data. Data like your age, location, health information, spending habits, and your browsing history to name a few.

This data can help to map your runs, tag your photos, or track your location, so a nearby store can offer discounts. But some apps have trackers embedded in them that are taking more data than they need. Sharing it with third parties, like advertisers and data brokers. They collect thousands of pieces of information about you to create a digital profile that they sell to others.

These third parties use your profile to target you with ads…and they can also use it to predict and influence your behaviors and decisions. This has been happening without your knowledge or permission. Your information is for sale. You have become the product.

That’s why iPhone users will now be asked a single, simple question: Allow apps to track you or not? Maybe you’re okay giving an app your email or location, so they can share your data with others to personalize ads or build a profile about you.

And if you’re not? Well, that’s what the prompt is for. Whatever you choose is up to you. But at Apple, we believe that you should have a choice. App Tracking Transparency. A simple new feature that puts your data back in your control.

You can view the video below. 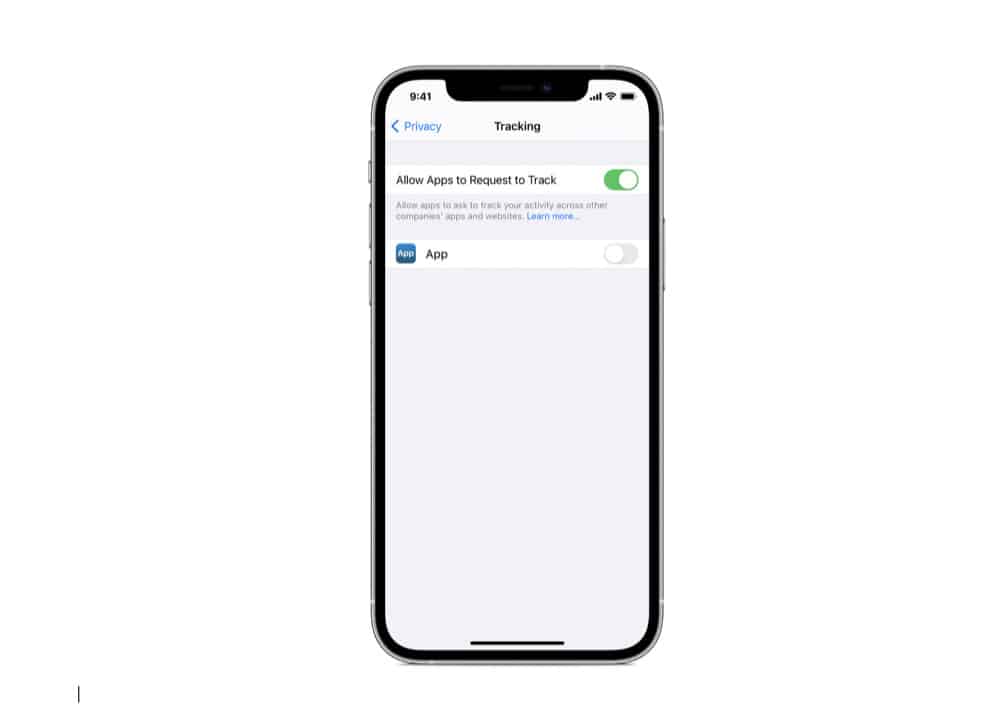