How COVID-19 Nearly Broke The Internet In Europe

A massive spike in internet usage during Europe’s COVID-19 lockdown almost resulted in the internet breaking. Here’s how Amazon, Apple, and Netflix helped stop it from happening…

We live in strange times. The COVID-19 pandemic swept around the globe at an incredible pace, leaving nothing but destruction and sorrow in its wake. COVID-19 has affected everybody, even Netflix, Apple, and Amazon.

Netflix and Apple were the first two companies to announce they would be reducing streaming quality in Europe in a bid to deal with the huge demand placed on their servers by everybody being at home. Amazon then followed suit for its Prime Video streaming service.

Had they not done this, at the behest of the European Commission, is it likely the internet would have collapsed in some parts of Europe, buckling under the strain. Click to Tweet

“We support the need for careful management of telecom services to ensure they can handle the increased internet demand with so many people now at home full-time due to Covid-19,” a spokesperson told The Guardian. “Prime Video is working with local authorities and internet service providers were needed to help mitigate any network congestion.”

Reductions To Streaming Quality In Europe

Starting around March 18, Netflix, YouTube, and Amazon Prime, as well as Apple, started reducing the bit rates down to standard definition. According to regulators, these changes to bit rates helped EU ISPs better manage network congestion and, importantly, kept the internet up and running without any major drop-outs of service.

But even with these measures in place, internet speeds around the world dropped, as download rates increased, as you can see from Fastly’s data below: 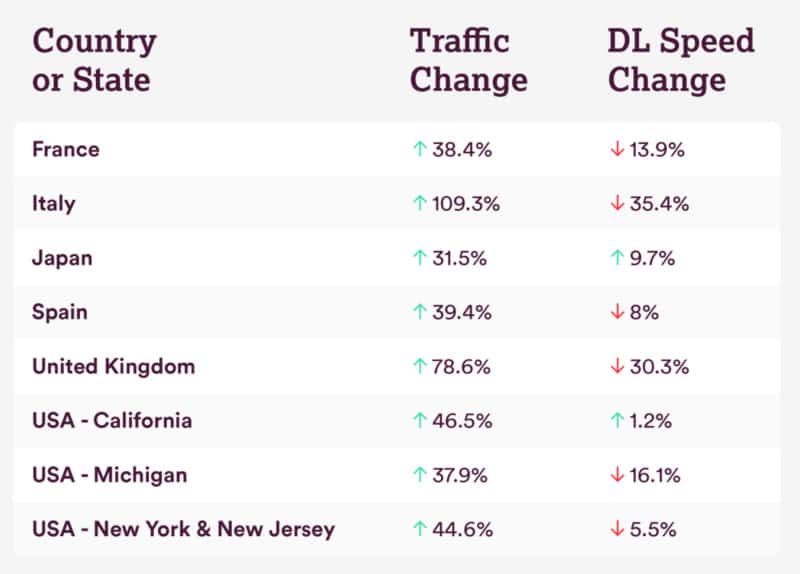 How Did COVID-19 Cause Internet Usage Spike

With millions of people across Europe trapped in their homes for months on end, internet usage went through the roof, causing the biggest broadband strain ever experienced. Think about it: normally, millions of people would be at work, doing work stuff, not watching, and streaming shows on Netflix and Amazon Prime Video.

Remove all these people from work and place them at home with nothing to do, and the first thing they’re going to start doing is binge-watching shows on Netflix. Video content is extremely data-heavy, even more so if you’re talking about content that is delivered in 4K, and these factors all combined to create was essentially the perfect storm for internet providers.

How Other Nations’ Internet Held Up During Lockdown

Internet infrastructure varies from country to country and, for this reason, not all places were affected in the same manner. For instance, in the USA, despite massive spikes in usage it appears as if there was never any possibility of the internet falling over.

“We are monitoring our network usage very, very closely and we’re watching the load on the network both nationally and locally,” said Joel Shadle, a spokesman for Comcast, speaking to MLEX.

“So far, we’ve seen some shift in usage patterns, with more daytime use in areas that have moved to a work-from-home environment, and where schools are conducting distance-learning programs. But overall, peaks in usage are still well within our network’s capability.”

In the UK, South Korea, New Zealand, and Japan, huge internet usage spikes occurred during lockdown but each country’s infrastructure didn’t experience any issue, so internet usage – streaming, downloading – remained exactly the same as normal. Similarly, in China, where the outbreak began, there was zero disruption to internet services.

Still, nearly all regions reported massive spikes in internet usage – anywhere from 30% to 60% over normal levels. Similarly, the use of video-conferencing apps like ZOOM sky-rocketed by 150% across the globe.

Video-on-demand services like Netflix account for around 60% of the data delivered globally by internet service providers. But torrent sites were also shown to have a significant footprint as well, according to Sandvine, who detailed how BitTorrent made up over 27% of upstream volume traffic globally, and around 44% in Europe, the Middle East, and Africa.

On top of this, you have gaming to consider as well. Multi-player gaming – a hugely popular hobby enjoyed by hundreds of millions of people – has a massive footprint globally, when looking at internet load. According to reports, the gaming industry saw a 28.54% spike in usage during lockdown.

Moving forwards, networks and ISPs will look to 5G to take some of the strain off of our aging cable networks. Most predictions agree that by 2030, 5G speeds will be so fast that they will be able to handle almost anything. Similarly, it will be 5G that powers smart cities, factories, and pretty much everything else in between.

How fast will 5G eventually be? First, it might actually be called 6G by 2030, and, theoretically, we could be looking at download speeds of 1TB per second – or 8,000 gigabits per second, according to Dr. Mahyar Shirvanimoghaddam from the University of Sydney. It’s worth pointing out that this MASSIVE figure is pure guesswork at the moment, guesswork based on actual research, but still guesswork all the same.

Still, if that turns out to be the case, come 2030, you would be able to download almost 150 hours of Netflix movies in a second. Let that sink in for a moment. Click to Tweet

Crazy, right? Well, that’s where the future is heading; 5G will be first, then the next iteration, likely 6G, and, from there, who knows? Maybe we’ll all be serving our robot masters by that point.

Either way, whatever happens, the internet is going to be proper quick!

Be sure to check Why Is My Internet So Slow? Here Are 5 Ways To Fix It! 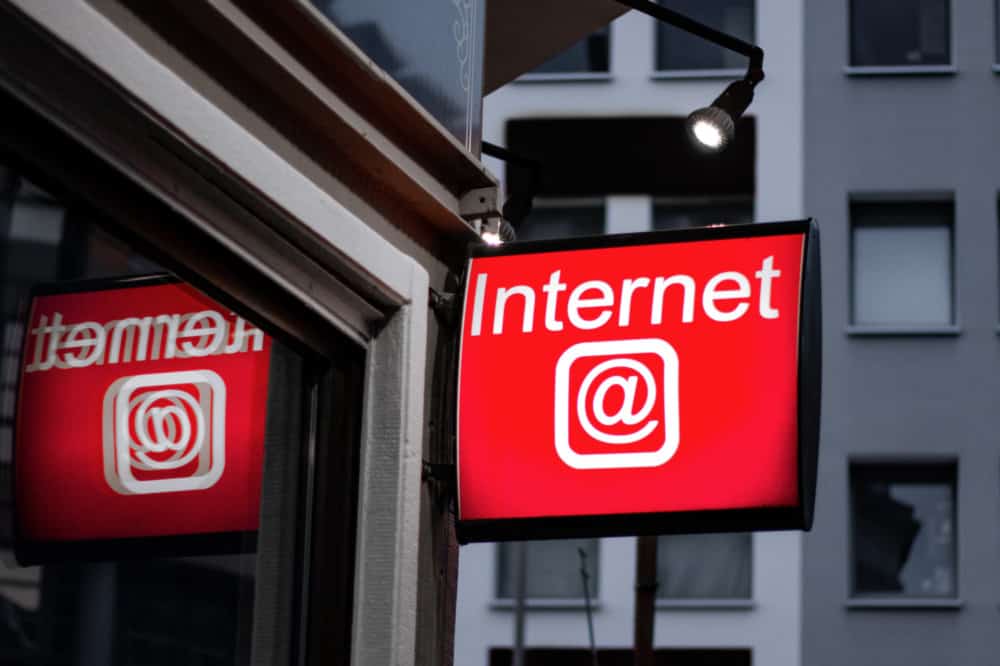