Google Currents: Everything You Need To Know About The New Google+

Google killed its social network Google+ in April 2019. Google+ lived on though, albeit inside Google’s G Suite of tools. Google hasn’t given up on the “concept” of Google+, however, and will soon launch Google Currents, its successor, on July 6.

What is Google Currents?

Google Currents is essentially a rebranded version of Google+. It’ll be available to all G-Suite users and, rather than focus on consumers, will instead focus its energies on enterprise and business users which is likely a smart move, given just how saturated the current social networking market is. Google says, “Currents makes it easy to have meaningful discussions by enabling leaders and employees to exchange ideas across the organization and gather valuable feedback and input from others — without flooding inboxes.”

The UX for Google Currents is more or less identical to Google+ layout, so it should look and feel very familiar. Currents will run on tags, as Google+ did, but the bigger idea at play here is to aid inter-company communication between employees and collaborators. In this respect, Currents is a bit like a social networking version of Slack and Teams.

READ: How To Use Google Drive Like A Pro

“Admins can shape the discussion in the organization by creating custom streams to promote specific content to a targeted set of employees or the entire company,” said Google.

It added: “Additionally, admins can measure engagement across the platform with metrics to track usage and understand what content is resonating across the organization.” 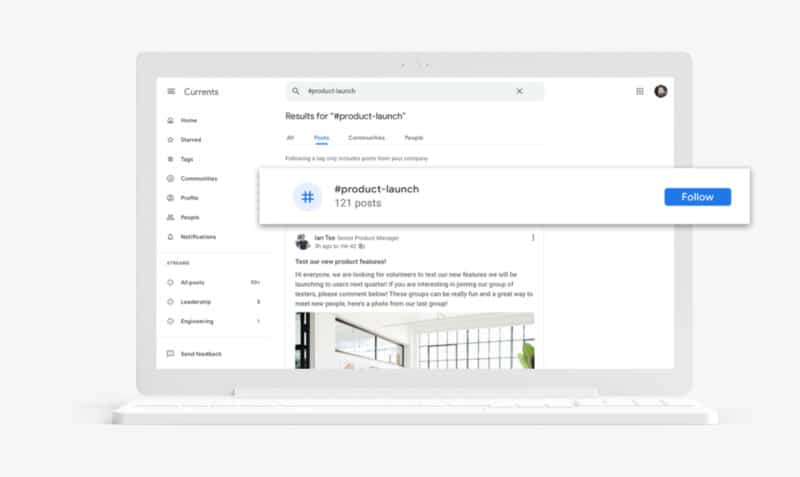 Google Currents has been in beta for several months now. But this week Google confirmed Google Currents would be fully released on July 6. Google sent out a press release this morning, confirming what admins and managers need to know about the release and changes Currents will bring.

Here’s a brief overview of what Google highlighted in its Google Currents release:

Do Existing Google+ Users Need To Do Anything?

No, Google will transition Google+ – including iPhone and Android apps – over to Google Currents seamlessly. All you have to do is wait, and when July 6 rolls around you’ll be using Google Currents.

What Happens To My Google+ Data?

Google has confirmed that ALL Google+ data, so posts, comments, likes, and people you follow, will all be migrated over to Google Currents. You will not lose any valuable data or information in the switch-over – at least, that’s the plan, anyway. 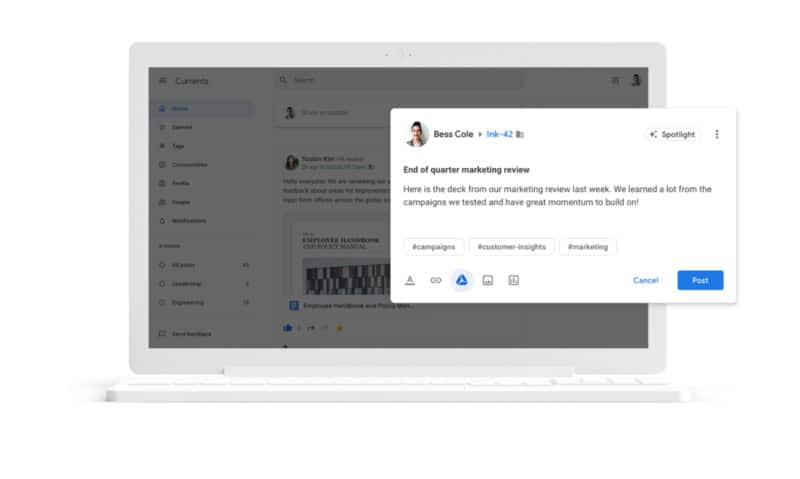 As noted earlier, Google Currents will function much like Google+. At its core are the following features which can be used to create, engage, and communicate:

Google Currents will be part of Google’s G Suite of applications. Interested in G-Suite? You can test G Suite free for 14 days as well to see what’s right for your organization.