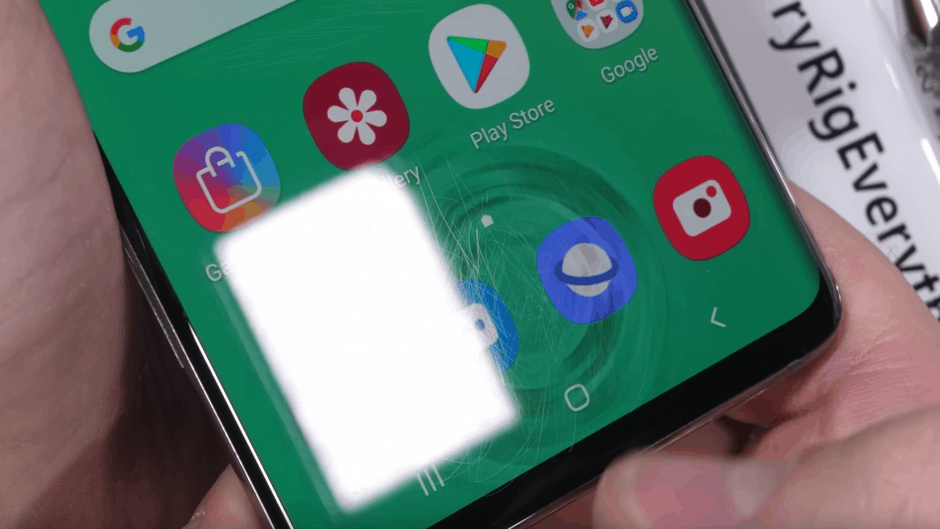 The Samsung Galaxy S10 is the first phone from the Korean giant to feature an ultrasonic fingerprint scanner built into the screen itself; traditionally, the company has used front and rear-mounted fingerprint scanners on its phones.

The scanner itself works well, by all accounts, but because of where it is situated, it leads to some interesting questions. Will it work with a screen protector fitted? What about when the screen is scratched? JerryRigEverything’s Zack Nelson decided to answer some of these burning questions in his latest video, and we recommend you look away if you’re of the faint of heart.

The reason this test is so important is that Samsung’s approach differs from other in-screen fingerprint scanners on the market right now; the OnePlus 6T, for example, uses a optical reader set behind the screen, whereas Samsung’s uses an ultrasonic reader. Thankfully, it seems that Samsung’s approach can withstand scratches; Nelson did his usual scratch test and the scanner still worked regardless.

However, when Nelson simulated deeper scratches – like those you’d get if the display was cracked after an accidental drop – it was less positive news. The scanner stopped worked altogether, requiring a complete repair job to return it to working condition. Oops.

Samsung is bundling the S10 with a screen protector out of the box – a practice that many other handset makers already do – but while this will keep scratches at bay, it won’t stop your screen from shattering if you fumble your phone onto solid concrete. The moral of this story is clear; in-screen scanners are great, but they’re more vulnerable due to the fact that they’re twinned with what is arguably the weakest point on your smartphone – that delicate and smashable screen.

Tempered glass screen protectors are available, and these apparently won’t prevent the ultrasonic scanner from functioning properly, making them a solid option if you’re worried about cracking that display. Whatever you choose to do when your phone arrives (a case would be the most obvious choice, as it would prevent massive damage from an unscheduled fall), it’s clear that you’ll want to treat that new S10 with kid gloves if you want to keep it in full working order.