And this is how you access Chrome’s hidden dinosaur game…

Google’s Chrome browser is packed with hidden gems. If you want access all of its latest and hidden features, you can do so by enabling Chrome Flags. This will get you access to new features and updates that are currently hidden.

But what about Chrome’s secret dinosaur game? How do you access it? As with Chrome Flags, it is pretty simple: open up the Chrome browser and type chrome://dino into the URL bar. Once the page loads, click the space bar to activate the game.

Hit enter and Chrome’s secret dinosaur game will load up and you can play it. I had no idea about this hidden Chrome game. It was only by reading another post on Chrome that I knew it even existed. Turns out it has been around since 2014 and has been played over 260 million times.

Chrome’s dino game is usually ONLY available when you have no internet connection, but using the chrome://dino URL in Chrome will let anyone access the game at any time. Simple, right?

The Chrome dino game, therefore, is relatively unknown. The game itself is simple too: it is an infinite running game where you basically just have to jump and dunk under things. The goal? Go as long as you can without tripping on something. Simple, right?

The controls for Chrome’s dinosaur game are simple too:

Chrome Dino turned four in 2018 and to celebrate Google dedicated an entire post on The Keyword to it, featuring interviews with the developers behind the game, how it came about, and how it was developed. It’s a really interesting read, so I’d definitely recommend checking it out.

The idea of “an endless runner” as an easter egg within the “you-are-offline” page was born in early 2014. It’s a play on going back to the “prehistoric age” when you had no Wi‑Fi. The cacti and desert setting were part of the first iteration of the “you-are-offline” page, while the visual style is a nod to our tradition of pixel-art style in Chrome’s error illustrations – The Keyword

Can You Complete Chrome’s Dinosaur Game?

As it turns out, Chrome’s dino game isn’t a true infinite runner. The game can be completed, although it will take you approximately 17 million years which, per the developers of the game, happens to be exactly how long the T-Rex roamed the earth.

Check out how to enable cookies on iPhone here. Also, did you know the iPhone has a secret pinball game? 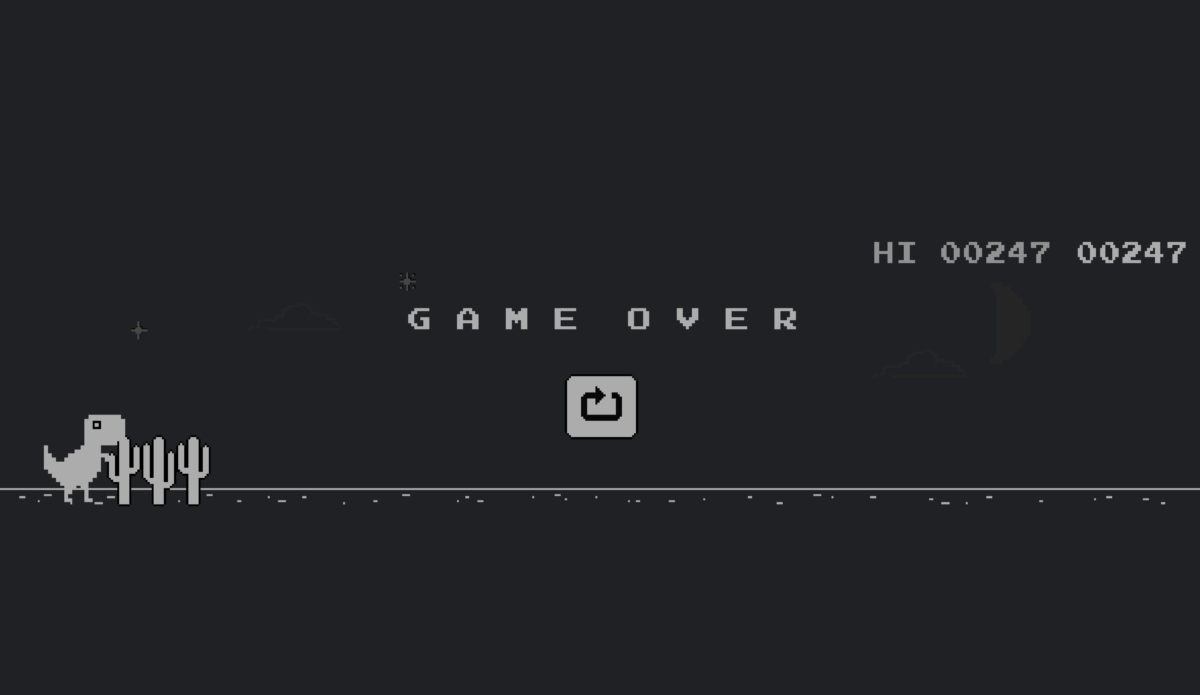