Apple AirPods Pro ANC: Just How Good Is It?

What makes the ANC inside Apple’s AirPods Pro and AirPods Max so good? Here’s everything you need to know…

Apple didn’t invent Active Noise Cancelation (ANC) but it did a damn good job in making its ANC better than nearly every other headphone manufacturer producing headphones today. The main reason for this is that Apple’s ANC does things slightly differently and this is why, on its AirPods Pro and AirPods Max, the ANC works so well.

But before we get the HOWS and WHYS, let’s first cover what ANC actually is. Once we have a workable, understandable definition, it’ll be easier to explain how Apple’s ANC is different from, say, Sony and Bose’s ANC. And once we’ve done that, you’ll understand why Apple’s ANC is currently one of the best implementations of this technology right now.

ANC stands for Active Noise Cancellation and how it works is actually really clever. The effect of ANC, if you’ve never experienced it, is a little odd at first. Some people claim it feels like being underwater, others claim they can feel a slight pressure in their brains. Either way, the result is the same: all exterior noises are blocked out or massively muted and this helps create a much more immersive listening experience.

Active Noise Cancelation uses an external microphone to detect any exterior noises like cars or the roar of a jet engine, for instance. This external noise is then fed into the headphone’s ANC chip where a counter frequency is produced that cancels it out, creating an equal and opposing force that effectively silences the sound inside your ear canal.

Of course, there are many types of noise cancellation technologies on the market. The tech has been around in headphones for years. But back in the day, you needed all kinds of additional extras to run it. Thanks to advances in chipset technology, ANC is now so power-efficient that it can run on wireless headphones and earbuds like the Bose QC45 and Apple’s AirPods Pro.

With Apple’s AirPods Pro, its ANC works slightly differently. Apple has taken the basic concept of ANC, using an external microphone to pick up external noises and sounds, and then added a second microphone that is inward facing, so it picks up noise inside your ear canal which, when combined, creates a kind of double ANC effect.

Prior to using the AirPods Pro, I had only ever used traditional ANC headphones, those that use an external microphone to detect sound and then send the signal through to the headphone’s ANC chip for cancelation. And these worked great. But I noticed a massive difference with Apple’s ANC almost right away. And the cool thing is that I didn’t know Apple did anything different – but I could tell there was a difference.

I did some research and found out that Apple uses both external and internal microphones with its ANC tech on its AirPods Pro and AirPods Max. The sensation, when you put them on an ANC activates, is slightly odd, it kind of slides you into a different mental state; the outside world just drops away, leaving you in blissful silence. You literally cannot hear anything from the outside world as soon as it is active and music is playing.

In fact, I find the AirPods Pro’s ANC so good, I’ve taken to using them as a meditation tool. I put them in my ears and because ANC kicks in automatically, I can immediately center myself, free from any external noises, and focus on my breath. You don’t even need to play anything, the effect is that powerful, although I do often use binaural beats for longer sessions.

Is Apple’s ANC Better Than Bose and Sony’s?

And in this respect, and the fact that I also own both Bose and Sony ANC-enabled headphones, Apple’s ANC is currently the market leader in terms of its sheer noise-canceling abilities. The main thing I like most about the AirPods Pro is that you don’t tend to get that internal head pressure when ANC is active as you do with external microphone-lead ANC.

I’m sure this will change in the coming weeks and months, as brands like Sony and Bose start adapting internal microphones for their respective ANC technologies. But for now, I think it is fairly safe to say that Apple’s ANC is more or less in a league of its own…

The AirPods Pro 2 sound amazing, feature market-leading ANC tech, and have improved battery life over the 1st gen. If you want the best wireless ANC earbuds on the market right now, I’d definitely recommend going with the AirPods Pro 2 – especially if you’re already using an iPhone.

Apple’s AirPods vs AirPods Pro – Which One Is Better? 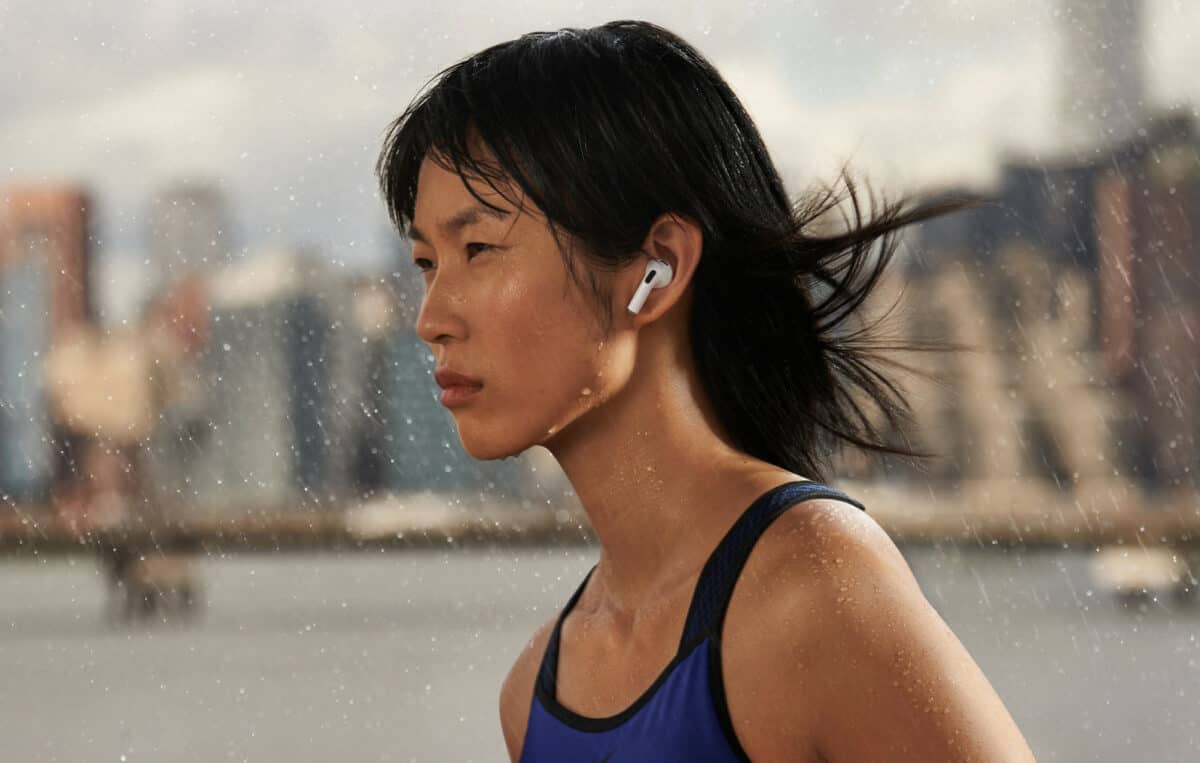 AirPods 2 vs AirPods 3: What’s The Difference?

Apple’s new AirPods 3 are now official. But how do they compare to the AirPods 2? Let’s take a look at all the updates and find out…