8 Times LG Completely Reinvented The Phone (And No One Cared)

LG has been around since the dawn of the phone market. And in that time, the company has done some incredible things. Here’s a brief history of LG being totally awesome…

UPDATE: LG Calls It Quits, Closes Down Its Mobile Business

LG has officially ended its phone business. As expected, the company, after a good few years of losses and struggle, is closing its mobile phone business.

Here’s an quote for LG, confirming the end of its mobile phone business:

This is horrible news whichever way you slice it. LG has been a mainstay of the phone market since day one and, more importantly, it has been one of the main drivers of innovation in the phone market.

Don’t believe me? Think Samsung has LG whipped? As you’ll see below, a lot of what we take for granted on phones actually first appeared on LG phones. Not that LG got any credit for these things. But you have to wonder what would have happened had LG not pushed forwards with these innovations?

Some of LG’s “innovations” were more useful than others (I’m looking at you, 3D mobile displays) but as you’ll see below, some of the core tech we have on our phones today is directly traceable back to LG. And I think that is really cool, especially since the company may stop making phones in the not too distant future…

1) You Can Thank LG For QHD Displays

Not so long ago, the idea of running a QHD display on a phone was nuts. Apple was selling millions of iPhones a day with 720p panels and top-flight Android phones were topping out at 1080p. And then LG entered the fray with the LG G3, the first mass-production QHD phone. This was in 2014.

And while OPPO and VIVO believe they were the first to market with a QHD display, technically they were, it was the LG G3 that popularised the concept which, in turn, lead to other Android phone brands like Samsung, HTC, Sony, and OnePlus using the technology on their phone releases.

You might think that flexible, foldable phones are a very contemporary thing. But you’d be dead wrong. LG was making flexible phones all the way back in 2013. The LG G Flex was the first commercially released “flexible” phone. I actually still have mine; it’s at my mum’s house in a draw collecting dust.

The LG G Flex ran a Curved P-OLED display that, when pressed against a table, would flatten out. The phone could also twist slightly too. Was there any real use for this technology? Not at all; it was effectively pointless. But that didn’t stop LG from doing it. And that is why I love LG – it just does stuff.

3) Drilling Down on DAC — AKA High-Quality Audio

If you like listening to music in the highest-possible quality, something you simply cannot do with Spotify or Apple Music, then a you’ll need a phone with a good-quality DAC. LG has always been a fan of including DAC on its phones. But it went a few steps further by introducing a QUAD DAC which, as the same suggests, uses four individual DAC modules to process sound.

The end result of this is much better audio quality, free from noise. If you have an expensive pair of headphones, something like LG’s Quad DAC will be a godsend. You will get to experience your music collection in the same quality as your HiFi system. The only downside is that, in order to do this, you will need to natively store and run the music on your phone.

How good is LG’s Quad DAC? Put it this way, the LG V60 supports 32-bit audio at 384 kHz sample rate. And that is bonkers. A CD, often considered a superior format for music, can only muster 16-bit audio at 44.1kHz. So, yeah, LG’s prowess with audio is one of its major contributions to the mobile phone. I just wish more phone brands were as focussed on audio-quality as LG.

4) First Phone With A 3D Display

I remember being at a house party in and around 2011. At the time I was testing out the LG Optimus 3D. At this point, no one had heard of 3D displays on a phone. I managed to freak out plenty of stoned people that night with it.

And while 3D displays, like slightly flexible ones, never really caught on and are, for the most part, entirely useless, this, once again, did not stop LG from trying it out. And proves, once again, that LG is not afraid of trying new things out – even if it ends up costing it millions.

5) LG Beat Samsung To Market With A Stylus

Whenever you think of a phone with a stylus, the first thing that pops into your head is Samsung’s Galaxy Note phone, right? Of course, it is the most popular Android phone that comes with a stylus. But it wasn’t the first. No, sir, that accolade, once again, goes to LG.

Launched in 2007, the LG Viewty was the first commercial phone to ship with a stylus, a full four years before the original Samsung Galaxy Note launched (it got a release date on October 29, 2011).

The LG Viewty is a camera phone with unparalleled digital camera functions that maximize benefits for consumers. This handset provides quality exceeding that of conventional digital camera phones, said Dr. Skott Ahn, CEO of LG Electronics Mobile Communications Company. With some of our earlier handsets, LG emphasized great style. Now we are focused on functionality and features to go along with our good looks. LG is always trying to identify unspoken customer needs and create new mobile trends.

And if you thought LG’s innovative days were behind it, I present to you the LG Wing which is perhaps one of the most unique, bizarre phones to ever get a commercial release. This 5G phone is basically unlike anything you have seen before.

The big idea with the LG Wing is that it has two displays. But unlike newer foldable phones, it doesn’t fold. Instead, one of the displays flips around horizontally to give you a “wing” – it’s pretty crazy, but you have to doff your cap to LG for this one. Literally no one else could have come up with a phone like this…

Here’s what LG said about the LG Wing at a launch:

LG WING’s two displays and revolutionary form factor facilitate new ways to engage with certain apps and features, making it far easier to multitask. Users can watch their favorite movies in all their widescreen glory while searching for information about their favorite actors or discussing the movie via chat with friends.

For extra convenience, the Multi App feature allows users to create shortcuts for pairs of apps they typically use together. Swivel Mode can also prove handy when driving, allowing users to follow map directions on the Main Screen reserving the Second Screen for calls, which on other phones would cover the map. Changing the orientation of LG WING creates all kinds of new possibilities for multitasking and enjoying content.

You know how all modern smartphones now come with an ultra-wide camera? Well, LG was the first phone company to utilize this camera tech in its phones. The world’s first ultra-wide angle lens camera launched inside the criminally under-rated LG G5 in 2016, as well as the LG V20 which also launched in 2016.

This was a major development in the phone space, something that had a massive effect on the market at large for years to come, and literally nobody ever gives LG any credit for it. Did you know it was the first to ship a phone with an ultra-wide angle camera? I did. But only because I was one of the few people in the world that truly loved the LG G5.

Given all of the above, you’d think LG would be one of the biggest phone brands in the world. Sadly, this is not the case. In fact, it couldn’t be further from the truth; LG’s phone business is in dire straits and the outlook for 2021 and beyond is not good, as the brand loses more and more ground to newer, cheaper brands like RealMe, VIVO, Xiaomi, and OnePlus.

On January 20, an internal LG memo was leaked online by the Korea Herald. Here’s an extract of what was said in the memo (which was not meant for public consumption):

Since the competition in the global market for mobile devices is getting fiercer, it is about time for LG to make a cold judgment and the best choice. The company is considering all possible measures, including sale, withdrawal and downsizing of the smartphone business.

LG has since confirmed that the memo is real, that it was sent, and that the sentiment expressed in it is true. This means, come 2022, LG’s phone business could no longer exist. Things could change, LG isn’t writing off anything just yet, but the overall picture does not look good. In fact, it is looking incredibly likely that LG could go the way of HTC.

And if that happened, it would be a truly sad day for the mobile space… 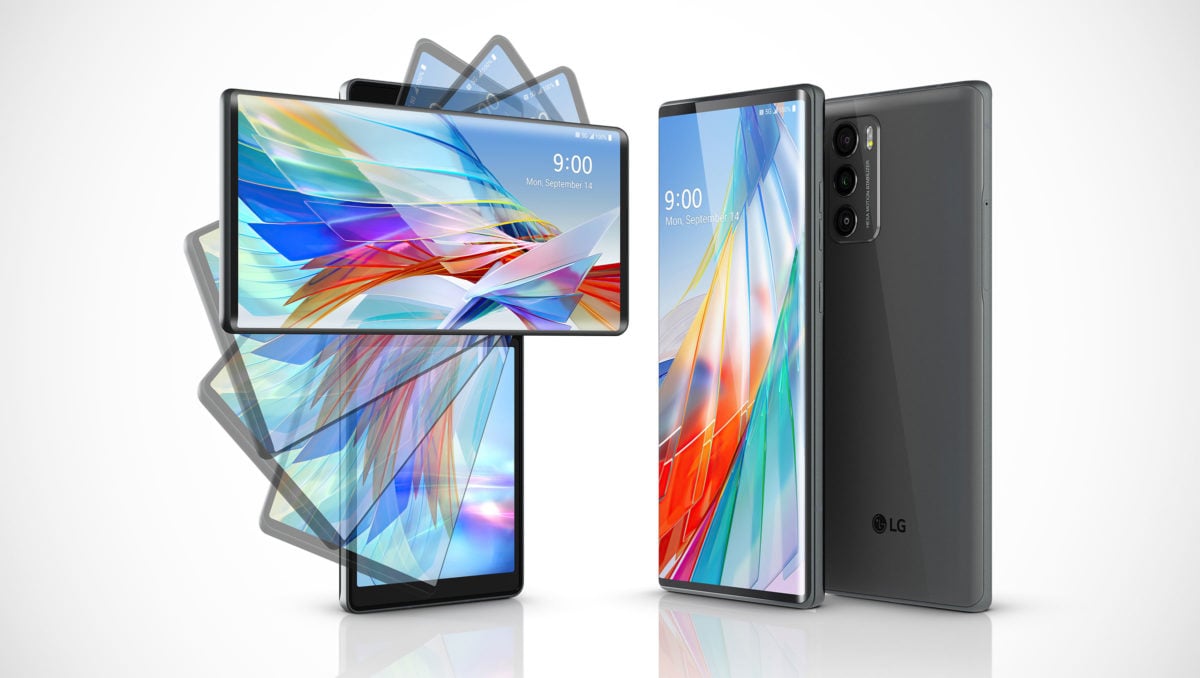