5G is here (apparently), and so too are 8K HDTVs. But neither is practical and, in the case of 5G, you’re looking at some pretty serious “bumps in the road” before we have parity with 4G mobile data…

The consumer technology industry is powered by marketing. And marketing is powered by gimmicks and buzzwords. And two of the latest buzzwords knocking around for access to your wallet are 5G data, 5G phones, and 8K HDTVs. But as you’ll see below, you’ll be far better off forgetting about both until at least 2022…

But isn’t 5G meant to change the world? Yes, it is – and carriers have no problem making grandiose claims about its capabilities. But here’s the issue: 5G is NOT ready for mass-consumption. And it won’t be for a good long while, despite the claims of carriers and handset makers, which begs the question: why should you pay more for a 5G phone now, when a cheaper 4G model will work better?

Phone makers are simply attempting to extract more money from you with the promise of INSANE 5G speeds. But the reality of 5G has nothing to do with phones; it’s up to networks and carriers in the UK, US, and elsewhere to make it all work. And right now, 5G ain’t nothing to get excited about – especially if you’re in the USA.

The US 5G Rollout is Going Horribly…

The rollout of 5G in the US has not gone smoothly. AT&T, Verizon, and T-Mobile have all made massive claims about 5G, that it’s here and ready to use, but the reality is that all networks (even combined) lack the type of coverage you’d need to actually get any value from paying extra for 5G connectivity. In fact, you’d probably spend 90% of your time on 4G LTE connections, so why pay more, right?

“Wireless networks on America’s urban cores are congested by video streaming,” notes Android Police, “its suburbs spotty, and its rural markets woefully underserved. After even 10 years of 4G development, most carriers can’t even keep up with typical (read: pathetic) American home broadband speeds.” 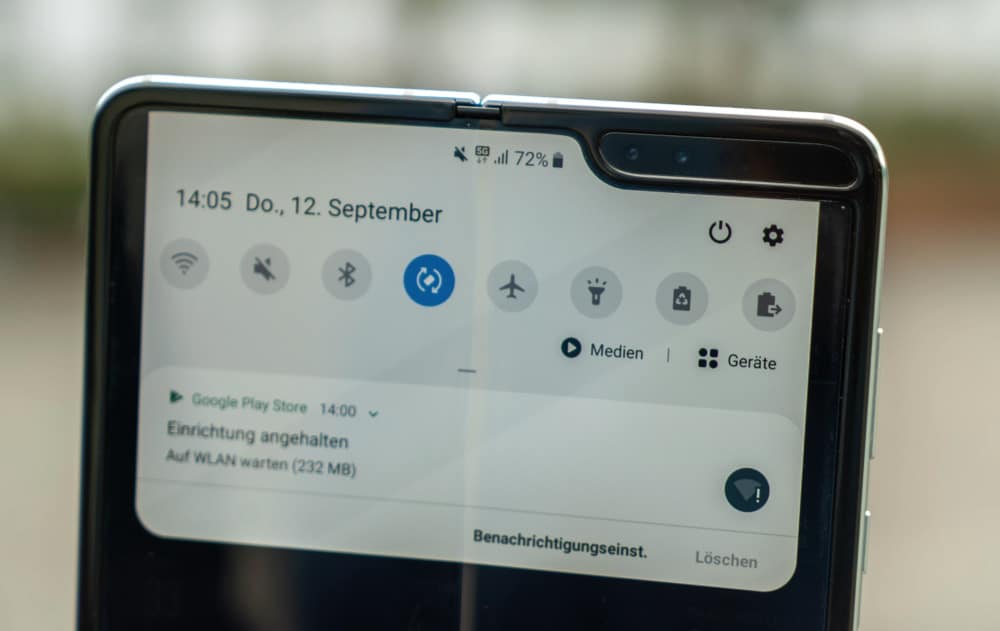 And if you can’t get 4G LTE working as promised, what chance is there of 5G – a far more complicated standard – becoming to de facto mobile standard for the USA inside the next, oh, I don’t know… 5-6 years? Probably zero. And yet, wherever you go, you’re constantly propositioned by ads from carriers pushing the 5G message? It’s crazy.

The FFC is also holding things up too. In order to deploy 5G correctly, you need to be able to take advantage of the mid-band, this is what they do in Korea and China, but in the US that band is used by satellite and military radars which causes some problems. Slowly but surely, the FCC is now auctioning off sections of the mid-band, though the hold up has already caused plenty of issues.

In South Korea, for instance, carriers are on track for 90% 5G coverage, and this is all thanks to the freeing up of the mid-band. In the US, 5G reaches just 3% of the population, and most of them are in major cities like LA and New York. By 2022, Korea will have 100% coverage – even in rural areas. How long will it take America to achieve the same figure? Five years? 10 years?

What About The 5G Rollout In The UK?

Again, it’s arguably going better than in the USA but it’s still not ideal. The UK is using sub-6GHz frequencies to roll out its 5G network. This is good for coverage, as the band isn’t too congested, but it is bad for range, which means more masts and 5G cell towers, and it isn’t great when you’re indoors, as walls cause problems for higher frequency waves.

Essentially, you need to be near a mast or 5G cell tower in order to get optimal speeds. Overcoming this will one of the UK’s biggest challenges when it comes to evolving and spreading its 5G networks outside of its major city locales. And then there are the prices – in the UK, 5G data plans are not cheap. And, again, you’re paying for something you might not be able to access half the time.

Which brings us round to my original point: why would you buy a 5G phone in 2020? If you live in a major city – like right in the middle of one – then, yes, potentially, 5G could be worth it. But for literally everybody else, a 5G phone and supporting contract, particularly if you’re in the US, is just not worth it right now. And I don’t think this will change much inside 2021, either…

Like 8K HDTVs, 5G phones are nice to have, are cutting-edge, and hella expensive. But you don’t need an 8K HDTV – even though one’s like this MONSTER from Samsung is very sexy! What would you watch? Netflix doesn’t do 8K, and neither does Sky or any major cable network. You’d just have a big TV with lots of potential but no way to utilize it, save for the odd YouTube video…

And this is why 5G and 8K TVs are so similar; they’re both nice things to have and, in a few years, they’ll be very useful. But right now they’re just not worth the cost – both are just WAY too expensive for the service and user-experience you’re going to get.

And that, sadly, is not going to change any time soon.

My advice? Get yourself a 4G phone and a 4K TV (they’re actually pretty reasonable these days), both will last you a solid few years, providing you look after them. And when it comes time to update your phone and your HDTV, who knows, maybe 5G and 8K content will be up to scratch?