If you’re looking for the best UK deals for Apple’s iPhone 11, look no more – here are all the best iPhone 11 deals from all of the UK’s biggest networks…

How To Find The Best iPhone 11 Offers

If you’re looking for a killer iPhone 11 deal, the tool above is designed just for you. With it, you can filter thousands of iPhone 11 offers from the biggest and best phone networks. You can filter by monthly cost, by data, by upfront cost, or by contract length.

Playing around with the filters will pull in different iPhone 11 offers, so if you’re looking for the lowest possible deal on an iPhone 11, or iPhone 11 sales, whereby the phone is discounted in order to get rid of excess inventory ahead of the release of the iPhone 12, you’ll find them inside the tool above.

When shopping around for the best iPhone 11 deal, you’ll want to ensure that you go with an offer that has enough data. Some iPhone 11 deals come with minuscule amounts of data – and you DO NOT want this. My general rule of thumb with phone data is to NEVER go lower than 10GB a month.

For optimal user experience, you’ll want to ensure your iPhone 11 contract comes with at least 10GB of data, though you’ll be far better off with either 20GB to 50GB or unlimited data. Not having enough data at your disposal will basically ruin your life with your iPhone, so always make sure you get enough – 10GB is the absolute minimum.

For the most part, Apple hasn’t changed too many things – this range of phones is more of a refinement over what came before, rather than a complete reimagining.

Like an S-cycle update, the iPhone 11 range is an incremental update. It doesn’t rock the boat but instead makes significant improvements to its power and performance and imaging capabilities.

If you’re after BIG changes to design and form factors, you’ll need to wait around 12 months for the release of the 5G-ready iPhone 12. Bizarrely, none of the current iPhone 11 handsets feature support for 5G, which is off when you consider the $500 OnePlus 7T does… It’s not all doom and gloom, though, because Apple has introduced its new A13 CPU which is accompanied by its third-generation Neural Engine, a machine learning intelligence that is capable of over one trillion computations per second.

Apple says the A13 chipset will wipe the floor with Qualcomm’s Snapdragon 855, Samsung’s Exynos platform, and Huawei’s Kirin 980 CPU. How? Simple: Apple has loaded it with more transistors than ever before; the A13 rocks 8.5 billion translators compared to the A12’s 6.9 billion.

And more transistors mean more performance, more improved power efficiencies across the board. The A13 features a total of 18 cores – six-core CPUs, four-core GPU, and an eight-core Neural Engine. Of the A13’s six CPU cores, four are dedicated to low power activities and basic phone operations, whereas the two additional cores only spring into life once you start pushing the phone with things like gaming and image/video editing.

On top of this, Apple has confirmed that the new A13 chipset is vastly more power-efficient (around 40%) and faster by as much as 20% when compared to Apple’s outgoing A12 CPU. According to the company, the iPhone 11 range gets a battery life boost of over four hours, thanks to the advancements made with the 7nm A13 chipset. The A13 chipset, thanks to its two performance cores, will also make short-work of advanced photo and video editing.

Apple never talks about details at the launch of its new phones. It didn’t mention the size of the iPhone 11 range’s batteries, nor did it discuss how much RAM the phones would have. Fortunately, @OnLeaks has done some digging and found out exactly what each new iPhone is packing with respect to RAM and batteries. And this is what it looks like:

Why Apple didn’t mention any of this is beyond me; all of the iPhones inside Apple’s iPhone 11 range have received significant increases in both RAM and the size of their batteries over last year’s models. The upshot of this? Increased performance and extended battery like – AKA the #1 thing all users want.

iPhone 11 Does NOT Feature 5G 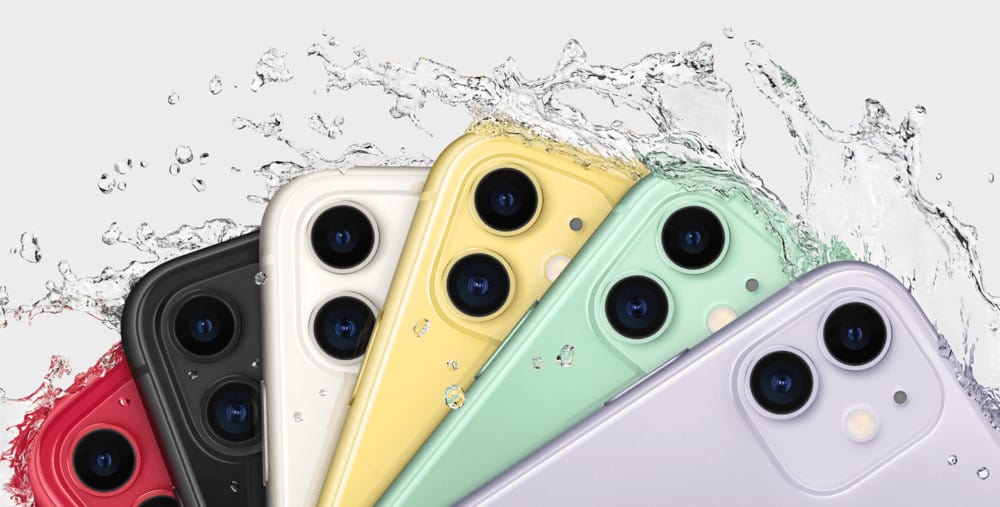 One of the biggest downsides to Apple’s iPhone 11 handsets is to do with connectivity – none feature 5G. Why? Apple didn’t have the correct modems ready in time. This is why Apple just spent BILLIONS acquiring Intel’s mobile modem business – it wants to make its own 5G chips for 2020’s iPhone.

Here’s what Apple analyst Ming-Chi Kuo said about Apple’s plans for 5G on its new iPhones:

“We now believe that all three new 2H20 iPhone models will support 5G for the following reasons. (1) Apple has more resources for developing the 5G iPhone after the acquisition of Intel baseband business. (2) We expect that the prices of 5G Android smartphones will decline to $249-349 USD in 2H20. We believe that 5G Android smartphones, which will be sold at $249-349 USD, will only support Sub-6GHz. But the key is that consumers will think that 5G is the necessary function in 2H20. Therefore, iPhone models that will be sold at higher prices have to support 5G for winning more subsidies from mobile operators and consumers’ purchase intention. (3) Boosting 5G developments could benefit Apple’s AR ecosystem.”

The iPhone 11 looks practically identical to the iPhone XR and the iPhone 11 Pro Max and iPhone 11 Pro look just like the outgoing iPhone XS and iPhone XS Max. They’re incremental. All the changes are to do with specs, performance, and imaging. If that’s boring to you, well, Apple doesn’t seem to care – it’s been doing things this way for over half-a-decade now.

In order to get a better idea of how these new iPhones are designed, let’s take a look at each of them in more detail. First, let’s kick off with the entry-level iPhone, the iPhone 11. 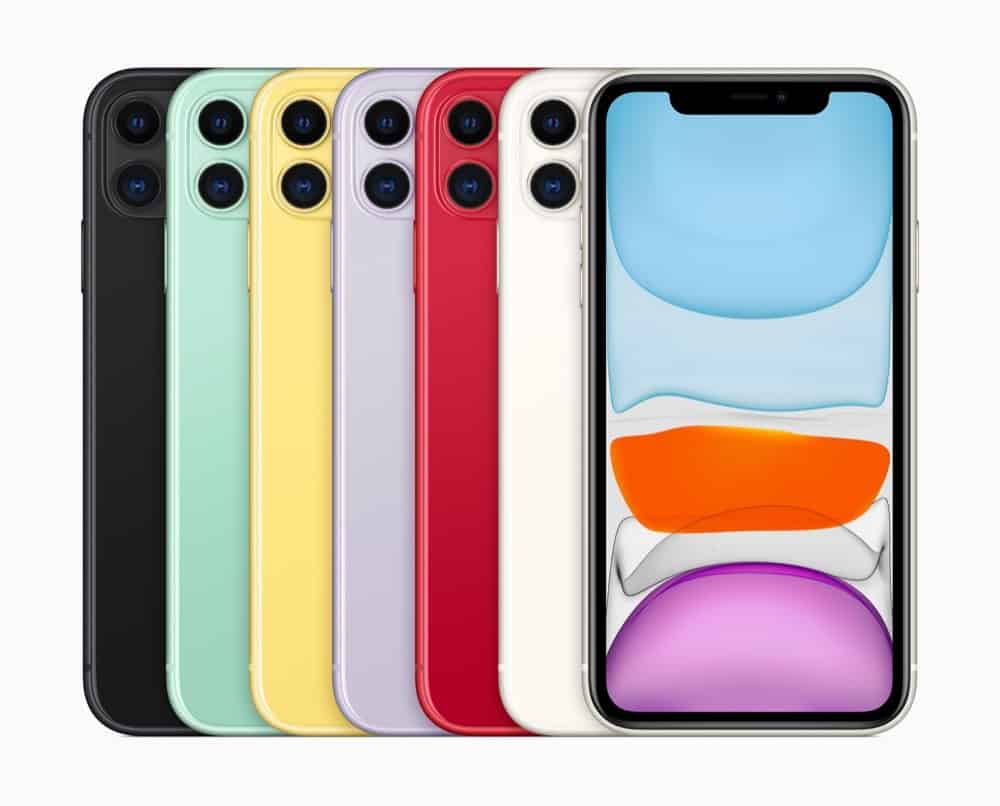 The iPhone 11 replaces the iPhone XR; it is Apple’s entry-level iPhone and, surprisingly, it is cheaper than the outgoing iPhone XR. The iPhone 11 looks exactly the same as the iPhone XR, although it is available in a few new color options.

The main difference between the iPhone 11 and the iPhone XR, save for the internal specs, is the camera array on the rear of the iPhone 11 – it now has a dual-lens camera, which will shoot wide-angle photos with ease. This is a very cool addition.

The iPhone XR is Apple’s best-selling iPhone, so it’s easy to see why it has drilled down hard on the iPhone 11 and made it cheaper. The inclusion of new color options as well as updated internals and the addition of a dual-lens camera on the rear should propel this handset, once again, to the #1 spot in 2019 and beyond. The iPhone 11 Pro replaces the iPhone XS. In terms of physical design, again, not much has changed. You now have a triple-lens camera array on the back and more advanced internal specs, which will boost performance by 20% over last year’s iPhone XS.

Apple has added a new color for its iPhone 11 Pro range handsets; it’s called Midnight Green. The biggest change to the iPhone 11 Pro over the iPhone XS is the camera and its internal specifications. Everything else – from the way it looks and feels – remains more or less unchanged.

The iPhone 11 Pro Max is Apple’s true flagship handset. It has the largest battery life, the largest amount of available storage (up to 512GB) and the best camera performance. It is also the most expensive iPhone in the range, picking up where 2018’s iPhone XS Max left off.

It’s available in the same color options as the iPhone 11 Pro, so: Space grey, Silver, Gold, and Midnight Green. And is also the latest model in Apple’s new iPhone 11 range of phones; it has a 6.5in OLED panel that is said to be one of the best mobile displays in the business.

Again, the main event here is not the design. The iPhone 11 Pro Max is all about POWER, giving you the best possible iPhone experience for a price. If you go with this model, you’ll get the most advanced camera Apple offers, the most storage, and the biggest battery life of the range. As the name suggests, the iPhone 11 Pro Max is designed for professional/hardcore phone users. 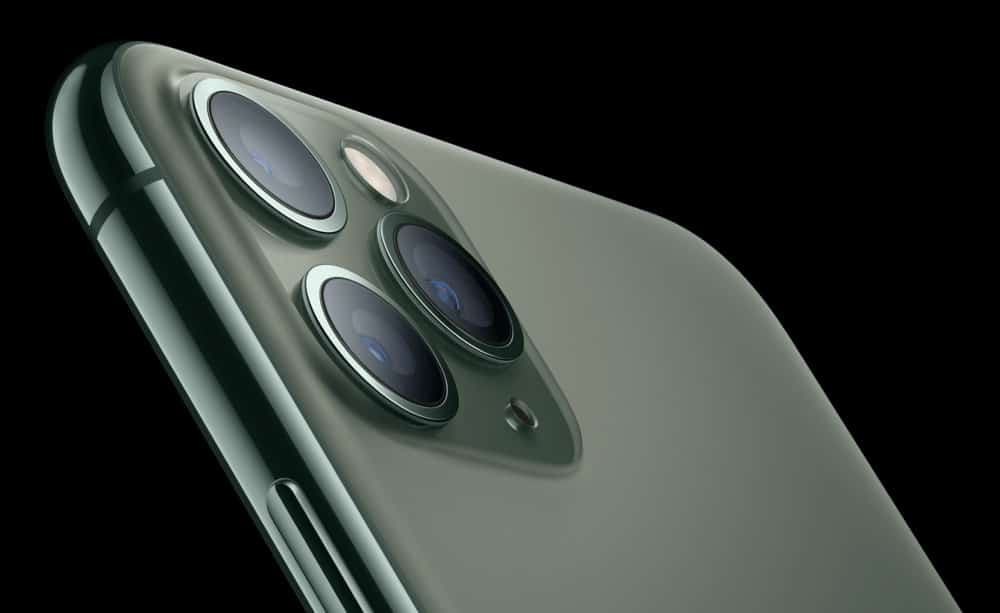 The new cameras inside the iPhone 11 range are really what these phones are all about. Photography is a huge draw for consumers, so Apple has attempted to make its iPhone 11 range the ultimate camera phones on the planet. All models feature updated cameras.

The iPhone 11 now features a dual-lens camera on its rear. The first lens (12MP sensor, 26mm f/1.8, Optical image stabilization) features the new Night Mode which is designed to improve the performance of the iPhone 11 in low light, bringing it more in line with Google’s Pixel phones.

The second sensor (12MP ultra-wide, 13mm f/2.4, 120-degree field of view) is designed to help iPhone 11 users capture a larger field of vision when taking shots. Inside the app, you will be able to switch between the two lenses and see what each is capturing. The ability to capture ultra-wide images on base-level iPhones was sorely missing on the iPhone XR, so its inclusion here is significant.

If camera performance is important to you, the iPhone 11 Pro or iPhone 11 Pro Max is what you want to be looking at. Not only do they feature triple-lens units on the rear, but they also feature extended dynamic range and cinematic video stabilization for improved video capture on the move.

The triple-lens system also makes some significant updates to Portrait Mode on the iPhone 11 Pro models. You can now switch between Wide and Telephoto framing to get a wider field of view. On top of this, Apple’s new telephoto lens features an f/2.0 aperture that captures around 40% more light than its outgoing iPhone XS. The net result of this? Better-looking photos in ALL conditions. Even low-light.

You also have Smart HDR, which uses Apple’s machine learning engine, to recognize subjects in the frame and make adjustments on the fly, ensuring all subjects in the picture are in focus and lit correctly. Later on this year, Apple’s releasing something called Deep Fusion. This new machine learning technology will be able to analyze images on a pixel by pixel basis, finding any imperfections, and then fixing them within milliseconds.

On the front of the new iPhones, you have a 12MP camera that has been updated with Apple’s new TrueDepth camera. The idea here is simple: more detail and depth for selfies. Again, Apple knows people take A LOT of selfies, so adding in a more advanced bokeh effect to the iPhone 11’s front-facing camera, again, makes a lot of sense.