12 Of The Scariest Video Games Of All Time – PS4, Xbox & Nintendo

Some of the most memorable console games are among the horror variety. Something about the horror genre in gaming usually lends itself to deeper, more gripping stories, more emotional involvement from the player, and, of course, plenty of scares.

If 2020 events haven’t scared you enough and you feel like you need more chills, fire up any of these video games to get the fright of your life. And no matter what, don’t play these games with the light off!

What Remains of Edith Finch 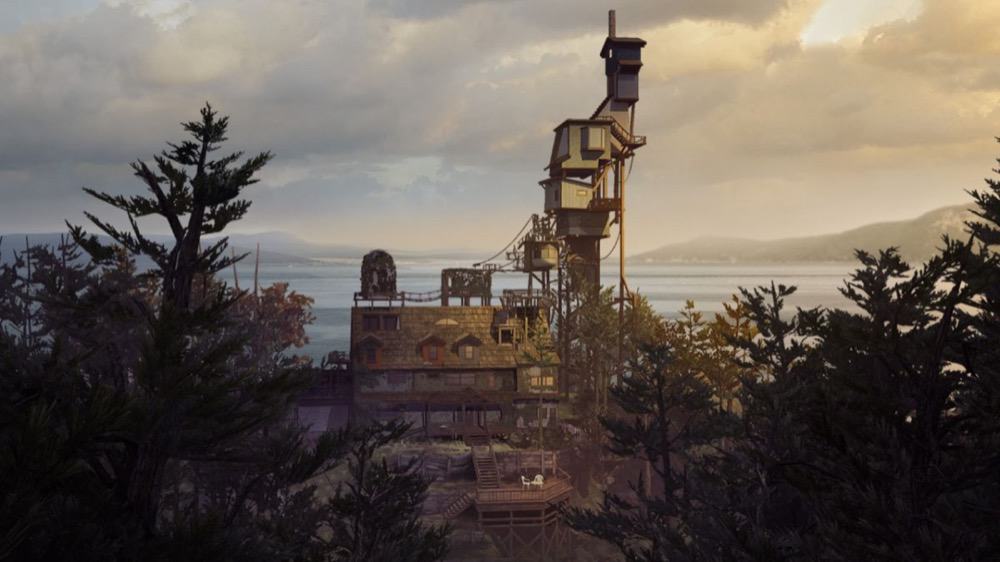 This first-person exploratory horror sees you take the role of Edith Finch as she retraces and relives the last moments of the lives of her family members–and tries to discover why she’s the only one left alive. Atmospheric and creepy, its told in sequential stories where you experience the life (and death) of each family member from the early 1900s until today. This first-person survival horror video game began its life as a spiritual successor to P.T., the playable teaser for the canceled video game Silent Hills. You wake up with a headache in an odd house. While searching for aspirin you suddenly realize you have amnesia–and are being stalked by some kind of supernatural being in the house. Is it the ghost of your ex-wife? You’ll need to play it to find out. 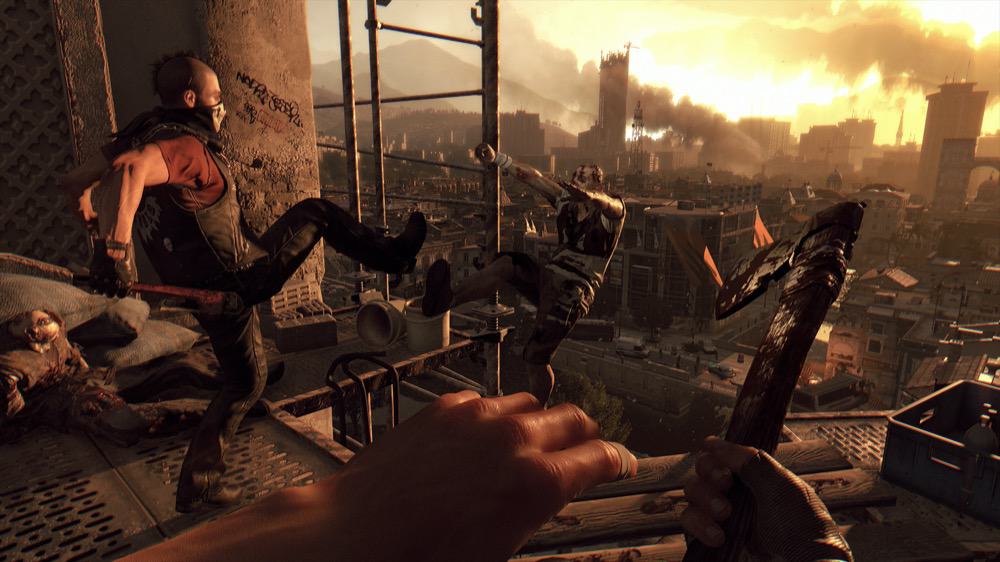 An open-world first-person action-adventure survival horror, Dying Light takes place in a zombie apocalypse in a quarantine zone in a city called Harran. You play an undercover agent trying to get to the bottom of the mysterious outbreak and bring order back to the city. What makes this game so good is that during the day, the zombies are scary enough, but as soon as the sun set, the become more aggressive and dangerous–and much harder to see. 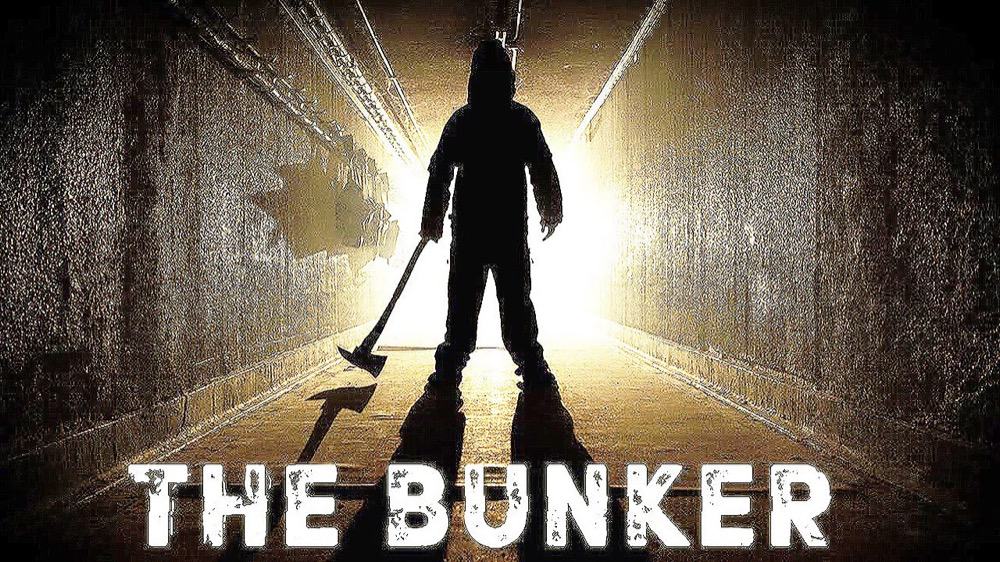 This game takes the form of a live-action psychological thriller where you play as John, a boy born in a secret nuclear government bunker on July 3, 1986 — the day nuclear war broke out. You’ve been living in the bunker for 30 years and everyone else has died. Then one day an alarm goes off and you need to explore deeper and deeper into the bunker, going places you’ve long forgotten. It’s a terrific horror that will keep you on the edge of your seat. 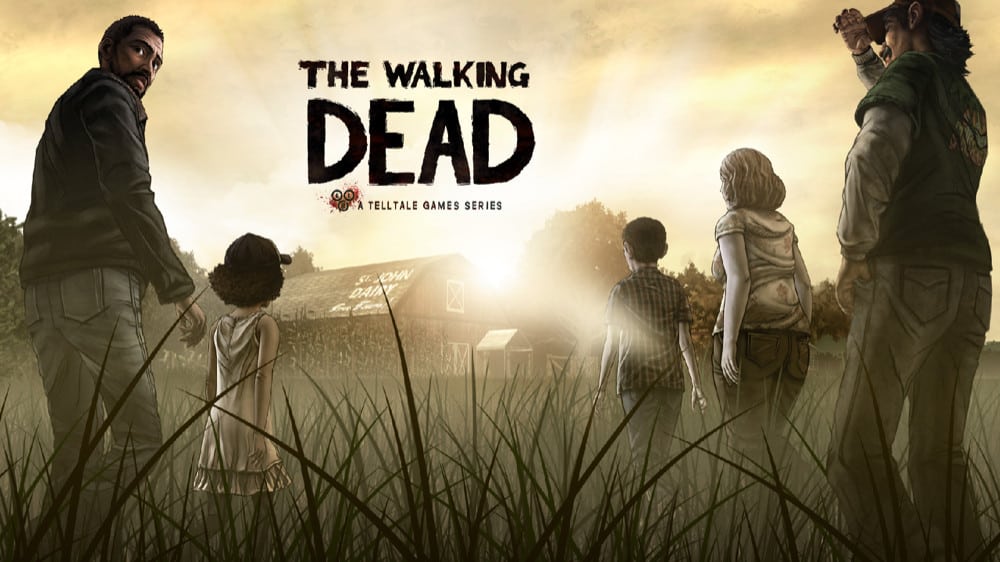 This is the game that put game developer Telltale on the map. It’s a truly engrossing story that takes place int he comic book universe of The Walking Dead. In the episodic interactive drama graphic adventure video game, you play Lee Everett, a convicted criminal, who is in the back of a police car when it wrecks at the beginning of the zombie apocalypse.

Unlike many episodic games, Walking Dead The Complete First Season (it’s called that because it includes all five “episodes” of the game) focuses on story and character development over puzzle-solving. You’re forced to make hard, more choices, which decide what storyline the game will progress down. The ultimate aim is to protect one of the best video game characters of all time, an orphaned little girl named Clementine, who you will come to care about as if she were a real person. 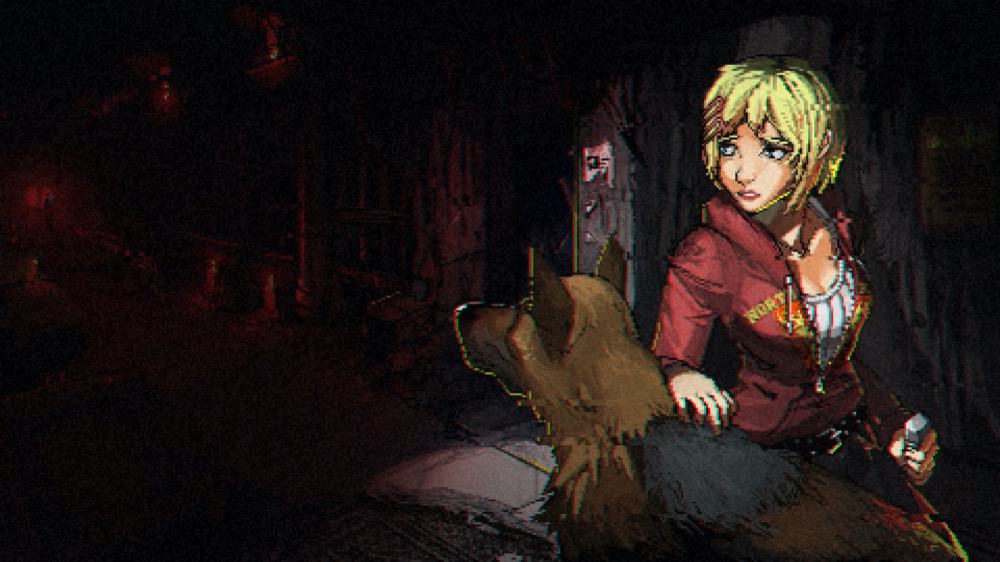 This retro-styled psychological thriller is an amazing game. As per the developers’ synopsis: while visiting her sick mother, Claire takes a wrong turn and stumbles into a dark passage of echoing doors and abandoned rooms. Lost, and attempting to find her way back, Claire encounters an over-protective dog and few denizens who are seemingly uninterested in Claire’s plight.

Did they block the doors and windows to keep something out, or is a malevolent force stopping Claire from leaving? Why does the sun seemingly never rise and why are there red candles scattered across the grounds? As panic sets in, time slips and begins to fall away. Friday the 13th is one hell of a game. Based on the original movie the gameplay is unique in that it’s an asymmetrical multiplayer in which one player controls Jason Voorhees and the others control those poor camp counselors who are either trying to flee Camp Crystal Lake (the smart move) or kill Jason (good luck!). 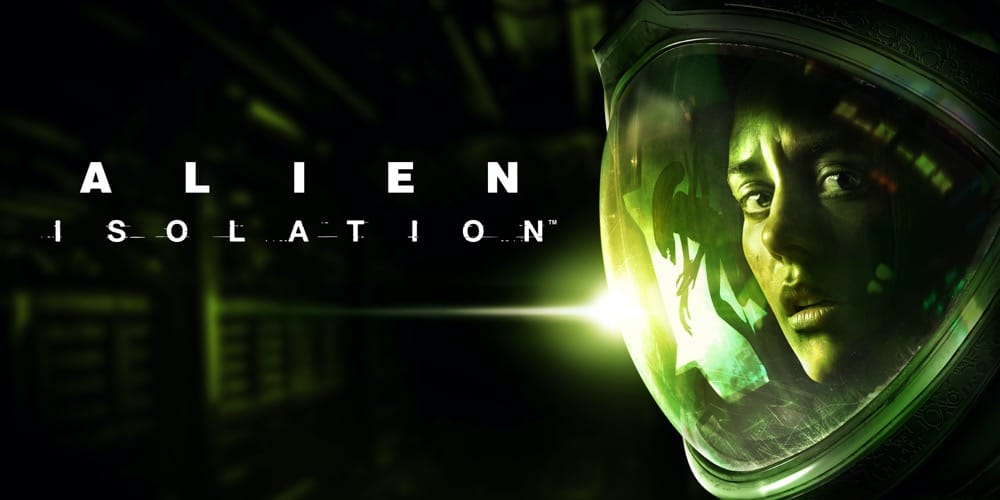 This excellent thriller is based on the original 1979 Aline movie. In it, you play Ellen Ripley’s daughter Amanda trying to discover the truth behind her mother’s disappearance. The survival horror sees you among a disparate group of survivors on Sevastopol, a decommissioned trading station on the fringes of space, trying to salvage an existence under the constant threat of a lone Alien. You’ll feel isolated and terrified but have a great time nonetheless. 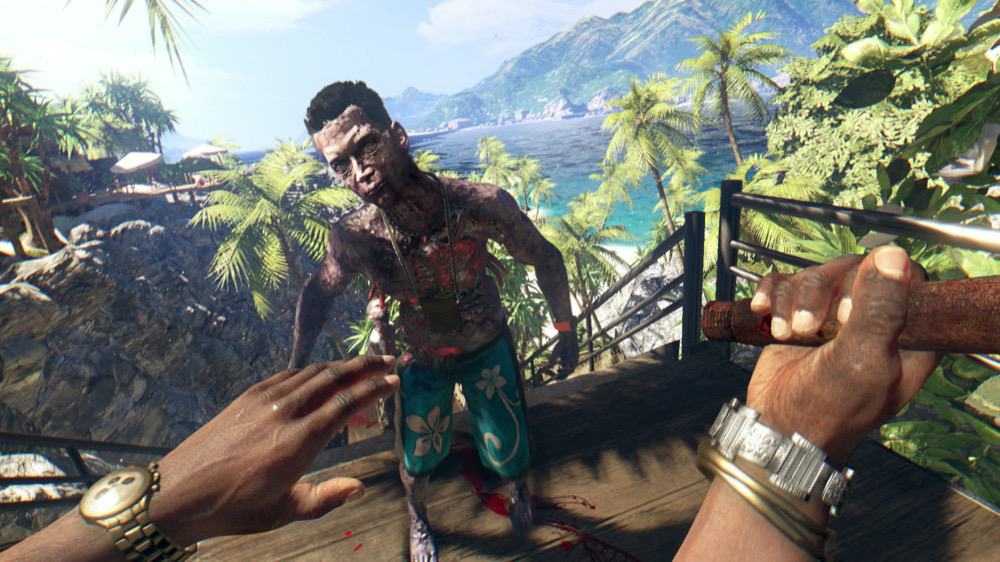 This open-world survival horror action role-playing video game is now almost a decade old, but still, it’s a terrific entry into the horror genre. You’re on a tropical island living the high life at a resort when there’s a zombie outbreak. Explore the beautiful island landscapes as you fight (or try to avoid) zombies, reduce survivors, and power up your weapons–all while trying to figure out just what happened on the island, and seeing if you can escape it. 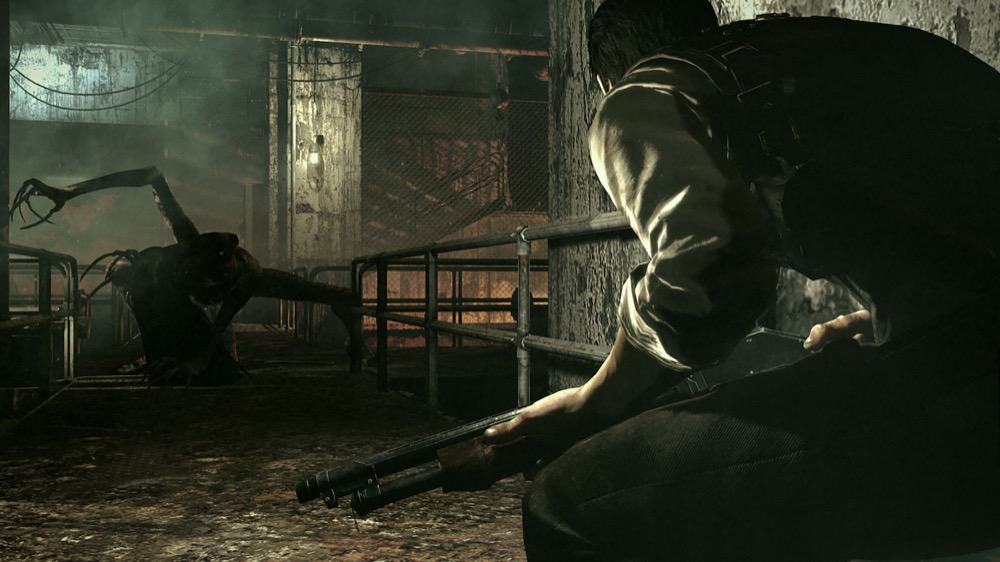 This a third-person survival horror was directed by the Resident Evil series creator, Shinji Mikami. The game follows protagonist Sebastian Castellanos as he transverses a distorted world full of surreal locations and nightmarish creatures. Played in a third-person perspective, you savage for supplies and must learn when its best to fight or to run to survive. An excellent score tops off this game’s creep factor. 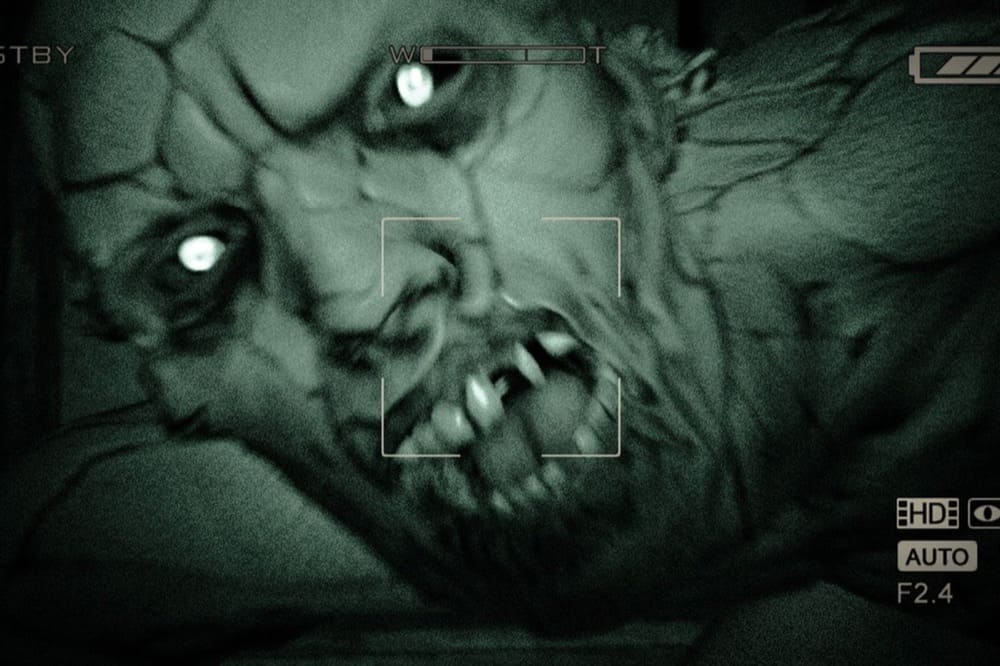 I can’t think of any place I’d rather not be than an abandoned insane asylum–but it makes an excellent setting for a horror game. In the game, you play a journalist intent on finding out just what is happening at a mysterious insane asylum on the outskirts of town. But instead of just roaming around Silent Hill style, the game relies a lot on night-vision mechanics, which makes exploring this hellscape terrifying. 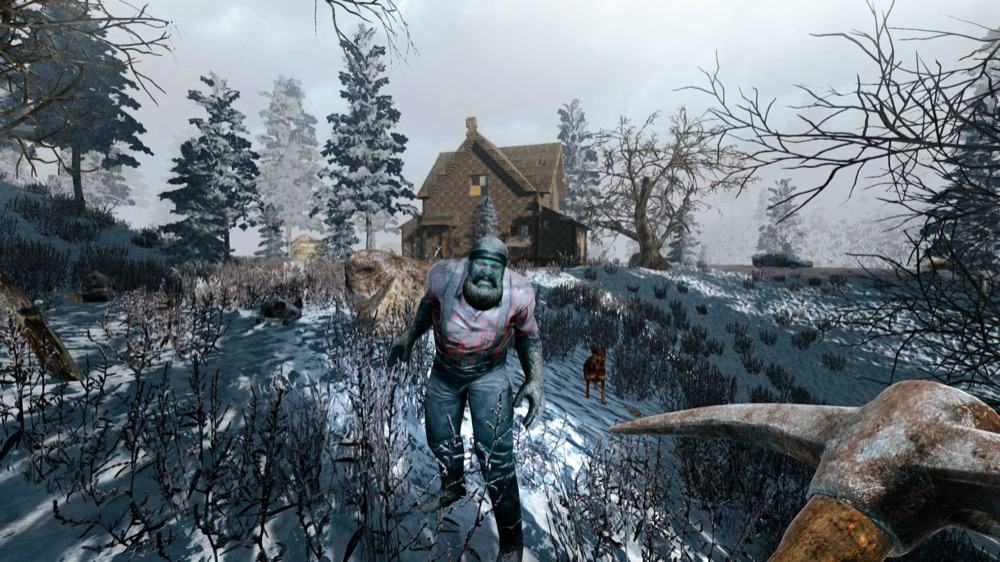 This horrifying survival horror video game is set in an open world that will give you the creeps. Set after a nuclear Third World War destroyed much of the world, the game takes place in Arizona, you play a survivor who needs to survive by finding shelter, obtaining food and water, and scavenging for supplies while fighting off the zombies that were created as a result of the nuclear fallout.