We’re not trying to make you feel old, but Spotify is now in its 16th year of existence. It is the most popular music streaming platform in the world if you don’t ask an Apple user – but who exactly owns it? Let’s take a look…

If you like music, you’ve undoubtedly heard of the streaming service Spotify.

Spotify presently has 217 million monthly active users worldwide, including both subscribed and free users, according to data. A large number of people are using Spotify, and the service provides over 40 million songs to choose from, whether they like rap, rock, soundtracks, or pop.

Despite competition from Deezer, Tidal, Amazon Music, Apple Music, YouTube Music, Quobuz and many other streaming platforms, the service, which provides its services to over 70 different countries around the world, has maintained one of the top positions in the market since its launch.

Due to its vast user base, lengthy history, and recent statement that the business plans to sponsor Barcelona’s Camp Nou Stadium starting next season, it’s no surprise that the company is worth multiple billions – but who are the individuals in charge of it and who is the company’s owner?

Daniel Ek, an entrepreneur from youth, began his career as a freelance web designer at the age of 14. His website-building talents allowed him to make $50,000 per month while still in school, and he even hired classmates to assist him in meeting customer demands. Ek enrolled in college to study computer technology but stopped out after finding it to be too monotonous. He launched his first firm, Advertigo, which was eventually bought for $2 million by TradeDoubler.

Developers’ salaries, office expenses, and the leasing of music rights were all paid for out of pocket by Martin Lorentzon’s own cash. Even though they made an effort to persuade investors, Martin was displeased with the circumstances under which they were requested to work on the project.

With the two co-founders discussed and their continued friendship confirmed by the duo in most interviews, the institutional stockholders are the next group to be discussed, with Sony Music Entertainment being the most well-known. Throughout Spotify’s existence, each of these firms has hopped on board and provided financial assistance at key stages in the company’s history.

In 2015, the business established a deal with Spotify, which resulted in Spotify being Sony’s official streaming music provider for PlayStation consoles. This is why Sony allows gamers to use Spotify to stream music while playing video games on their consoles. Sony Music Entertainment controls less than 5% of the company’s entire share capital.

Tencent Music Entertainment is arguably the largest business that owns shares in Spotify. They are the biggest music company to come out of China, and also publish some of the world’s biggest videogames including PlayerUnknowns BattleGrounds (PUBG).

Controlled by Tencent Holdings, Tencent Music owns 9.1% of the shares in Spotify, giving them almost twice as much say in matters than Sony Music, which indicates the stature and magnitude of this company’s size.

Baillie Gifford is an investment management firm that was established more than a century ago. They are long-term investors who place a strong focus on the growth of some of the world’s top firms as part of their investment strategy.

They now manage over $450 billion in specialised equity, which includes 11.8% of Spotify, making them the company’s second-largest stakeholder after the two co-founders.

Morgan Stanley is a New York-based international investment bank and financial services firm. Morgan Stanley was founded on September 16, 1935, by J.P. Morgan & Co. partners Henry Sturgis Morgan (grandson of J.P. Morgan), Harold Stanley, and others in reaction to the Glass–Steagall Act, which necessitated the separation of commercial and investment banking firms.

Morgan Stanley is a financial services company that advises and originates, trades, manages and distributes funds for organizations, governments, and people via its subsidiaries and affiliates. Institutional Securities, Wealth Management, and Investment Management are the company’s three main segments. 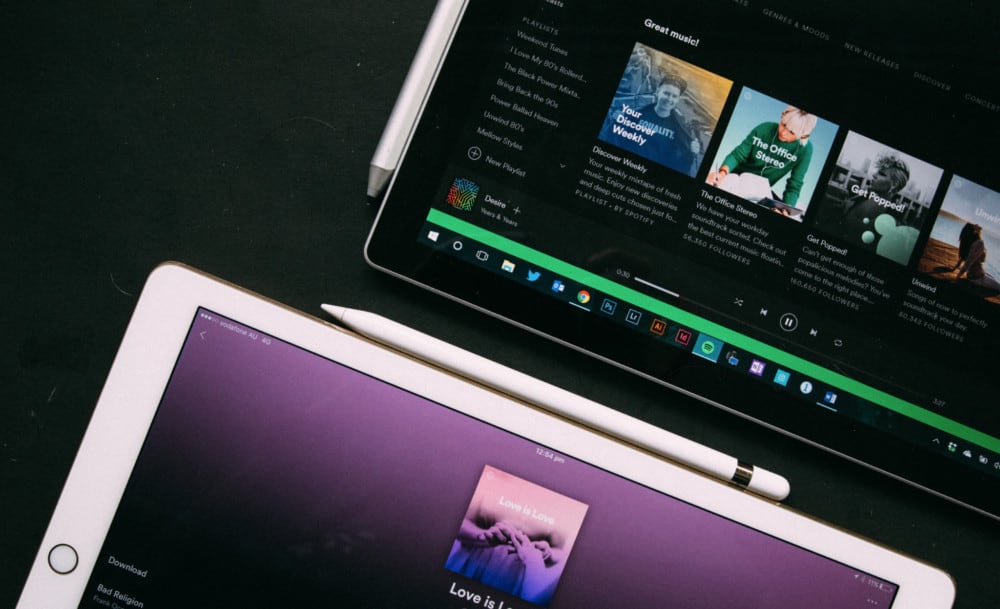 Spotify has over 35 million songs. It also has a TON of features!. Here’s our guide to Spotify’s top 13 hidden features you probably didn’t know about… Are My Spotify Playlists Automatically Public?

When we create a new playlist on Spotify, is it private by default or is it automatically made public for other users to find? Let’s investigate… Not enjoying Spotify and just want your account removed as you have no intention of using it again? It’s a straightforward process and we’ll guide you through it.