Google has now launched its Google Photo Books service in the UK.

The service launched in the US in 2017 but has now made its way across the pond to us in Blighty.

Well, read on – all will be explained.

What Is Google Photo Books?

Well, it’s based around your Google Photos collection – all the photos which get stored in your Google account when snapped on your Android phones.

On Google Photos you can already create digital photo albums, but Google Photo Books lets you get a bit nostalgic and have your favourite memories turned into a physical photo album, just like the one your Mum gets out occasionally to embarass you with baby pictures and family holidays (at least if, like us, you’re a child of the 80’s or earlier, that is).

Google’s not the only company to have ever offered a “turn-your-digital-photos-into-an-album” service, but it does make a lot of sense when you consider how many people’s photos automatically get backed up into their Google account cloud storage.

How Much Does It Cost?

Ah yes, it does indeed cost you cold hard cash to get a physical album made from your Google Photos album. It’s nicely competetive and affordable though; a soft cover book (18cm x 18cm) of 20 pages will cost a mere £12 – making it a pretty convenient gift for a friend or relative. Meanwhile, a 20 page hardcover book (23cm x 23cm) will cost £23.

You can add up to 100 additional pages in each book at £0.49 per page in soft cover books and £0.69 per page in hard cover books. The prices include VAT but not shipping.

How To Make A Google Photo Book

In your web browser, on a computer, you can head to this link and compose then purchase a Photo Book, however, you can also do it through the Google Photos application for Android and iOS on your mobile device. 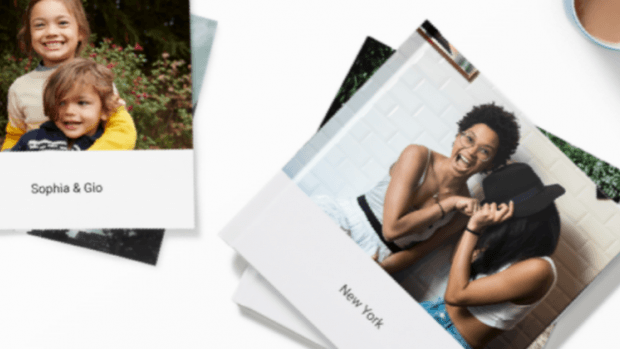