This App is Better Than Google Maps For City Folks

If you live in a city, try ditching Google Maps for Citymapper – I guarantee you’ll find it infinity more useful for getting from A to B…

If you live in a city and you’re using Google Maps (or Apple Maps) to get around, you’re missing out on one of the best navigation apps currently available for iPhone and Android.

I’m talking about Citymapper, of course, the transport app designed specifically for city-dwellers. And in this post, I’ll show you exactly why Citymapper is a better option for getting around your city than both Google Maps and Apple Maps combined.

If you live in a city, as I did for almost 12 years, chances are you don’t own or run a car. Instead, you take the tube or bus everywhere. Or an Uber if you’re feeling flush. Either way, you don’t have wheels, so you’re reliant on public transport, and, as any seasoned public transport user will tell you when it comes to buses and tubes, knowledge is power. 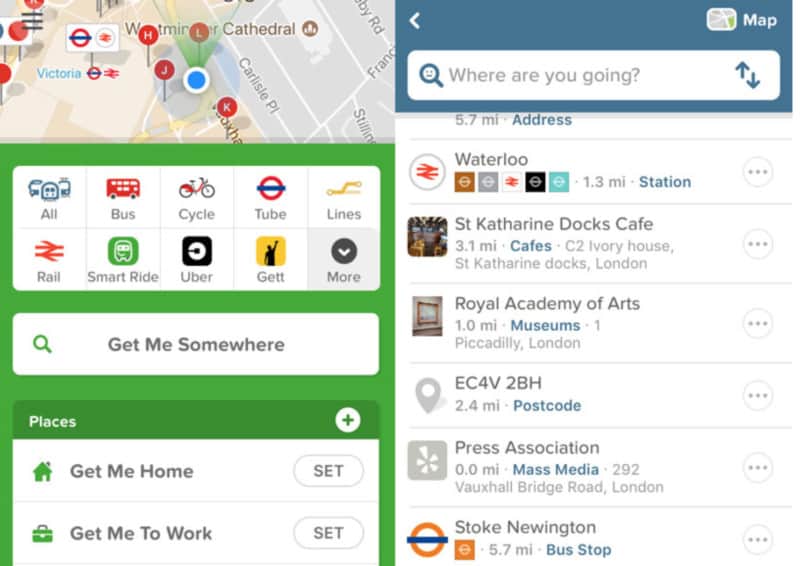 You need to know the times. You need to know what goes from where and how they all connect up. If you’re new to a city, say, London, for example, it can take months and, sometimes, years to get a handle on the complex web of bus and tube routes. At least, that used to be the case. Now you have Citymapper. And it basically changes everything.

Citymapper is basically the only app you’ll ever need to traverse a city. Inside the app, you can pull data on buses, tubes, and taxis. You can find exact routes, times, and even costs. Citymapper, like Google Maps, uses your location via GPS to calculate routes and then gives you options for all forms of available transport – from buses and tubes to boats and taxis.

The sheer amount of information you can pull from Citymapper is incredible. Once you’ve set up a few locations (where you live; where you work), you can then pretty much navigate entire cities in a few clicks, making your travel way more efficient. You’ll never have to guess again and, in some cases, as I did, you’ll find faster routes home from work.

Case in point: I used to work near Tottenham Court Road. I took the same bus to and from work every day. For several years. Then I discovered Citymapper, after a friend recommended it, and realized I had been doing it all wrong.

I followed Citymapper’s instructions and shaved 15 minutes off my commute. The new route was faster, less congested, and involved a nice 10-minute walk at the end. And for me, the less time spent on buses, the better.

How To Use Citymapper

Citymapper is super-simple to use. Just download the app, open it up, select your city, London, for example, and you’re done. From here you can add saved locations – where you live and your place of work. And that’s literally it. 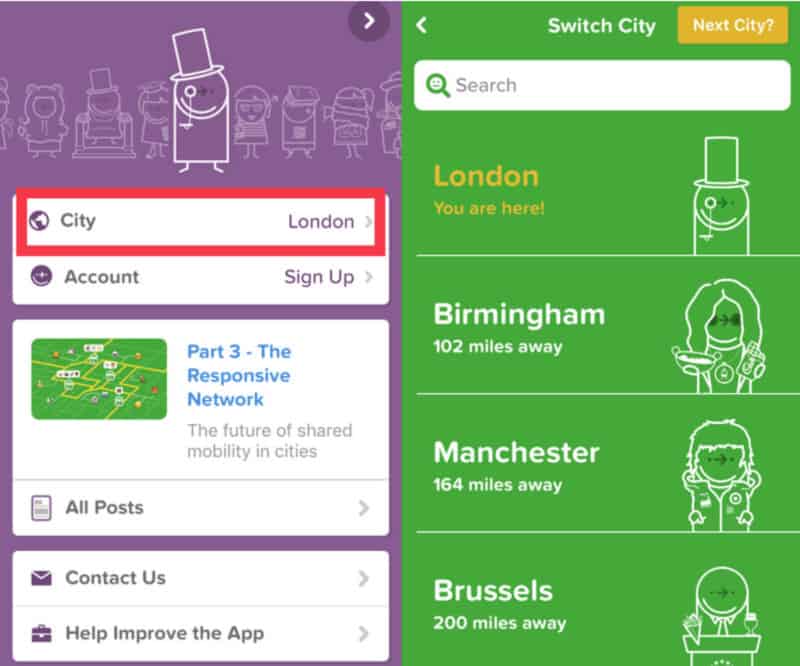 Now that you have Citymapper installed on your phone, you can basically use it every time you need to get somewhere. Citymapper is most useful when you’re in areas your not totally familiar with. As a journalist, I go to briefings all over the city, so I use Citymapper all the time for plotting my route to and from events and briefings.

Or, to get a macro overview of your journey, select ALL, and Citymapper will lay out all the potential options, so you can check out them all to see which is the fastest, the cheapest, or the one with the least changes. You also have options for Uber and Gett too, complete with estimated journey times and approximate costs.

Selecting A Route In Citymapper

Once you know where you’re going and you know how you want to get there, Citymapper will then give you detailed instructions. For instance, say you’re taking the tube; Citymapper will first give you walking directions to the tube station you need, then it’ll tell you which tube line to get on, as well as when the next tube is. Alongside this, Citymapper will also map out exact times for each leg of your journey, so you’ll know exactly how long it will take.

How To Save Your Home and Work Address

As noted earlier, when you start using Citymapper you’ll want to save your home address and maybe your work address too. Doing this just makes the app run smoother, as you don’t have to add your home and/or work address every time you plan a trip. 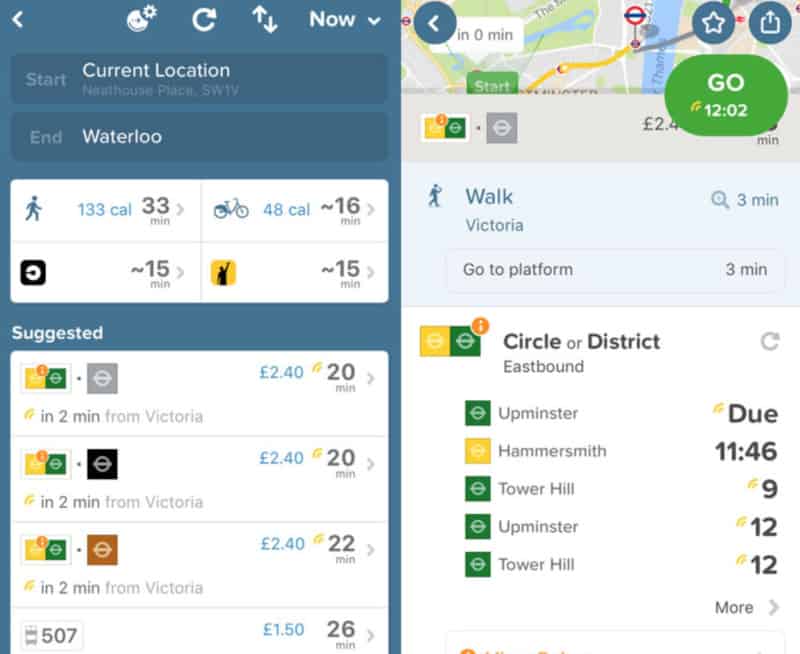 Saving your home and/or work address to Citymapper is simple, just follow these steps: Open Citymapper > On The Main Page, Select PLACES > Click SET > Select Either GET ME HOME or GET ME TO WORK > Enter Your Address > Save. You’ll want to do both, so just redo the steps to complete both addresses.

What Cities Does Citymapper Support?

As noted in the opening paragraph of this post, Citymapper ONLY works in cities and right now it ONLY supports the following cities:

You can download Citymapper via Apple’s App Store and Google Play.