Binaural beats can be used for lots of things – improving your sleep, meditation, even achieving gnosis. And these are the best Binaural Beats Apps for Android and iPhone right now…

What Are Binaural Beats?

Binaural (bi – two, aural- ear) beats are essentially an aural illusion that is created through the use of sound. Two slightly different frequencies are played in each ear, via headphones, and the ever-so-slight difference between the two frequencies creates the illusion of a beat.

The rate – pulse of the beat – depends on the difference between the frequencies being played in your ears. For instance, say you’ve goy 250 Hz in one ear and 240 Hz in the other, the beat would come from the 10 Hz discrepancy between the two. Make sense?

The part of your brain that processes sound (it’s called the olivary complex FYI) is basically hoodwinked by the differing frequencies of the sound and the byproduct of this is the binaural beat that is produced. You don’t need to understand how it all works, brain science is pretty complex, just know that it does – and there are plenty of studies to back this up. 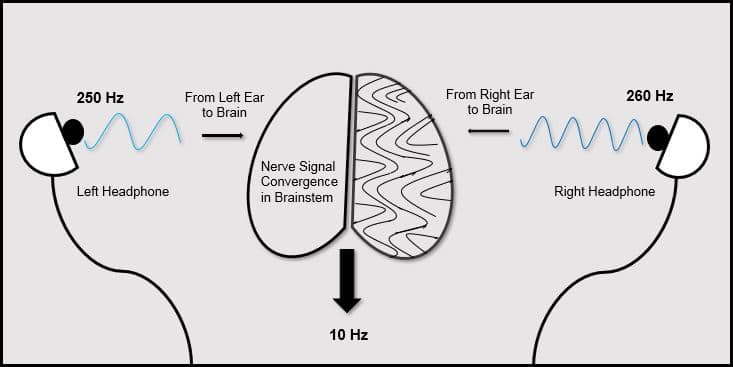 What do binaural beats do then? Essentially, the binaural beat is changing your brain waves, reducing them from an active state (gamma waves) down to a more relaxed state (Delta and Theta waves) which are associated with deep meditation, dreamless sleep, and relaxation.

People – myself included – use binaural beats to aid meditation sessions or, if you just need 30 minutes to yourself, to help clear your head prior to a big meeting or an event you’re nervous about. Anecdotally, I had a few issues with getting off to sleep back in 2015 (too much caffeine), and binaural beats helped me no-end is this regard. I’ve now sorted this (hello, decaf coffee) but it is definitely worth trying if you’re going through something similar.

Obviously, you need headphones for binaural beats to work. I use noise-canceling ones, as I find it aids the process. My current set-up right now is the exceptional Bose QC35 II’s which are by far and away the best over-ear headphones you can buy for under $350. I’ve tried binaural beats with non-noise canceling earphones, it works fine, but it’s just so much easier to get inside yourself when you have active noise cancellation.

Binaural beats can help you meditate better. Studies have shown that people who regularly meditated found it easier to achieve a meditative state while listening to binaural beats during their session. This is likely down to how the binaural beat affects brain wave activity.

Even if you don’t meditate, a binaural beat app could help you start a regular meditation habit – a lot of the world’s most successful people swear by daily meditation. The benefits associated with meditation are myriad, ranging from reduced stress, lower blood pressure, reduced inflammation, improved mood, and increased creativity.

My advice? If you don’t meditate, download one of these apps and give it a whirl, you’ve got nothing to lose – and plenty to gain.

Binaural beat therapy is not endorsed by the FDA and is not advised as a sole treatment for anything. Rather, binaural beats should be used as a helpful supplement for things like meditation. This is the #1 way to use binaural beats for maximum effect, as they do help you achieve a deep state of relaxation quicker.

And if you think that sounds like bunk, download one of the apps and try it for yourself – I guarantee you’ll be impressed by how quickly it has an effect. 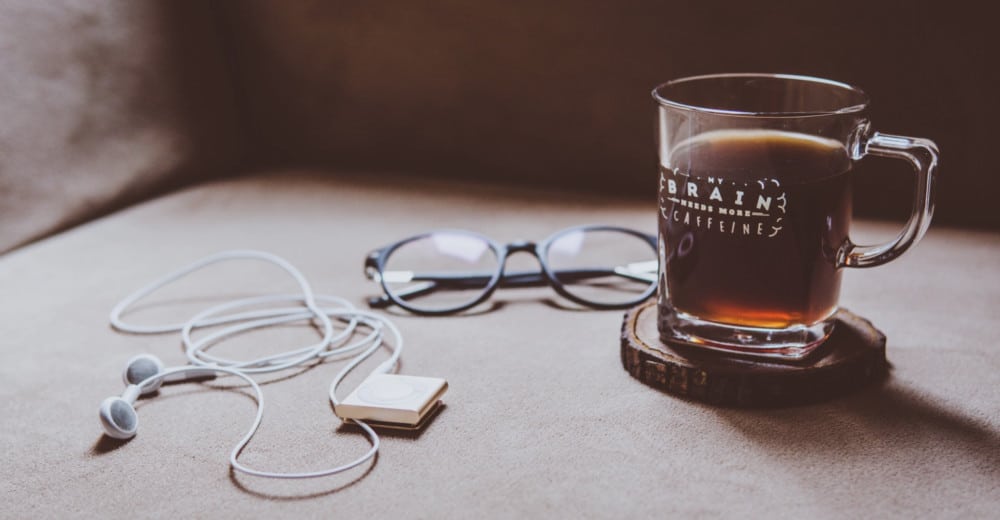